The Emerald Gateway (Lion’s Gate into the Eclipse, August 2017)

The Emerald Gateway (Lion’s Gate into the Eclipse, August 2017) 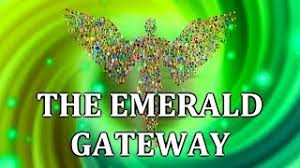 When we speak of the Emerald Gateway, we refer to the time portal or ‘period of time’ you are now experiencing.

This began around July 21st 2017 and will continue through the August 7th Full Moon into the August 8th Lion’s Gate, continuing through to the August 21st Eclipse and begin to close between August 23rd and 27th.