The Earth Expansion Theory in the Gulf of Mexico 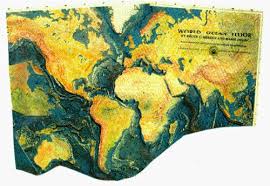 The Earth Expansion Theory in the Gulf of Mexico

The Gulf of Mexico is heating up due to a rise in magma flow convecting (running like a conveyor belt) under the Gulf floor. This is the Earth Expansion Theory, where the Earth heats up, filling the salt domes with tar (magma melting oil and creating tar), and pushing the ocean floor up. The tar bubbles as it heats up, and it outgases.

This expansion lifts the Gulf floor, which displaces the water and floods the coastal areas, and also causes movement along the bordering plate boundaries and fracture zones. Texas is now having more earthquakes everyday, including the 3.0 west of Waxahachie a few days ago along the Balcones. The Llano Uplift will respond, as well as the New Madrid.

This is the Earth Expansion Theory, with a flow of rising magma under the Gulf floor.