The Demise of the Slavery

The Demise of the Slavery 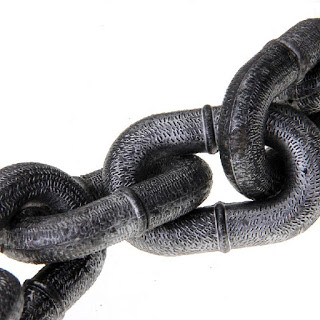 Its been about 10 months now we’ve been dealing with this court case. I don’t know how long it continues, it could be a while. From the pace of the Q stuff last October I predicted this could take 18 months, which wasn’t well received then, but we are in 10 months of this now.   So I may not be far off.  Heather doesn’t work within time, and she will tell you that, she works with events and their sequence and how to speed that up.

It is clear that politicians are dropping out right and left.  There’s no denying that many of the things predicted by Q have happened and are happening. All kinds of dots are beginning to connect for the public but confidence is not high that the corrupted courts will clean it up.  Trials, if any, will likely come through military tribunals.

This NXIVM sex slave scandal is tied into a good number of “Cabal” politicians. New York Attornery General  Eric Schneiderman has resigned.  He championed himself a defender of women yet is being revealed to be just another opportunistic abuser of women. He also canceled the NY investigation into the NXIVM sex slave cult which the Feds found good reason to pursue. NXIVM was based in Albany NY which is the capitol of New York.

A lot of people think human trafficking is limited to sex slaves, pedophilia or cheap Honduran or Asian Indian labor. The old fashioned sort of slavery with chains and punishments does still go on in this planet, in Africa, India and many countries. Slavery did not end with the American Civil War, it just went into a financial form. Abolotionist Salmon P Chase (from which Chase Manhattan gets its name) was the one who started the USA on a debt bond system of financing via the early telegraph systems.  The sex slave stuff coming out now (most of it out of Asia with Chinese women) is a debt bondage type of immigration that can never be paid off.  Its often mafia or covert operations funding. And who in this country has wanted MORE unfettered immigration? That has not been addressed much in the media.  And what group of beings has a long history of debt bondage?  Same ones who do it through the banking systems.  The NXIVM case is far more important in its implications and to the degree it reaches into so many areas of governmental and industrial corruption.  NXIVM was a far more insidious and covert control and blackmail type operation.

Human trafficking goes deeper than sex or house servants, although that is indeed part of it.  We have ALL been in a “very elegant slave system” as human slaves to the banking systems.   A system of financial bonds, rather than iron shackles.

When you live in a centrally planned economy run by central banks who finance it all with your value, which you are denied access to, can it be described as anything else?  You were told you were worthless and must “earn” your living, salvation, and merit.   You, every one of you, are all instances in body of the Creator of ALL.  PREPAID, PREAUTHORIZED, PREDEPOSITIED. KNOW THAT, FEEL THAT.  The bankers put “IN GOD WE TRUST” on our money… the TRUST they were referencing was not confidence, it was a financial trust!  The central bankers know very well all value comes from Source!

The bankers don’t want the pedogate stuff revealed, for that was but one control mechanism, as was the cocaine trade and another of other vices.  But more than that, they really don’t want you to know what they did with your value.

They were given 5 years to clean up their act.  It looked like a year ago they were going to do that, but that was a ruse.   Now the Original Depositor ledgers are being closed out.  They were warned.

Interesting times ahead for all.  But in the end all come out winners.

Many emotions will be felt, don’t attach to judgement, as all this is being exposed to to let it all go.  A new world and a new way of being is coming!

Where is slavery when money is not an issue?  Where is “marrying up” when a woman has all the resources she needs to raise her children?  Where’s the state without dependents for its voting base?  Where is theft when there’s no lack?  Where is status when your status comes from who you BE and what you CREATE and not bits of paper in your wallet?  Where are resource wars when replication of things is common place?  Where is hierarchy when all KNOW they are Source in body?

Its been said “money is the root of all evil”, many a preacher has tried to explain that one away…. yet can you see how many things are connected to the perceived lack of money (which is really just energy)?

2 Comments to “ The Demise of the Slavery”