The Deep State, Lies, Cover Ups, Collusion And The Take Down Of A True American Patriot – Lt General Flynn

John B Wells’s interview with Lt General Flynn in August 2016 – Could this be the smoking gun still in it’s holster?

The Deep State, Lies, Cover Ups, Collusion And The Take Down Of A True American Patriot – Lt General Flynn

I recently started to ponder the events of the past year and all of the events that led up to the election of Donald J Trump as the 45th President of the United States. I am still in a state of disbelief that after all of the revelations that came out in 2016 there were no charges or even investigations into certain individuals from the DNC, the Clinton “machine” and even those who at the time held very high positions within the government entity of the now former 44th President. So here we are, halfway through 2017 and as of yet none of these individuals have been held accountable for their actions. Yet United States Army Lieutenant General Michael Flynn Ret., a true American Patriot has been silenced and his reputation trampled because of what I believe he knows about events and political figures that have been in the spotlight in recent years.

Returning to an interview that Lt General Flynn had with John B Wells, host and founder of Caravan to Midnight on August 2nd 2016, I reviewed what General Flynn had to say at that time and if it will reveal some of the mystery about his sudden departure.  Lt General Flynn has been touted as one of the most respected intelligence officers of his generation and served his country faithfully for 33 years.  He stated during his interview with John B. Wells that during his time in the service of his country he saw the previous administration lie to the American people on more than one occasion.

He was adamant in the fact that this country was built upon Judeo Christian principles and that he felt that this country was going in a very bad direction. Something that caused me to perk up during this interview was when John B Wells asked him if he believed that there were those within the US government entity who may have those 30 000 Clinton emails.  He commented that somebody who may be inside the system and is disgusted with what has been going on in all likelihood will reveal those emails, exposing those who have released classified information to other nations due to the lackadaisical security measures that were employed by former Secretary of State, Hillary Clinton and her use of multiple devices.  In an article that was published by Politico in October of 2016 Flynn was quoted as saying:  “I spent 10 years as an electronic warfare and signals intelligence officer, so I know the damage she did as Secretary of State by using an unclassified server to conduct official business.  I think Clinton is smart, she knows a lot of world leaders, and she has a skill set, but I don’t see how anyone who ever held a classified clearance can support her.  Where’s the accountability?” 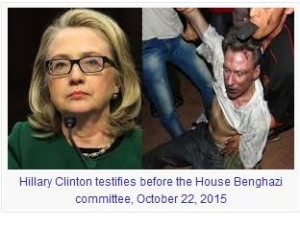 The second nugget of gold that made a bell go off in my head was when John B. Wells asked Lt. General Flynn what he thought about the events of Benghazi and the murder of Ambassador John Christopher Stevens during that event. I found the chimes ringing throughout my head when Flynn stated that he was deposed for four and a half hours to speak to the Benghazi commission because of what he knows. So what does he know?  Well in my personal opinion I think he knows far more than the “powers that be” wanted him to be allowed to reveal to the nation and to the current administration of POTUS 45. 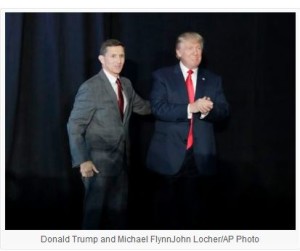 Let’s take a look at just a few of the revelations that came out in 2016:

Hillary Clinton disclosing classified intelligence while operating a private email server from a closet at her New York home. It was also revealed that then President Obama knew of the existence of the server and in fact proof of emails between Clinton and Obama (using another email address) did exist and the conversations had in fact resided on the Clinton server.

There was the meeting on the tarmac at the airport in Phoenix Arizona with then attorney General Loretta Lynch and former President Bill Clinton. Supposedly Bill Clinton just wanted to say hello, yet the conversation went on much longer and supposedly included discussions of golf and grandchildren. But hey, it was just a harmless conversation with the United States AG and the spouse of the top Democratic candidate for President of the United States. A candidate that was at the time under investigation over her use of a private email server while Secretary of State. The now former FBI Director James Comey stated that he was convinced that the Justice Department could not conduct a truly independent investigation of Hillary Clinton during his testimony in May 2017 before the Senate Judiciary Committee.

The amount of evidence continued to mount against the “machine” throughout the primaries and leading up to the general election in November. It was revealed that the DNC was colluding with the “machine” to get Clinton the nomination by any means, and that is exactly what happened. The wiki leaks emails exposed a level of corruption that showed how the democratic primary was rigged in favor of the Clinton “Machine”

Uncle Bernie the Socialist was robbed of his chance to become the Democratic nominee, and the primaries were rigged in favor of Clinton in many locations. But was that the Russians who rigged the primaries or was it the voracious leaders of the DNC? Oh it must have been the Russians, it is always the Russians right?

As Secretary of State, Hillary Clinton approved the transfer of 20 percent of America’s uranium holdings to the Russian state-owned firm ‘Uranium One’, while investors in the deal funneled $145 million to the Clinton Foundation. She literally sold off a rare and primary material used in nuclear development to a country we are at odds with for cold hard cash. Interesting how the Russians seem to be good enough to take cash from but when you are trying to cover your own rear flank it is easy to blame it on the Russians.

And these items above are only a drop in the bucket of all that came out during the 2016 election year, there is much more damning evidence of the corruption of the “machine”.

The Russians have been blamed for a lot of things in the recent past and there are still ongoing investigations into ties between the Trump team and the Russians. In my opinion the lame accusations against Lt General Michael Flynn and his supposed conversations with Russian diplomats was nothing more than an attempt by the deep state and the “machine” to discredit and take down Flynn so that he would not be able to disclose damaging information that might convict many within the “machine”. And unfortunately they were successful in bringing a true American Patriot to his knees, destroying his credibility and almost assuredly killing his career. Did Lt General Flynn really “mislead” Vice President Pence about his communications with the Russian ambassador? In my opinion I tend to think he did not but was instead framed as a scapegoat because of knowledge and information that he had on the “machine”.

I think the deep state’s continued push back against POTUS 45 and all that he is trying to accomplish goes all the way to the top of the administration… all the way to the number two spot on the team. The continued undermining of POTUS 45 may very well be leading to the “second” stringer becoming the starter in this cesspool referred to as “The Swamp”.

I have a sinking feeling in my gut that the remaining half of this year could get very rocky and continue into next year… possibly with a new globalist bought and paid for “puppet” suiting up in the 45 jersey and stepping into the game as the new leader of the free world.

I urge you to watch the August 2016 interview of Lt General Michael Flynn with John B. Wells of Caravan to Midnight. I think you as well will start to hear the bells ringing in your head after hearing what General Flynn had to say.

Also listen to CTM Episode 672 – Lydie Denier – Denier was engaged to Ambassador J. Christopher Stevens who was one of four Americans that were killed in the “Battle of Benghazi”. Denier, who wrote the book “A Voice for Ambassador J. Christopher Stevens”, tells the story of her beloved slain fiance, and how like many politically-motivated tragedies, Stevens’ life and legacy has been buried by a mountain of political agenda, deceit and self-serving cover-ups.

Benghazi Whistleblowers – The story behind the cover-up – CTM Episode 670