republished on Daisy Luther, on December 6, 2016 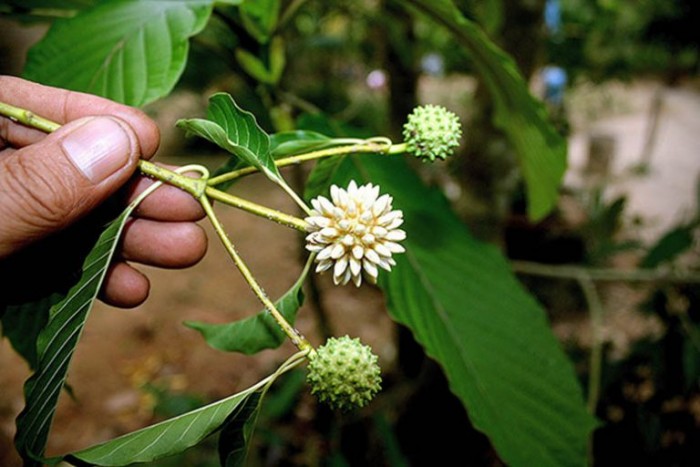 Daisy Luther- EDITOR’S NOTE: Did you know that there is a safe, effective, non-addictive natural remedy for chronic pain? No?

There’s a reason you didn’t know. The DEA is busy trying to ban it.

The bottom line is, if Big Pharma can’t make money from it, the government wants to crack down on it “for your own good.” Opiate painkiller addiction is big money for the pharmaceutical industry.

Kratom isn’t just some kind of crazy hippie remedy, either. In the article below, you can read the comments from some pro-kratom physicians. ~Daisy

By Heather Callaghan of  Natural Blaze

The Journal of the American Osteopathic Association has just asserted that a delayed U.S. Drug Enforcement Administration ban on the kratom plant would stifle scientific understanding of the herb’s active chemical components and documented pharmacologic properties – if it goes through.

The special report cited the pharmacologically active compounds in kratom, including mitragynine, 7-hydroxymitragynine, paynantheine, speciogynine and 20 other substances as a reason to preserve rights to study it. Previously, only a couple of components were relatively known and, as it turns out, the government appears to have a keen interest in patents on them.

Additionally, the report stressed the vast amount of anecdotes and current research that demonstrates the herb to be a safe and non-addictive alternative to opioids which have proven to be disastrous and even deadly. There are now more people addicted to opioids than nicotine.

There’s no question kratom compounds have complex and potential useful pharmacologic activities and they produce chemically different actions from opioids.

Prozialeck points out that even breast cancer treatments like tamoxifen were developed from plant research. Again, if we are to believe that kratom is an “emerging health threat” as the CDC would have us believe – then why does the government own patents for the component? It sounds like the government may be hoarding kratom for the drug companies; whereas, kratom could benefit people as a consumer product and in the medical field.

Kratom (Mitragyna speciosa) is indigenous to Southeast Asia, where the plant was used for centuries to relieve fatigue, pain, cough and diarrhea and aid in opioid withdrawal. Currently sold in the United States as an herbal supplement, kratom drew DEA scrutiny after poison control centers noted 660 reports of adverse reactions to kratom products between January 2010 and December 2015.

Anita Gupta, DO, PharmD and special advisor to the FDA, responds to those claims by saying:

While the DEA and physicians have valid safety concerns, it is not at all clear that kratom is the culprit behind the adverse effects.

In fact, many of those victims were found to have pharmaceuticals like antidepressants in their bodies, yet those have not come under the recent heat lamp.

Dr. Gupta who is also an osteopathic anesthesiologist, pain specialist and licensed pharmacist, treats many patients who use kratom. Gupta adds,

Many of my patients are seeking non-pharmaceutical remedies to treat pain that lack the side effects, risk, and addiction potential of opioids.

The DEA is deciding on whether to make kratom federally illegal and place it as a Schedule 1 drug along with marijuana, LSD and heroin. The comment period has ended so it’s only a matter of time before a decision is reached. Kratom is currently illegal in Alabama, Florida, Indiana, Arkansas, Wisconsin and Tennessee.