The Dance of the Holographic Universe 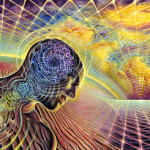 The Dance of the Holographic Universe

For more than three quarters of a century now, modern physicists have known that scientific thought based solely on the previously accepted Newtonian view of a mechanical universe is fundamentally incorrect. What is now referred to as the ‘new science’ has emerged from new understandings and discoveries that were simply not possible by scientific ideas prevailing from the time of Isaac Newton to the early twentieth century. These new realizations have interesting implications on the role human consciousness plays in our understanding of reality.

Before these new discoveries, the world was assumed to operate according to concrete physical laws, and any idea of consciousness having any importance was shunned. As Henry Stapp puts it in his book Mindful Universe: “Any notion that your conscious choices make a difference in how you behave was branded an illusion: you were asserted to be causally equivalent to a mindless automation.”

As Stapp goes on to explain, even though this incorrect view of human functioning was proven false long ago, its influence can still be seen in all aspects of our society: governments, schools, the media, courts, medical institutions and ultimately, ourselves. This fundamental flaw in the worldview of a vast majority of people in the world could be the reason why there is so much widespread neglect of the environment, social injustice and the general degradation of humanity as a whole.

What follows from a mechanistic view of reality is a sense of detachment from one’s true nature. If a person views him or herself as having no control over the material forces that are assumed to run the universe, a hopeless state is bound to take hold. If everything is happening ‘out there’ beyond our control, what meaning is there to be found in life and humankind’s place in the universe?

We are now at a point in the evolution of humanity where the new discoveries of scientific research are more accessible than ever, as is the ancient wisdom which has been with us all along. It is becoming obvious that the mainstream media and the majority of the current educational system do not actually have an interest in elevating the consciousness of humanity. Rather, they are concerned with perpetuating misleading memes and keeping the majority caught in the fatalistic worldview of a mechanical universe. 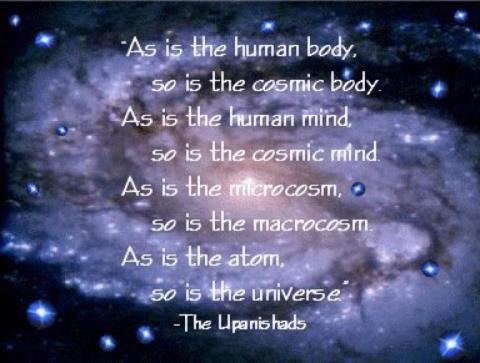 Elevated states of consciousness, which were once only accessible by the mystic, are rapidly beginning to be investigated by scientific minds of our time. A new paradigm is emerging: that of the holographic universe. It is a paradigm in which consciousness, once thrown out as a useless imagining, is now acknowledged as the long sought after ‘missing link.’

Researchers like the late David Bohm of the University of London drew on large bodies of contemporary research to formulate a new theory of the role consciousness plays in our understanding of the universe. Bohm viewed thought as an organizational framework by which we categorize our experience of the world.

In this sense, thoughts can be seen as world views, or a sort of filter through which we can understand the totality of the world. These world views are dynamically linked to the energetic fields we resonate with. From this, it stands to reason that the clearer our minds become, the more we are able to see reality as it truly is.

David R. Hawkins, another recent leader in the field of consciousness research, summarizes this new theory as follows: “Our brains mathematically construct concrete reality by interpreting frequencies from another dimension, a realm of meaningful, patterned, primary reality that transcends time and space. The brain is, therefore, a hologram interpreting a holographic universe.”

From this new perspective, it is evident that our conscious intention has a prominent role in determining our experience of the material world around us. If our physical brains are interpreting the energy fields of higher dimensions, then it stands to reason that our thoughts hold far more power over our material world than is currently accepted.

Thought as an Emergence from a deeper reality

Thought itself has begun to be understood as emerging from energetic fields, which are beyond time, space and the material brain. When we think we are tapping into and simultaneously broadcasting these fields into our environment. Thus, we have a conscious choice as to which energy fields we decide to tap into, and each of these different fields has its own world view.

A basic law of consciousness, which has long been realized by the mystic, is that what is held in mind tends to manifest itself. It is interesting that the direction of contemporary theoretical physics is now pointing towards this exact same realization. Scientific research is now confirming that our minds have the power to shape and create our reality.

This shift in perception changes everything. We are no longer resigned to the hopeless idea that we are too small and insignificant to do anything about the ‘problems’ of a mechanistic world. The holographic world can now be seen as a grand stage on which various energetic fields interact and play with each other.

We are actors upon this stage, and our roles are influenced by the various energetic fields we tap into. Some are the actors of positive, life affirming energies; others tap into the apathetic and pessimistic world view of negativity. Each person gravitates towards an energetic field that resonates with their current level of consciousness.

The beauty of the play is that all of the actors have the choice, in any moment, to adjust the dial and consciously choose which energetic fields to align with. The only way to positively transform ourselves, and the world, is by elevating our own consciousness, and this is done simply by holding the intention to align ourselves with energetic fields of a higher vibration.

When understood in this way, everyone has the opportunity to step into the energetic dance of the holographic universe.

3 Comments to “ The Dance of the Holographic Universe”