The Da Vinci Code: Reap What You Sow

“There are three classes of people: those who see; those who see when they are shown; and those who do not see.” — Leonardo da Vinci.

I had a large framed print of Da Vinci’s Renaissance masterpiece Mona Lisa hanging in my lounge for several years. It was a gift from my mother, who thought it amusing that my family line on my father’s side goes back to the Gherardini family of Florence, of which Lisa was a member. It has been proposed in some academic circles that her enigmatic smile was the first representation of a woman conveying pleasure at her inner life; marking a shift in consciousness away from the pastoral herd mentality and into the possibilities of the multiverse within.

The esoteric traditions posit that the Moon was placed beside the Earth to reflect sunshine down on the planet to make human reflection possible. The Egyptian deity Isis, according to esoteric annals, withdrew to the Moon in 13,000 BC to become the mistress of reflection. At the start of the 15th Century, Da Vinci’s masterpiece captured this moment in the evolution of consciousness, where humans could detach from the world of the senses and enjoy their soul’s superior ruminations. Lisa gazes out at us from her detached inner eye. She is the prototype homo-luminous — a sacred vessel that holds space for the spirit of Isis to inhabit.

The technological “renaissance”, and its promises of emancipation from pastoral and industrial slavery, that emerged in the 1950s was accompanied by a growing unease and paranoia around nuclear proliferation and one upmanship among the superpowers. This festering mass neurosis produced a slew of films that explored ideas of both space exploration and alien invasions.

One gem among the catalogue of low-budget drive-in flicks was The Forbidden Planet, from 1956, which centers on the crew of a spaceship who arrive at the distant planet of Altair IV to investigate the fate of an expedition sent there 20 years earlier. On landing, they are met by a scientist called Dr. Morbius and his alluring daughter, Altaira, who are the only remaining people on the planet. Dr. Morbius recounts to the visitors how one by one the rest of the expeditionary force were killed by a “planetary force” and that their starship was vaporized. After one of the Earth visitors tries to seduce Altaira and then her pet tiger is killed by another crew member, tensions begin to grow — while an unknown intruder sabotages equipment on the ship.

Morbius tells the Earth crew about the Krell, an advanced civilization that perished 200,000 years previously, and who left behind advanced tech that included a “plastic educator”, a device that measures and enhances intelligence. Morbius is resistant to the idea of sharing the technology with Earth, because he believes a similar fate would await them if entrusted with such power. Meanwhile, the invisible intruder returns and murders the chief engineer. A force field erected around the space ship fails to hold off the creature, which returns in the night, and is for the first time illuminated in the plasma fence. The ship’s weapons have no effect on it and it kills more crew members. As Altaira awakens screaming from a nightmare, the creature suddenly vanishes. One of the crew secretly tries to use the “educator” device and is fatally injured, but before dying he reveals that the machine is able to create anything from thought. He explains that the Krell, in their rush for technological mastery, neglected to fully understand and integrate the subconscious “id”, which generated monsters that slaughtered them. Their basal desires, perversions and antagonisms were given free rein by the device, which quickly wiped them out. Morbius is at first skeptical of this claim, and refuses to relinquish the technology. But, after the monster follows them into a laboratory by melting the door, Morbius finally accepts the truth and disowns the creature. The space ship is able to blast off, and the remainder of the crew escape.

It is we who assign meanings to the world’s objects and events; we are the creators of our experience via our intent and expectation. How we interpret events — whether positive or negative — will dictate what comes of those events, spiraling downwards or upwards. Change the meta program and the energy of output will follow a different path. Like a fish in water, we are rarely aware of the in between substance that buoys and feeds us. That substance — or substrate — in my opinion is Love. I once jumped off a boat into the ocean, and was immediately approached by a white dolphin. As soon as the creature made contact with my body, I had an epiphany that the universe was an ocean of love, which supported and provided for all life. The planets and suns are energized and held up by this force, just like the dolphin was by the sea.

Hollywood and modern science portrays deep space as a cold and forbidding place, and yet if you were to travel beyond intermediate space into the cosmos your path would be lit all the way and the music of the celestial spheres would direct you with their individual harmonies, like elegant, dignified guides. You can read a book by the window of a spacecraft even far beyond the sun’s reach. When you gaze up from Earth at the night sky you are in receipt of the never-ending largesse of light from the heavens. The universe is benevolent and entirely neutral — it magnifies whatever you focus on; it only wants to give. From that wider perspective, it should be possible to conclude that our reaction to any given event will signify what we can expect to receive more of — if you are a victim, then you will receive more validation of that standpoint. If you insist that all experience is self-generated and therefore merely a mirror on our own processes, then you can embrace the event as a configuration that is designed to bring you opportunities, awareness and information that will serve your higher good. The benevolent quantum mechanics of the universe, or multi-verse, then follows that program on your behalf — and you can find peace in the inevitable pay-off that will ensue.

The lockdown schematic, attributed to “Covid-19”, has been a form of hibernation for millions, if not billions, of people. We are now slowly emerging from our chrysalides, and a collective and individual Dark Night of the Soul. Some people will find they have grown new wings and vision; while others will be crooked and hobbled by the expectations they fostered — or were fed — while in the gestation tube.

The lockdowns excluded much of the blandishments and frenzy of working life. What was left behind when all the melee had subsided? What was the core person that was left — a grounded and insightful one, or a fearful and frustrated one? We all no doubt had various levels of all those influences going on. This hibernation could be likened to a reboot of your operating system. Like a computer restart, it clears out old bugs and drops the unused tabs from your browser — the silver lining in the apparent darkness.

“Real change is almost always catalyzed not by a feeling of inspiration, but a feeling of discontent. Before you’ll know what’s right, you’ll know what’s wrong. The truth is that most people don’t ever find the courage to ask the hard questions, and so they never give themselves the opportunity to find the life-changing answers,” said the writer and poet Brianna Wiest.

The “id” or psyche find form on the world stage. In a Jungian sense, what we are experiencing now is an externalization of that vast realm, which is both real and not real, knowable and unfathomable, intangible and yet devastating in its effects. That is why the sages of old reduced their lives’ treatise to the simple maxim “know thyself”.

The discipline of psychology is constrained by its adherence to chemical and biological processes affecting behavior and states of mind, whereas the quantum sciences posit the intersection of mind and body with the observable universe as multidimensional and interconnected. There is, however, a useful exercise in psychoanalysis where the subject is asked to imagine a house with two floors and a basement. They are invited to explore the house, and enter each room, to discover symbolic objects and people that will reveal truths hidden in their subconscious mind. It is when the patient descends into the dark, dank basement that the real discoveries are made. Who among us is ready to switch on the basement light?

Da Vinci, in his Treatise on Painting, recommended working oneself into a state of receptivity to imaginative imagery in which cracks and stains on old walls could evoke — or invoke — gods and monsters. I happened upon a post on social media two years ago which suggested — and showed — that Da Vinci’s most famous painting contained a hidden “high priest alien’s face”, which could be revealed by placing a mirror midway over the picture. I did just that, and it made for a scary mug. The print went in the bin, and a butterfly embroidery now hangs in its place. I also painted over the cracks and stains in the 700-year-old wall. Beauty is in the eye of the beholder — but only if beauty be your objective.

The mantra of the sage in the quantum age might be: “This situation serves me for my highest and greatest good. I trust the universe to deliver fortune to me always.” 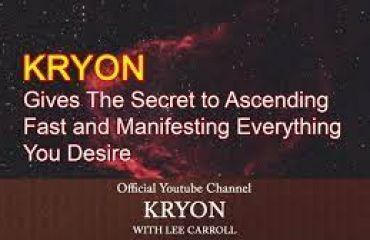 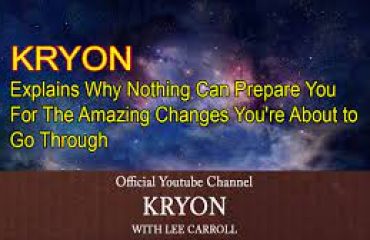 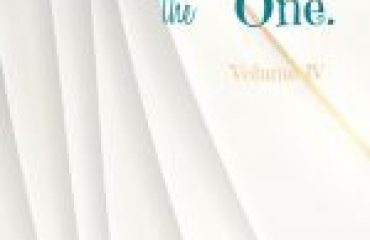 1 Comment to “ The Da Vinci Code: Reap What You Sow”