The covert op to neuter the rebel

The covert op to neuter the rebel 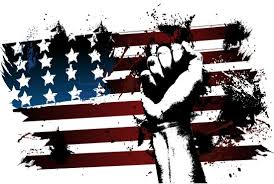 If you want to track a civilization as it collapses, watch what happens to the concept of the rebel.

From the 1960s onward—starting with Lee Oswald and the assassination of JFK—the whole idea of “the rebel” with power has been sequentially updated and repackaged. This is intentional.

The objective is to equate “rebel” with a whole host of qualities—e.g., runaway self-serving paranoia; random destruction; out-of-control drug use; generalized hatred; the commission of crimes…

On a lesser, “commercialized” level, the new rebel can define himself by merely showing up at a concert to scream and drink heavily and break something, having already dressed to make a dissident fashion statement. He can take an afternoon off from college classes and have his arms tattooed. All the while, of course, he functions as an avid consumer of mainstream corporate products.

You even have people who, considering themselves rebels of the first order, support a government that spies on its people 24/7, launches military attacks all over the world, and now funds a Manhattan Project to map every move of the 100 billion neurons of the brain, for the ultimate purpose of controlling it.

Going back as far as the 1950s, the so-called decade of conformity, psyops professionals sculpted notions of The Rebel: He was the person who, because he had psychological problems, didn’t want to take part in the emerging bland corporate culture.

He was imagined and presented as troubled, morose; a wobbly unfocused JD Salinger Holden Caulfield, or an unkempt beatnik, a Madison Avenue caricature of somebody who opposed Madison Avenue.

In other words, the people who were shaping the consumer culture were creating the image of the rebel as a cartoon figure who just didn’t want to buy into “the good life.”

Time Magazine ran a cover story on the beatniks, and characterized them as a disaffected trend. Marlon Brando, heading up a bunch of moronic motorcycle riders, invaded a town of pleasant clueless citizens and took it over, wreaking destruction. The 1953 movie was The Wild One. James Dean, who had the same trouble Brando did in articulating a complete sentence, was “the rebel without a cause” in the “iconic film” of the same name. He raced cars toward cliffs because his father couldn’t understand him.

These were all puff pieces designed to make rebels look ridiculous, and they worked. They also functioned to transmit the idea to young people that being a rebel should be a showbiz affectation. That worked, too.

Then the late 1960s arrived. Flower children, in part invented by the major media, would surely take over the world and dethrone fascist authority with rainbows. San Francisco was the epicenter. But Haight-Ashbury, where the flowers and the weed were magically growing out of the sidewalks, turned into a speed, acid, and heroin nightmare, a playground for psychopaths to cash in and steal and destroy lives. The CIA, of course, gave the LSD culture a major push.

For all that the anti-war movement eventually accomplished in ending the Vietnam war-crime, in the aftermath many of those college students who had been in the streets—once the fear of being drafted was gone—scurried into counselors’ offices to see where they might fit into the job market after graduation. The military industrial complex took its profits and moved on, undeterred.

The idea of the rebel was gone. It later resurfaced as The Cocaine Dealer, the archangel of the 1980s.

And so forth and so on. All these incarnations of The Rebel were artificially created and sustained as psyops. At bottom, the idea was to discredit the Individual, in favor of The Group.

Now, in our collectivist society of 2017, The Group, as a rapidly expanding victim class, is the government’s number one project. It’s a straight con. “We’re here to make you worse off while we ‘lift you up’.”

In the op to demean, distort, and squash the rebel, there is a single obvious common denominator: the establishment media are doing the defining; they are the ones who are setting the parameters and making the descriptions; they are the ones who build the cartoons; looking down their noses, pretending to a degree of sympathy, they paint one unflattering picture after another of what the rebel is and does and says; they have co-opted the whole game.

These days, the ultimate rebels, the media would have you believe, are “gun-toting racist bitter clingers who have religion.” Another attempt to shape a distorted unflattering portrait

You can take a whole host of political films and television series of the past 50 years, and look at them for signs of the Rebel: Seven Days in May, Advise and Consent, The Candidate, The Seduction of Joe Tynan, Dave, Primary Colors, The Contender, Good Night and Good Luck, The American President, West Wing, Scandal, The Newsroom…

Good acting, bad acting, drama, message—at the end you’re looking for the core. What do the rebel heroes really stand for? What are their principles? It’s all bland. It’s vague. It has the posturing of importance, but little else.

As I was finishing this piece, a friend wrote with a quote attributed to Robert Anton Wilson: “The universe is a war between reality programmers.”

This is exactly where the real rebel enters the scene. He’s not trying to program people. Freedom means cutting loose from programming.

The Rebel doesn’t go to the market and choose which reality program he wants. They’re all used up as soon as they come out of the package.

“THIS or THAT” is the history of Earth: choose reality program A or B. The choice was always a con.

We’re well into a time period when the experts and scientific authorities are settling on the human being as a biological machine that can only respond to programming. That’s their view and their default position.

It’s sheer madness, of course, but what else do you expect? We’re in an intense technological age, and people are obsessed with making things run smoother. They treat their precious little algorithms for control like the Crown Jewels. They’re terribly enthusiastic about the problem they’re solving, and that problem is us.

We’re the wild cards, a fact which they take to be result of our improper and incomplete conditioning. They aim to fix that.

“Why not stop diddling around and just make the whole thing over? Why not reshape humans?”

Having decided that, the battle begins between competing programmers of the mind. Which program for humans is better?

The rebel is against all such programming, no matter how “good and right” it sounds. “Good” and “right” are the traps.

“Well, certainly we could make a list of qualities we want all people to have. You know, the best qualities, like bravery and determination. Who could be against that? So suppose we could actually program such qualities into humans? Wouldn’t that be a fine thing? Then people would just BE that way…”

The ultimate rebellion is against programming, whatever it looks like, wherever it occurs.

Programming is someone else’s idea of who and what you should be.

It is never your idea.

Your idea is where the power is.

And that’s what makes you a genuine rebel.