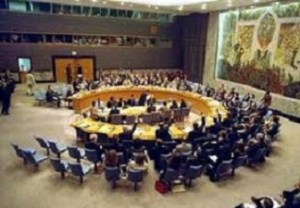 We do not often speak here about illusion. But perhaps it will be beneficial to explore some of those things which are illusory, and why we say they are.

First, and most obvious is matter. The ‘stuff’ you see all around you is an illusion. Why? There is no matter in existence that is not made of atoms. Atoms, as you now know, consist entirely of packets of energy. Now you may give those packets names and pretend that they are separate from other, but the reality is that, while you may discuss parts of a field, all of it remains a field, a unity.

So here we have a field consisting of varying frequencies and information, and this field is making impressions upon the part of the field that you think of as you. This frequency you interpret as sound, this one as smell, this one as color, and this as touch – millions of them, actually – and the result you create in your mind is what you ‘see’ around you.  None of it is static, much less permanent. And its apparent permanence is absolutely an illusion. You see no change. That is an illusion. Parts of what you are seeing that are too small for you to observe are zipping around at speeds you cannot comprehend and flashing in and out of existence so quickly that, if you could see them, they might still seem permanent, but are not, of course. So you say to yourself, for instance, “Ah. That is a tree.” Well, again we are sorry, but you are mistaken. It was a tree when you began to make your observation, but your mental construction has taken time. And now it is a different tree, new quarks, new muons, new electrons, new atoms emitting new bio-photons. And this doesn’t even address the fact that your mind has to reconstruct the illusion endlessly – until you move on.

Can you conceive of what a miracle it is that you can expend enough energy to create an entire world around yourself, and do it without pause for a lifetime? What would your world be like tomorrow if you observed it differently?

Now, most of you reading this are sitting or lying down and you think you haven’t moved for several minutes. Well, you may have gotten a drink or a snack. But really, you haven’t moved much, right? Actually you have hurtled through space for several million of your miles – or an even greater number of kilometers. The relative stillness is also an illusion.

Quiet… is relative. It is also an illusion.

So, are we saying that everything is an illusion? Well, almost. We are saying that everything that you observe is an illusion until your observation perceives the observer. In your world, the only real thing is the real you. How often have you observed that? Might be something to look into. Try to spot the exact place where you end and ‘All That Is’ begins. Let us know when you find it.

There are two published books available on Amazon that contain the collected messages received by Ron Head (that’s me). The first is The Wisdom of Michael, available HERE, and the second is It Rings True, available HERE. A third book is being compiled now.

Copyright © Ronald Head. All Rights Reserved. You may copy and redistribute this material so long as you do not alter it in any way, the content remains complete, and you include this copyright notice and link: http://ronahead.com/ 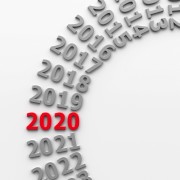