The Conspiracy Theory That Says Trump Is a Genius

The Conspiracy Theory That Says Trump Is a Genius

By Michelle Goldberg,Opinion Columnist, published on The New York Times, on April 6, 2018 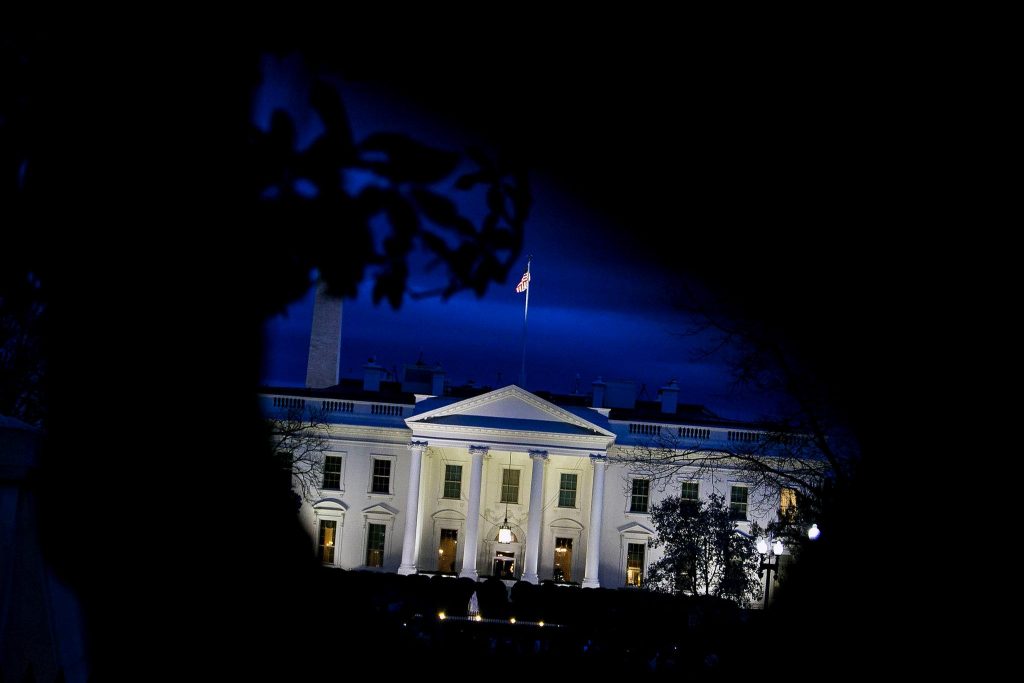 Last week Roseanne Barr — who, with the hit reboot of her show, has become one of the most prominent Donald Trump supporters in the country — tweeted that the president has freed hundreds of children a month from sexual bondage. “He has broken up trafficking rings in high places everywhere,” she wrote. (The tweet has since been deleted.)

Barr’s tweet, puzzling to the casual observer, was a reference to QAnon, an expansive, complicated pro-Trump conspiracy theory. The theory is fascinating as an artifact of our current political derangement, but more than that, it’s profoundly revealing about the lengths to which some Trump supporters will go to convince themselves that his presidency is going well.

As Paris Martineau explained in New York Magazine, QAnon was born last October, when someone claiming to have “Q” level security clearance started a cryptic thread on 4chan, the online message board and troll playground. It was titled, “The Calm Before the Storm,” a phrase Trump had recently used. Q posted hints, some in the form of questions, ostensibly meant to help clued-in Trump supporters understand what was really going on in Washington beneath the facade of chaos and incompetence. (“What is military intelligence? Why go around the 3 letter agencies?”)

From these clues, a sprawling community on message boards, YouTube videos and Twitter accounts has elaborated an enormous, ever-mutating fantasy narrative about the Trump presidency. In the QAnon reality, Trump only pretended to collude with Russia in order to create a pretext for the hiring of Robert Mueller, the special counsel, who is actually working with Trump to take down an inconceivably evil and powerful network of coup-plotters and child sex traffickers that includes Hillary Clinton, Barack Obama and George Soros.

“QAnon points out that this is the beginning of the end for the Clintons,” said Jerome Corsi — a prominent proponent of the lie that Obama was born in Kenya — on a YouTube broadcast in January. He warned that the world would be forced to contend with “films of innocent children pleading for their lives while people are butchering them.” Once that happens, presumably, Trump will be revealed as a master of 12-dimensional chess who successfully distracted smirking elites with his buffoonery while he was quietly saving the world.

Posts on other websites, as well as YouTube videos, Twitter accounts and even a book, have taken the theory in countless directions, encompassing characters from the model Chrissy Teigen to disgraced politician Anthony Weiner. The creativity poured into QAnon is striking; it’s like something between a sprawling work of crowdsourced postmodern fiction and an immersive role-playing game.

But for many people, QAnon is very real. Barr has tried to make contact with Q on Twitter. InfoWars, the website run by conspiracy theorist Alex Jones — who has a close relationship with Trump confidant Roger Stone — has consistently promoted it. Last month, Cheryl Sullenger, senior vice president of the anti-abortion group Operation Rescue, posted an article on the group’s website about an “intel drop” from Q revealing a White House plan to end Planned Parenthood. Sean Hannity retweeted a post with the #QAnon hashtag.

Some elements of the QAnon conspiracy theory — secret elites, kidnapped children — are classic, even archetypical. “In all Western culture, you can argue that all conspiracy theories, no matter how diverse, come from the idea of the Jews abducting children,” Chip Berlet, the co-author of “Right-Wing Populism in America: Too Close for Comfort,” told me. Stories about globalists stealing children for sex aren’t that far removed from stories about Jews stealing children to use their blood making matzo.

One twist, however, makes QAnon unusual. Conspiracy theories are usually about evil cabals manipulating world events. QAnon, by contrast, is a conspiracy theory in which the good guys — in this case, Trump and his allies — are in charge. It’s a dream of power rather than a bitter alibi for victimhood. It seems designed to cope with the cognitive dissonance caused by the gap between Trump as his faithful followers like to imagine him, and Trump as he is.

On Thursday, the usually even-keeled Mike Allen published a piece in Axios titled, “The case for extreme worry,” about how those close to Trump are panicked by his erraticism. The president’s whims and resentments have led to stock market convulsions and may soon result in painful tariffs that affect American farmers, an important part of his base. Mueller’s special counsel investigation continues to close in. Republicans have lost special election seats in red-leaning areas all over the country. But QAnon offers assurance that everything is under control.

Barr, for example, retweeted a QAnon post arguing that conservative criticism of the omnibus spending bill, legislation many on the right deplored, was shortsighted. In releasing funds to the military, it said, the bill would set off a climactic series of events: “Swamp drain begins, military seizes TRILLIONS in cabal assets, returning them to the people.” An inspector general report would then reveal the establishment’s unspeakable crimes, after which “the strings will be cut from the propaganda machine and people will stop falling for the garbage MSM,” or mainstream media. Trump, and those who believe in him, would be vindicated.

You don’t create a wild fantasy about your leader being a covert genius unless you understand that to most people, he looks like something quite different. You don’t need an occult story about how your side is secretly winning if it’s actually winning. Publicly, many right-wing politicians and pundits disdain the Mueller investigation and pretend to believe that Trump’s ties to Russia are negligible. But among part of the Trump base, the effort to explain them away appears to be creating psychic strain.

“You cannot possibly imagine the size of this,” said a Q dispatch last month. “Trust the plan. Trust there are more good than bad.” Q almost certainly doesn’t know any state secrets, but he, she, or they understand that some fervent Trump supporters require more reassurance than they’re willing to admit. Their desperate conviction that they will be proven right about Trump betrays a secret fear that they will be proven wrong.