The CIA-media marriage and the Trump effect

The CIA-media marriage and the Trump effect 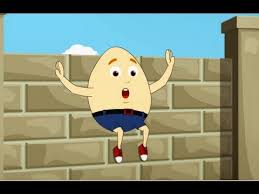 In a recent article, I described how Trump is up against both the media and the CIA. The CIA started infiltrating media with Operation Mockingbird, soon after Harry Truman created the Agency in 1947— and the infiltration has continued to this day.

The crossover point occurred about five minutes after President Truman launched the Agency. The CIA’s mandate was: collect information about what was going on around the world, so it could advise the president.

But CIA directors, starting especially with Allen Dulles, had a different vision.

Since the Agency’s job was digging up secrets, why not invent secrets?

Why not invent entire patterns and platforms of information to support an agenda of US global domination?

Why not invent endless enemies who needed to be conquered?

After all, domination was the objective of the super powerful Council on Foreign Relations, coming out of World War 2. The CFR stood outside and above the government in the shadows. It was a Rockefeller operation. The Rockefeller family was uncrowned royalty. Shouldn’t the CIA align itself with that REAL power?

It took some years for the CIA to fully realize the Rockefeller agenda was global government—not US hegemony. So the CIA adjusted its sights and its motives and its invention of data, to fit the Globalist picture.

Flash forward. Trump, suddenly signaling NATIONALISM NOT GLOBALISM, in 2016, was a distinct threat. That signal could wake up millions of people who hadn’t thought about either Nationalism or Globalism.

The point wasn’t about whether Trump meant what he advocated. The point was: what effect would he have on the American people and other nations around the world, who could revert to Nationalism?

The CIA threw together a bunch of invented data about Russia influencing the election for Trump. Thoroughly in bed with the Washington Post and the NY Times, the Agency put out the word, and within a day the media echo chamber was alive with “Russia hacked the election.”

It was a typical discredit and destroy op. Delegitimize the Trump presidency. Focus on the man, not the message. Wipe out the Nationalism message by defaming the messenger.

“The cat is out of the bag. Now we have to put it back in the bag.”

Not so easy, particularly with thousands of online independent media outlets humming at full force.

Those who exclusively focus on whether Trump is a true Nationalist, a secret Globalist, or a neocon, are missing a key point. Trump woke up millions of people with his Nationalist messages. Those people are now moving outside the CIA-media nexus. They are springing from that trap.

A new sensation and feeling and thought-process is loose in the world. It was there before Trump, but he pumped it up to a full roar.

The CIA invents, every day, a world in which Globalism must win and should win. It turns its out propaganda 24/7. It thus saturates media.

It is Orwell’s Ministry of Truth.

JFK and RFK were obstacles to the forward motion of the CIA? Get them out of the way.

Trump is an impediment? At the very least, destroy his persona.

The CIA has no particular interest in who Trump “really is.” They only care about what effect he could have on the population.

After years of compliance from Obama, George W Bush, Bill Clinton, and Bush the Elder (a former CIA director), the Agency suddenly saw this swaggering cowboy appear strolling over the horizon. The Donald.

What did he think he was doing? Where did he get this Nationalism? What was going on?

Trump started right in, attacking the media. Did he know something he wasn’t supposed to know? Did he know the media were a branch of the CIA propaganda tree?

Did he know the CIA considered itself the true president of the United States?

Did he know the CIA had been carrying out a monster covert op for 70 years, pretending to be the eyes and ears for the president—but actually consolidating its stranglehold on the Oval Office and the Congress?

Was it possible Trump knew that the CIA, while claiming to forward US interests around the world, was, behind that pose, actually positioning Globalism as the ultimate international victor?

Was Trump aware that all traces of Nationalism, across the planet, were being censored and erased by major media?

Could he see that?

In his cavalier, off-the-cuff, impulsive, egoistic, boastful way, was he waking up a sleeping giant?

Was there a deep tidal wave, gathering force far out in the ocean, a wave of Nationalism, percolating, as if waiting for a signal to proceed toward many shores?

Had decades of routine lying and data-invention at the CIA made the smartest minds there complacent and inattentive?

Was the Agency about to receive a titanic blindsiding blow?

The CIA sent out the word to its many minions in the press, government, think tanks, foundations, and Globalist organizations: say anything and do anything to discredit this crazy president NOW. Don’t wait. It doesn’t matter what you accuse him of. Throw everything you’ve got at him and hope enough of it sticks. If saying he comes from Mars works, say he comes from Mars.

The CIA was caught asleep at the wheel. It had no coordinated plan to take down the fast-talking cowboy in the White House. It had to be all hands on deck and HIT IT HARD RIGHT AWAY.

Or are thousands more people all over the world waking up every day, realizing that one global management system for humanity is the covert agenda—and that this plan is about nothing less than complete top-down control, and the decimation of life lived in freedom?

Does Nationalism, as a massive decentralization away from Globalism, come circling back to THE INDIVIDUAL, and his utter refusal to be enslaved?

Because I’m here to tell you, if it is possible, then the fact of Donald Trump, in the fullness of time, doesn’t matter. What matters is the personal truth that every person knows: HIS OWN LIBERTY.

And trying to dislodge and erase THAT resistance and that hunger for freedom is more than the CIA and all its horses and all its men can achieve.

We are not Humpty-Dumpty.

And fallen, they won’t be able to put themselves back together again.

Certainly, they’ll get no help from us.