The BRICS Bank Signals the End of the American Financial Empire and U.S. Dollar Hegemony 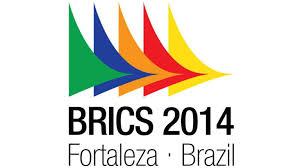 The BRICS Bank Signals the End of the American Financial Empire and U.S. Dollar Hegemony

Establishing the BRICS Bank is a momentous event

The July 2014 BRICS (Brazil, Russia, India, China, South Africa) Summit was a momentous event, more important than the World Cup that also took place in Brazil. The BRICS sealed the deal towards the creation of the BRICS development bank and a US$ 100 billion reserve fund, labelled a “Contingency Reserve Arrangement” that promises to help developing nations avoid “short-term liquidity pressures, promote further BRICS cooperation, strengthen the global financial safety net and complement existing international arrangements.” The BRICS bank is expected to strengthen economic and financial relations and cooperation between the members of the BRICS group, promote mutual investments in addition to providing development funding in the BRICS group and in developing countries, with a likely focus on the African region. The BRICS bank will provide loans, guarantees, long-term credits and make equity investments. A major focus will be on infrastructure, aiming to address a yawning gap in infrastructure finance for the emerging economies. To illustrate, the ADB estimates that Asia will need some US$ 800bn a year of infrastructure investment between now and 2020 — but, it lends only US$ 10bn a year for infrastructure. The MENA region countries face a similar infrastructure financing gap of some US$ 60bn per year, not to mention over US$1 trillion for reconstruction following wars and violence. Ironically the BRICS bank mission is similar to the original mission of the International Bank for Reconstruction and Development alias the World Bank, but which went awry. As founders, the BRICS agreed at the Summit that the capital for the bank would be split equally among the five nations, giving equal voting power. The bank will have its headquarters in Shanghai, and the first president for the bank will come from India, while the board will mainly come from Brazil.

Shifting ‘soft power’ to the BRICS and emerging economies

The establishment of the BRICS bank marks the delayed shift of ‘soft power’ from the ‘West’, from the US and Europe to Asia and to emerging economies, confirming the shift in economic and financial weight. The centre of global economic and financial geography has been progressively shifting “East” for the past three decades, with the epicentre now lying East of Mumbai. Measured at PPP rates, China will have surpassed the US by 2017 as the world’s largest economy, while India has already surpassed Japan to become the world’s third largest economy. This tectonic shift in economic fortunes and transformation of the global economy is already evident in changed patterns of production, trade, investment and capital markets: emerging markets already account for 48% of world trade, with Asia’s share alone at 31.5%. In line with positive growth prospects and higher returns to investment, some 52% of global FDI flows into emerging markets, with 30% into Asia. Non-OECD economies now account for 65% of energy markets, with demand from China dominant.

But global institutions have yet to reflect the economic and financial power of the BRICS. The shift in soft power will unfurl in three main developments over the coming decade: a change in the governance of the international monetary and financial architecture, the growth of ‘Renminbisation’ and the emergence of local currency markets in emerging economies.

Today, the BRICS account for about 25% of global GDP, 35% of total international reserves (with China at over US$4 trillion), 25% of total land area and around 42% of the world’s population. However, despite their economic weight, the BRICS have a major power gap in global economic governance. Their representation, voting power, participation in management and staff in the Bretton Woods institutions (IMF, World Bank, WTO, and IFC) and others like the BIS, displays a major deficit of ‘voice’ and influence. The tectonic shift in world economic geography has not reflected itself in the governance and management, let alone the staff of IFIs. The BRICS and emerging countries do not set the agenda but they must bow to the diktats! Voting power at the IMF disproportionately favours the US 16.75%, Japan 6.23%, Germany, France and the UK votes add up to 14.39% compared to a total for the 11% for BRICS, of which China: 3.8%. Despite the BRICS endeavouring to increase their influence of global financial decision-making, the US and the Europeans have thwarted attempts at IFI reform. The IMF’s voting reforms approved in 2010, ratified by more than three-quarters of the Fund’s member governments are still missing ratification by the US. The new BRICS bank and international reserves facility are the first building block of a new international monetary and financial architecture with new institutions and greater ‘voice’ for the new economic and financial powers of the XXI century, with a focus on issues relevant to emerging economies. The next global agreement will be Shanghai I not Bretton Woods II.

Growing Renminbisation is the alternative to US$ hegemony

The second building block of the new international financial architecture is the creation of a ‘Yuan Zone’. Currently, global trade and investment flows and payments are mainly intermediated and settled through the use of the US$ and the Euro. GCC oil sold to China is priced and settled in US$ through US$ regulated clearing banks, which increases transactions costs and involves exchange rate and payment risk. In addition, participants in the US$-based payment system have also been subject to fines and penalties arising from politically motivated US sanctions. China is today the world’s biggest trading nation and its bilateral trade can be more efficiently conducted using Renminbi (RMB). China’s policy is to increase the internationalisation of the Renminbi: ‘Renminbisation’. To date, there have been three main channels of Renminbisation: the introduction of the RMB as the settlement currency for cross-border trade transactions, the provision of RMB swap lines between the People’s Bank of China (PBoC) and other central banks and the creation of an RMB offshore market. China now has 24 currency swap arrangements worth some US$ 430bn including a RMB 35bn currency swap agreement with the UAE central bank. These swap facilities can provide liquidity to finance bilateral trade and investment flows and can form the basis of a multilateral RMB clearing system.

By 2015, the RMB will emerge as a global currency alongside the US$ and the Euro. The growing international use of the RMB will progressively create a ‘Yuan Zone’ where multilateral trade can be financed and settled in RMB. Similarly, given China’s dominance of international trade, commodities, goods and services will be increasingly denominated in RMB. In particular, given China’s dominance of GCC energy export markets, it is advantageous for both parties to price oil and gas and settle in RMB. Indeed, the GCC countries should shift to a currency basket including the RMB and build up RMB holdings as part of their international reserves, rather than maintain a hard peg to the US$ which implies a loss of monetary independence.

The growing international role of the RMB will be confirmed in 2015 by its entry into the IMF’s Special Drawing Rights (SDR) basket. But for the RMB to become a truly international means of payment and asset currency and alternative to the US$ and the Euro, China needs to gradually move to capital account convertibility and removal of internal distortions, notably interest rate liberalization, greater exchange rate flexibility and the development of RMB money market instruments and debt capital markets, the “Redback Market”.

The third building block then, is the development of local currency money and debt markets starting with China and India, given their potential size. Developing local currency debt and Sukuk markets brings multiple benefits: stable access to capital, diversification of monetary policy instruments, and the creation of a yield curve for pricing financial assets, while diminishing exchange rate and refinancing risk from financing through ‘hard currency’ debt. For China, Renminbisation necessitates the development of an onshore capital market complemented by domestic policy reforms leading to a changed financial structure, with lower dependence on bank financing. However, the speed of adjustment and the sequencing of financial sector reforms are also important. External account liberalisation should be preceded by domestic financial sector reforms and the removal of internal financial distortions. For the RMB to become part of international reserves requires broad, deep and liquid Redback financial markets. The unfolding of the Redback market will dominate international financial markets over the coming decade.

A New Multi-Polar Financial Architecture for a New World Order

A multi-polar world requires a new international monetary and financial architecture. The Great Financial Crisis and accompanying Great Recession are the final nails in the coffin of the post-WWII Bretton Woods world order, signaling the end of the American US Financial Empire. The BRICS development bank and contingency fund are the forerunners of a new multi-currency world that breaks US dollar hegemony and the domination of Fed monetary policy geared to the exigencies of US business cycles and economic crises. The US will lose its exorbitant privilege as the world’s reserve currency as the Yuan Zone expands. This will help resolve the US twin fiscal and current account deficits by imposing fiscal discipline on the US. A multi-polar financial world with new international financial centres emerging in Mumbai and Shanghai will be a more stable world, less prone to financial crises or hostage to mal-regulated too-big-to-fail banks and financial institutions in the too-big-to-fail hubs of New York and London. For the BRICS and emerging economies a new dawn can arise with better access to finance both within and across countries, and less prone to disruptive capital flows and irrational exuberance.