THE BOY BUSINESS (PEDOPHILIA IN AMSTERDAM) 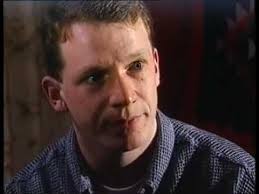 The Boy Business is an ITV documentary about British paedophile gangs engaged in child abuse & snuff films in Amsterdam.

Looks at claims made by man known as Edward that videos have been made in Amsterdam in which young boys are abused and killed, and that Warwick Spinks, currently in prison for paedophile offences, was involved in making them. Police at the Paedophilia Unit, New Scotland Yard say there is no evidence that ‘snuff movies’ exist, though there are many in which boys are abused: they show a brief clip of film released by Dutch police with the aim of identifying the perpetrator. Edward travels to Amsterdam to identify the bars and clubs Spinks was involved in. Looks at police action to deter rent boys at Piccadilly Circus. Interview with Kenny who was 17, and another boy who was 14, when they were picked up and taken to Amsterdam.

Traces the story of Peter Howells, manager of Bovver Boots Casting Agency, now operating from Amsterdam and claims that the agency was a cover for obscene photographs. Reconstruction of statements from men sent as children by the agency to photographer Harry Jeffries and manipulated into posing. Reporter doorsteps Harry Jeffries at his home in London, and confronts Peter Howells in Amsterdam.

Edward talks about tapes, and insists he saw five boys killed. Points out the house in Amsterdam where he was shown snuff movies, and the lake where the bodies were disposed of. Brief sound only interview with Spinks in prison: he denies knowledge of the murders. Reconstruction of secret sound recording by Dutch police in which Spinks claims to know makers of snuff movies.

DISCLAIMER:
I do not own anything in the video, including the audio and picture.
This video is made for non-profit reasons and the rights and credits belong to their respective copyright holders.

Fair Use Notice:
This video contains copyrighted material the use of which has not always been specifically authorized by the copyright owner. We are making such material available in our efforts to advance understanding of environmental, political, human rights, economic, democracy, scientific, and social justice issues, etc.
We believe this constitutes a ‘fair use’ of any such copyrighted material as provided for in section 107 of the US Copyright Law. In accordance with Title 17 U.S.C. Section 107, the material on this site is distributed without profit to those who have expressed a prior interest in receiving the included information for research and educational purposes.