The 8 Laws of Change

The 8 Laws of Change

by Stephan A. Schwart, published on Cosmic Convergence, on December 9, 2015 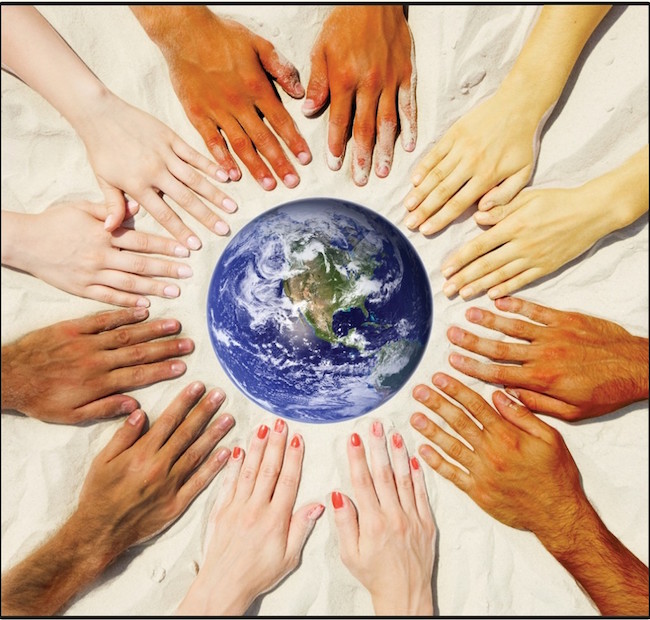 The following is excerpted from The 8 Laws of Change by Stephan A. Schwartz, published by Park Street Press.

As anthropologist Margaret Mead so famously said, “Never doubt that a small group of thoughtful, committed citizens can change the world; indeed, it’s the only thing that ever has.” Ultimately it gets down to individual choice. Everything starts with one person holding an intention and making decisions expressing that intention. As that person’s beingness changes, as a consequence even the most unlikely person can become enormously powerful. This process constitutes one of the least understood social forces in our world.

The obvious thing they have in common is that they were all, by design, nonviolent; they were movements created mostly by people who did not command power as it is usually understood. Dig deeper and underneath the obvious and independent political considerations there beats a deeper drum, one that is rarely recognized. The most fundamental thing all these changes had in common was that they occurred as the result of a transformation of self in common intention with others: beingness.

Because it is in essence about values, change based on beingness often begins with and continues to be driven by religious and spiritual considerations. But religion qua religion is no guarantee that its values are life affirming, as the historic and present-day reality of hate and violence tied to religious fundamentalism illustrates so irrefutably. Nor is it the context or any specific mechanism that makes the strategy of beingness work. And the strategy usually does not produce the instant results of an invasion.

The strategy of violence values immediacy and cares little for collateral damage. It is also vulnerable to violent change itself. The beingness strategy works at a deeper level, more slowly, because it changes people’s hearts. This grounds the change in the self, and that makes it more enduring. As the intention is expressed throughout the day in unnumbered, small, mundane individual choices, it produces a change in the worldview of the culture. And it does so with the minimum amount of violence and hurt.

As one digs into the history of America’s historic socially progressive transformations, one discovers that at the core of each of these changes, from the earliest days, there was a small group of Quakers (the Society of Friends) involved. That the same group shows up again and again is notable in itself. And when one places the Quakers in their proportional context, it becomes astonishing.

In the whole of American history, from the colonial era to the present day, there have been a total of fewer than one million Quakers. Today, in our population of approximately 319 million, about 87,000 of us are Quakers; there are 359,000 Friends worldwide in a population of more than 7 billion.9 It is such a small faith that most people have never met a Quaker, and never will, and few know anything about what they believe.

And yet, all of the items on my list of major socially progressive, life-affirming changes began with a few Quakers joining together in common intention.

How could this be? How could this small group of people create movements that ultimately involve millions, tens of millions? This is a tiny group whose beingness is so powerful that enough people personally change their choices so that the desired change becomes society’s new norm.

In studying the histories of these great social transformations, eight laws—I hesitate to call them laws, but because they are constants in each case, I think they have earned the term—begin to emerge. The laws were not at all what I had anticipated. Taken together, they revealed how individual choice linked in consensus becomes the strategy of beingness that creates change.

Adherence to these Eight Laws is not the unique domain of Quakers, of course. But in their efforts it can be clearly seen. Here are the laws:

First Law. The individuals, individually, and the group, collectively, must share a common intention.

Second Law. The individuals and the group may have goals, but they may not have cherished outcomes.

Third Law. The individuals in the group must accept that their goals may not be reached in their lifetimes and be okay with this.

Fourth Law. The individuals in the group must accept that they may not get either credit or acknowledgment for what they have done and be authentically okay with this.

Fifth Law. Each person in the group, regardless of gender, religion, race, or culture, must enjoy fundamental equality, even as the various roles in the hierarchy of the effort are respected.

Sixth Law. The individuals in the group must foreswear violence in word, act, or thought.

Seventh Law. The individuals in the group and the group itself must make their private selves consistent with their public postures.

Eighth Law. The individuals in the group and the group collectively must always act from the beingness of life-affirming integrity.

Once I understood the role of beingness and how the laws worked, I began to examine other programs and projects. I discovered that the successful ones had all worked out the Eight Laws for themselves and had committed themselves to apply them, although they may never have articulated it that way.