A simple way for the House to outdo the Senate 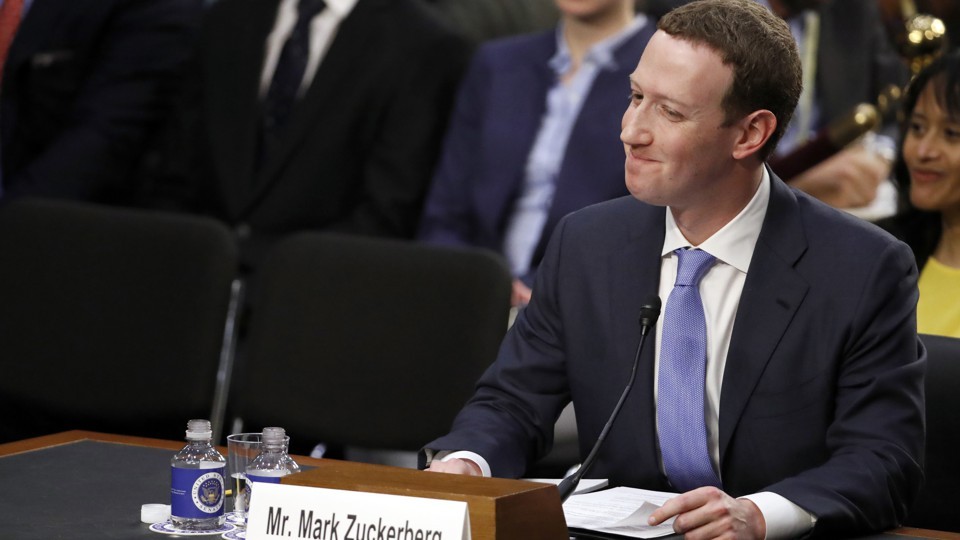 Near the end of the Senate’s marathon interview of Mark Zuckerberg on Tuesday, Senator Kamala Harris took the dais. She was not pleased.

“I am concerned about how much Facebook values trust and transparency—if we agree that a critical component of a relationship of trust and transparency is that we speak truth and we get to the truth,” said Harris. “During the course of this hearing, these last four hours, you have been asked several critical questions for which you don’t have answers.”

She proceeded to list them. “Those questions have included whether Facebook can track a user’s browsing activity even after the user has logged off of Facebook. Whether Facebook can track your activity across devices even when you are not logged into Facebook. Who is Facebook’s biggest competition? Whether Facebook may store up to 96 categories of users’ information. Whether you knew [about Cambridge Analytica researcher Aleksandr] Kogan’s terms of service and whether you knew if Kogan could sell or transfer data.”

These were questions originally posed by both Democrats and Republicans, by legislators skeptical of regulation and others who seemed concerned about Facebook’s monopoly power. Zuckerberg had somehow evaded or declined to answer them all during the preceding four hours.

They are all excellent questions—bright spots in a session that was not so much a triumph for the embattled CEO as a shameful defeat for the U.S. Senate. Dozens of senators seemed not to understand the basic functions of Facebook. In one case, Zuckerberg had to tell Senator Orrin Hatch, a Republican of Utah, that Facebook makes money by running ads. (Hatch was first elected to the Senate eight years before the 33-year-old Zuckerberg was born.) Individual senators often had skillfully written questions in front of them, and they even asked them of Zuckerberg, but they then failed to ask the right follow-up or understand his answer. Sometimes, a senator even caught the chief executive in a pretzel, but didn’t seem to understand that he had done so.

Zuckerberg has another day of testimony in front of him. On Wednesday, he will address the House Energy and Commerce Committee. If members of that body want to ask smarter questions of Facebook, they could start with these.

Harris tried to get at this in her testimony. “I’m going to assume you personally, as CEO, became aware in December 2015 that Dr. Kogan and Cambridge Analytica misappropriated data from 87 million Facebook users. That is, 27 months ago that you and Facebook became aware. However, a decision was made not to notify the users,” she said. “My question is: Did anyone at Facebook have a conversation at the time that you became aware of this breach … wherein the decision was made not to contact the users?”

Zuckerberg said he wasn’t aware of any such conversation and called the failure to do so a “mistake.” But larger questions remain about exactly how the company dealt with the Cambridge Analytica mess. Senator Richard Blumenthal, a Democrat of Connecticut, tried to get Zuckerberg to admit that a legal agreement used by a Cambridge Analytica–associated developer violated Facebook’s consent agreement with the Federal Trade Commission.

But we still don’t know much about how Facebook reacted to the Cambridge Analytica breach after it was first discovered in December 2015. What employee first learned of the breach? How high up the management chain did news of the breach travel? And who in the company was empowered to sanction rogue developers of third-party apps?

These questions do more than just establish a legal fact pattern. They give us a sense of how many breaches like this Facebook encountered and how ready its management was for reacting to rogue developers.

In October 2016, ProPublica found that Facebook let advertisers discriminate by race when displaying housing ads, in violation of the Fair Housing Act. Facebook vowed to fix the issue through artificial intelligence, but in November 2017, ProPublica found it was still able to run much the same kind of ad in the same kind of ethnically discriminatory way. A Facebook vice president blamed the lapse on a “technical failure.”

You’ve promised that AI tools will handle an increasing number of moderating tasks on Facebook, including detecting “suspicious behavior around elections.” But if AI tools couldn’t flag a bad housing ad, how will they detect something so nebulous as election interference?

Versions of this question have circulated among civil-rights groups for the past few days, and Senator Cory Booker almost asked something like it—but he wound up botching it, asking instead about Facebook’s “self-certification” of the discriminatory housing ads. Zuckerberg referred to “AI tools” more than a dozen times during his testimony, attributing to them the ability to identify and take down everything from “fake news” to “terrorist propaganda.” He also said that new software would help Facebook developers catch Russian interference in the network. But how is AI supposed to do all that if it can’t even flag an ad for a new apartment?

Does Facebook incorporate any data about moods or psychological states into its micro-targeting criteria?

Facebook once ran an infamous experiment that tested how the social network appeared to affect people’s moods. The social network was lambasted for the study, and it backed off working with researchers for years. This period has now ended—Facebook has announced a new program where it will give social scientists access to its platform—but the old questions about the platform’s knowledge of our mood states remain. Facebook knows how long we spend looking at each post, and it knows whether we tend to react with a “like” or a “frown.” Does it ever use that data to feed us different ads or different content in our News Feed? Given that complex AI controls much of those decisions, does Facebook even knows if it does?