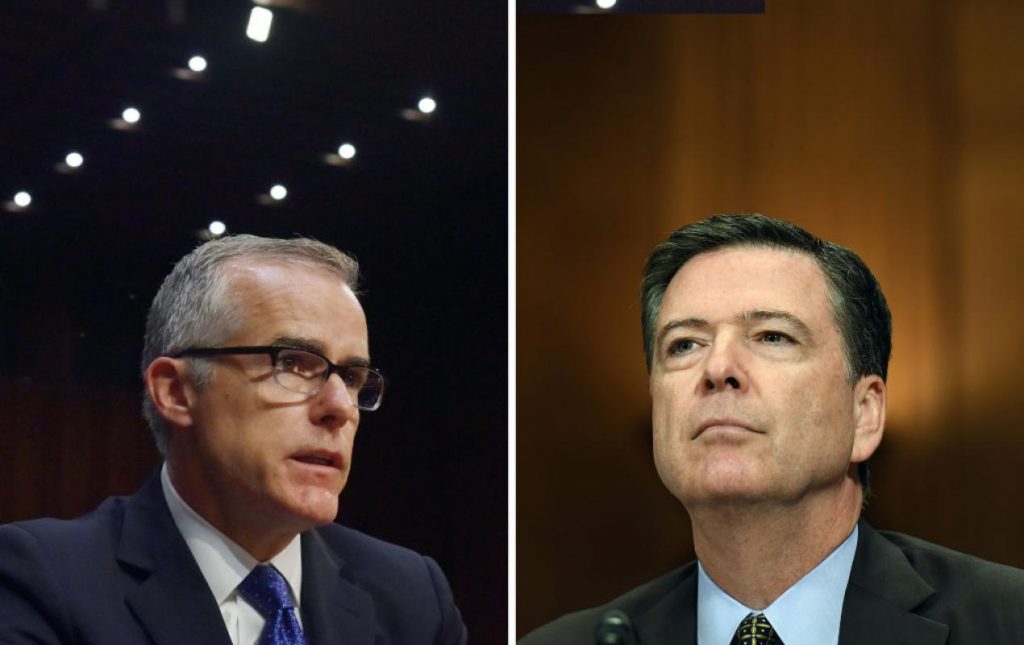 They’ve come slowly, drip by drip: the reluctant revelations of an FBI bureaucracy. But taken together, the body of evidence now amassed over two years of investigating the investigators explains why Attorney General William Barr last week declared there was never really a basis to probe Donald Trump’s campaign for alleged collusion with Russia.

“I think the president has every right to be frustrated, because I think what happened to him was one of the greatest travesties in American history,” Barr told Fox News’ Laura Ingraham.

“Without any basis they started this investigation of his campaign, and even more concerning, actually is what happened after the campaign, a whole pattern of events while he was president. to sabotage the presidency, and I think that – or at least have the effect of sabotaging the presidency,” the attorney general said.

Two years ago, those words coming from the top law enforcement official in the land would have been hard to imagine, or to support with public evidence.

But today, after countless open record lawsuits, congressional investigations, sworn depositions and declassifications, there is compelling evidence that the FBI did not have justification to sustain its nearly three year-long, now debunked, Russia collusion probe or to support Foreign Intelligence Surveillance Act warrants targeting the Trump campaign.

Furthermore, the evidence shows, the false narrative was sustained by repeated leaks of information to the news media that was blatantly false, debunked in many instances by evidence sitting in the FBI’s own files.

The latest revelations came Friday, when previously classified footnotes from the Justice Department inspector general were unmasked and showed the FBI had stunning reason to distrust Christopher Steele’s dossier when the former British spy first pitched it in July 2016.

Here are 13 of the most important revelations that undercut the FBI’s predicate for opening an investigation targeting the Trump campaign in July 2016, for obtaining a year’s worth of FISA warrants to spy on former campaign adviser Carter Page and for seeking a special prosecutor, Robert Mueller, to take over and extend the probe.

1.) The FBI possessed information dating to 2015 in Steele’s intelligence (Delta) file warning that he might be the victim of Russian disinformation through his contacts with Vladimir Putin-connected oligarchs. By 2017, the FBI was warned specific false information in Steele’s dossier was planted by Russian intelligence, according to the declassified notes that became public from Michael Horowitz’s report.

2.) Senior Justice Department official Bruce Ohr warned the FBI in August 2016 that Steele held an extreme bias against Trump (he was “desperate” to defeat Trump) and that his information was likely uncorroborated raw intelligence.

3.) Steele’s work on the dossier was funded by Trump’s rival in the election, Hillary Clinton’s campaign, and the Democratic Party, through their opposition research firm, Fusion GPS. Ohr warned the FBI in August 2016 that Steele’s work was connected to the Clinton campaign in some way.

4.) Steele told a State Department official in October 2016, 10 days before the FISA warrants were first secured, that he had leaked to the news media and had an election day deadline for making public the information he had shared with the FBI as a confidential human source.

5.) Steele was fired Nov. 1, 2016 for violating his confidential human source agreement by leaking to the news media.

6.) Information Steele provided to the government was proven, before the FISA warrants were granted, to be false and inaccurate. Specifically, he told State official Kathleen Kavalec in early October 2016 that he believed Russia was funding its hacking operations through its consulate in Miami. The Russians did not have a consulate in Miami, Kavalec reported in her notes.

7.) Steele was caught in October 2016 peddling a false internet rumor also being spread by a lawyer for the Democratic National Committee and a liberal reporter. That rumor claimed Trump and Putin might be communicating through mysterious computer pings at a server tied to Russia’s Alfa Bank. The rumor was dismissed by the FBI as false.

8.) The FBI falsely declared to the FISA court it had corroborated the evidence in Steele’s dossier used in the search warrant application, including that Carter Page had met with two senior Russians in Moscow in summer 2016. In fact, the Page meetings were never corroborated and a spreadsheet that reviewed every statement in the Steele dossier found most were either inaccurate, uncorroborated or information easily found on the Internet.

9.) The FBI interviewed Steele’s primary sub-source in January 2017, who claimed much of the information attributed to him was not accurate, exaggerated or rumor.

10.) The FBI possessed statements of innocence from Page collected by an undercover informer in August and October 2016, including that Page denied meeting with the two Russians and did not play a role in changing a GOP platform position on Ukraine during the Trump nominating convention. The statements undercut two primary allegations made by the FBI in seeking the FISA warrants.

11.) The CIA alerted the FBI that Page was a friendly U.S. asset who had assisted the Agency on Russia matters and was not a stooge for the Russian government. The FBI altered a document to hide this revelation.

13.) The FBI concluded in January 2017 that Trump national security adviser Mike Flynn was not being deceptive in his interviews with agents and likely suffered from a faulty memory and was not operating as an agent for Russia.

There are many more revelations that expose flaws, lies and misconduct in the creation of a false Russia collusion narrative. But these 13 alone help explain why Barr made such a sweeping statement last week.

They also likely explain a statement made years earlier in text messages between two key FBI employees, when lead Russia case Agent Peter Strzok texted his lawyer and paramour Lisa Page in May 2017 that there was “there’s no big there there” in the Russia probe.