The 13 missing years of AMERICAN HISTORY you were never told

The 13 missing years of AMERICAN HISTORY you were never told 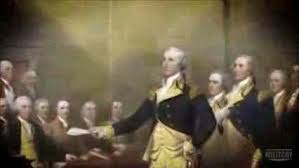 Why are we not told about the 13 missing years of the American history. We are told George Washington was the First President. He was elected President in 1789, the Country began in 1776, why are missing 13 years? This is a brief video about the true story. Why was John Hancock’s Signature the LARGEST and at the bottom? Was he really the President and was he the first president? Did you know there were eight presidents before Washington?