The 100 Most Damaging Wikileaks (So Far) 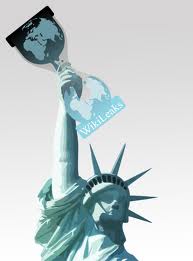 The 100 Most Damaging Wikileaks (So Far)

published on the site Most Damaging Wikileaks

These are just SOME of the thousands of leaks exposing Hillary Clinton’s corruption,

1. Obama lied: he knew about Hillary’s secret server and wrote to her

3. Hillary Clinton received money from and supported nations that she

4. Hillary has public positions on policy and her private ones

5. Paying people to incite violence and unrest at Trump rallies

8. Hillary deleted her incriminating emails. State covered it up. Asked

about using White House executive privilege to hide from Congress.

for a meeting with Hillary, 6 months later Morocco gets weapons

12. Hillary caught on tape about rigging the Palestine election

14. Clinton campaign was in direct communication with DOJ regarding

17. Hillary campaign prays for shooters in news stories to be white

20. Hillary was hateful, neglectful, above the law, “contemptuous” to

21. Clinton Foundation schemed with Big Pharma: keep the price of

AIDS drugs high in America and NO to cheaper generic versions

Craigslist employment ad in May 2016

23. Hillary’s camp excited about a black teen’s murder (to help her

25. “Bill Clinton Inc.” How millions of dollars were raised for the

26. Hillary sold 20% of America’s uranium to Russia as SoS, Clinton

camp worried that the deal is being investigated

28. Acknowledging radical Islam is a real threat and a “serious problem

32. Hillary says climate change activists should “get a life”

33. Hillary is pro-fracking, calls it “a gift”, despite what she publicly

34. Referring to a “Shadow Government” that protects Hillary (FBI

35. List of reporters that Hillary wined and dined, including biggest

a lot more. Off the record.

38. Racist remarks about Blacks and Muslims

39. Tipped off by the State Department regarding Benghazi emails

40. Hillary’s staff admitting she is “tainted” and “really vulnerable” on

42. Billionaire George Soros has influence over Hillary, ties to election

45. Admitting Hillary did not use private server for security reasons

46. Hillary Clinton “doesn’t seem to know what planet we are all living

in at the moment”

47. Hillary’s team: She has “the worst judgment” and her “instincts”

have led to many problems for campaign

48. Are there other emails that Hillary didn’t release to Congress?

53. Hillary Clinton bragged about being invited to Putin’s ‘Inner

54. Hillary needed to be reminded to NOT to discuss foreign policy

56. Hillary Clinton had to be told when to smile during speeches

57. “Bernie needs to be ground to a pulp” and more

59. Coordinating with SuperPACs, which is illegal

61. Plotting to attack Obama because “his father was a Muslim”

63. Hillary plans to support the TPP

67. Hillary tweaks her policies based on donors’ wants

68. “…go through all the emails and pull the official ones”

70. Hillary’s team admits to knowing of classified material in emails

71. NBC colluded with the Clinton campaign

72. Avoiding the press because of tough questions

73. Clinton Foundation did not pay for the services they received

74. Illegally coordinating with Priorities USA, a SuperPAC funded by

75. Conflict of interest: Bill was personally paid and received gifts

this story gets out, we are screwed”

78. Podesta connects to unsecure network where anyone could access

79. Hillary’s speechwriters: “I don’t mind the ‘backs of dead

Americans’ because we need a bit of moral outrage.” (Benghazi)

81. The AP colluding with the Hillary campaign

83. Hillary’s camp says she has a “character problem” and is “arrogant”

85. Meeting to go over Cheryl Mills’ testimony to FBI/Congress

86. Journalist talks strategy with Clinton staff and asks for permission

88. Proof that ‘Correct the Record’ (SuperPAC) is directly coordinating

with the Hillary campaign against federal campaign law

93. Hillary had a mole working on Biden’s team

96. “We are finishing up the next round of TV scripts”

100. Obama picked people in his administration from the suggestion