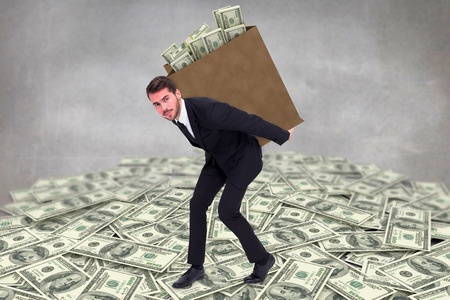 If you’ve been following the Vatican and related affairs (pun intended) over the past few decades, you’ll know that the Vatican Bank (officially: The Institute for Religious Works) lies at the heart of much of it, though just exactly how no one really knows. Its beginnings are murky as well. In the early 1920s, Benito Mussolini’s government recognized the Vatican as a sovereign state, and paid it some 90,000,000 gold lira in recompense for the 19th century loss of the papal states during the unification of Italy under the House of Savoy/Kingdom of Sardinia. That money, according to some, was parlayed by the Vatican through shrewd investments in Italian chemical industries and other combines into a vast fortune. If one is to believe the plotline of the late Fr. Malachi Martin’s novel, Vatican, a “bargain” was struck between the Vatican and the “high masonic powers” of Europe to allow it entre into the game of international finance. In return for this “Bargain,” someone – Martin never really clarifies – was given the right to exercise a secret “veto” during papal conclaves should a candidate secure election that the “powers that were” found unacceptable. For a period, some have argued that the Habsburg “Emperors Apostolical” of Austria exercised this power.

Fast forward to the 1940’s, 1970s and 1980s: this saw the kidnapping and murder of Italian premier Aldo Moro, the connection to the Gladio operation finally being exposed, though the “red Brigade” was made to take the fall. This action, some have alleged, was connected to the relationship between the CIA (Masonic connections again?) and the Vatican of Pius XII forged in post-war Italy. Then the bank was allegedly used to launder CIA funds into that country for the purpose of defeating the Communists in the 1948 Italian elections. Some allege those connections continued, and manifest themselves in Licio Gelli’s notorious Loge Propaganda Due scandal. Gelli was a right wing political figure, a Mason, and by the time the Italian authorities had shut down his lodge, had managed to recruit the high and the mighty from vast swaths of Italian society… including, it is alleged, high ranking people inside the Vatican. Adding fuel to the fire was the strange death of Italian banker Roberto Calvi, who was found hanged to death beneath London’s Blackfriars’ Bridge, with bricks in his pockets, both of which were suggestive, again, of some sort of Masonic connection. Calvi’s name had shown up in connection with Banco Ambrosiano, and hovered on the peripheries of the emerging BCCI scandal and even, if one wants to dig a little bit, the Iran-Contra affair, by dint of his hovering in the background of BCCI and Banco Ambrosiano. Oh, and let’s not forget Michele Sindona, the Italian banker who was caught in banking fraud scandals and who was eventually arrested to serve time in the USA. Sindona, too, was fingered as being a member of Loge Propaganda Due.

Then Albino Cardinal Luciani, Cardinal-Patriarch of Venice, was elected Pope, and by all accounts, was determined to root out the rot so to speak. A mere thirty-two days (note the number) into his pontificate as John-Paul I, Luciani was found dead in his bedchambers by a nun. According to some, he was reading a document. The then Cardinal-Camerlengo, Jean Cardinal Villot, clamped down a tight hold on the proceedings from that point, and nothing much else was revealed, except… later it was discovered by British researcher David Yallop that Archbishop Benelli, a personal friend and confidant of Luciani’s, had been to see the Pope shortly before his death, and allegedly handed him a list of “compromised clergy” in the Vatican who had some sort of ties to the Lodge, and some shady financial dealings. John Paul II (Karol Cardinal Woytila) was elected, bringing with him then American bishop Paul Marcinkus, who for a time oversaw the Vatican bank, and later, after the scandal wouldn’t go away, was made John-Paul II’s personal head of security and elevated to archbishop.

Now, if all this isn’t enough to convince you that – oh, wait a minute. Let’s not forget that according to the research of Peggy and Sterling Seagrave in their book Gold Warriors, that Japanese Emperor Hirohito had deposited some of the loot gained from Operation Golden Lily in, you guessed it, the Vatican bank.

Now if all of this isn’t enough to convince you that something is very rotten in Rome, and it’s not just the papacy, then consider what has happened in this ongoing story since then. Francis I was elected, and as we know, has made yet another attempt to reign in the Vatican bank, partially under international pressure, but also partially because of what I suspect the deeper reason is, namely, that since at least John-Paul I, at least some in the Vatican know that something is drastically wrong. Francis appointed an accounting firm to audit the bank, but all joy was lost when it was discovered that this was the same firm that was the auditor of record for Lloyds of London, and the Bank of International Sleaz… er, the Bank of International Settlements. Then we heard about Pope Benedict XVI’s butler having stolen personal papers, and the cardinal Francis appointed to oversee an overhaul of the Vatican bureaucracy, including the bank, Cardinal Pell of Australia, was enmeshed in the ongoing paedophilia scandals, having to take a leave of absence to go to Australia and answer charges.

If one picks through all the details of all these stories and allegations about the bank, there seems to be one constant: the bank became a “player” intimately connected to, and playing with, the other “big players” on the international financial scene, and was dealing with those “big players” both on the public, and very secret scene. What better way, for example, to launder money than through a big “mega-ministry,” which the Vatican surely qualifies as. Interestingly enough, if one coordinates that modern financial history of the Vatican, it also accompanies something else, namely, the increasingly non-Catholic “look” of Roman Catholicism.

But now there’s this article, shared by Mr. G.P. It doesn’t say very much, but there’s one line within it that is explosive:

The auditor, Signor Libero Milone, now admit’s he was forced to resign:

“Let me be clear: I did not voluntarily resign. I was threatened with arrest,” Libero Milone said in an interview conducted with four media outlets including Italy’s Corriere della Sera daily.

The auditing whizz, who spent much of his career with the audit firm Deloitte & Touche and was hired to much fanfare in 2015, said high-ranking figures in the Vatican wanted to scupper Pope Francis’s financial reform efforts.

Ok… we probably all suspected as much. Francis wanted to drain the Tiberian swamp, and all the forces of the Vatican deep state were mobilized against him, though we have yet to hear if the Russians hacked the conclave, nor have any stories been forthcoming that Hillary donated campaign donations to ANTIPA(Anti-Papa).  We probably won’t hear such stories, since there are stories and allegations that Benedict XVI’s sudden and unusual resignation may have been a soft coup launched by the Obama administration in behest of the US “Deep State: and Darth Soros. But then comes this little one line bombshell:

While a non-disclosure agreement prevents him from giving details of the irregularities he uncovered, Milone suggested his troubles began when he hired an outside firm to check whether the computers of his team had been bugged.

Ponder that one for a moment: financial cyber-hacking in the Vatican bank… Of course, Milone isn’t saying that; he’s saying that his auditing teams’ computers were hacked and bugged. But Milone is thereby suggesting a security problem; his statement suggests that a computer network had been established by his team to audit and investigate the bank, which network was relatively “secure” and independent of Vatican networks to the extent that it had to be physically bugged, rather than hacked. This, in its turn, is suggesting that he and his team may have suspected a deep cyber-penetration of the Vatican bank…

… and that suggests that the Vatican Bank may, as Fr. Martin alleged long ago in his novel, have been seriously compromised, and is no longer entirely or even partially under the control of the Vatican, but of other “interests” as well. And notably, since all these things have occurred, Francis has further distanced himself from Roman Catholic doctrine and tradition to the extent that he is under increasing “filial admonition” from “traditionalists.” (See this article shared by Mr. J.K. and many others this past week:

See you on the flip side…