by Mike Adams, published on Natural News on December 28, 2016 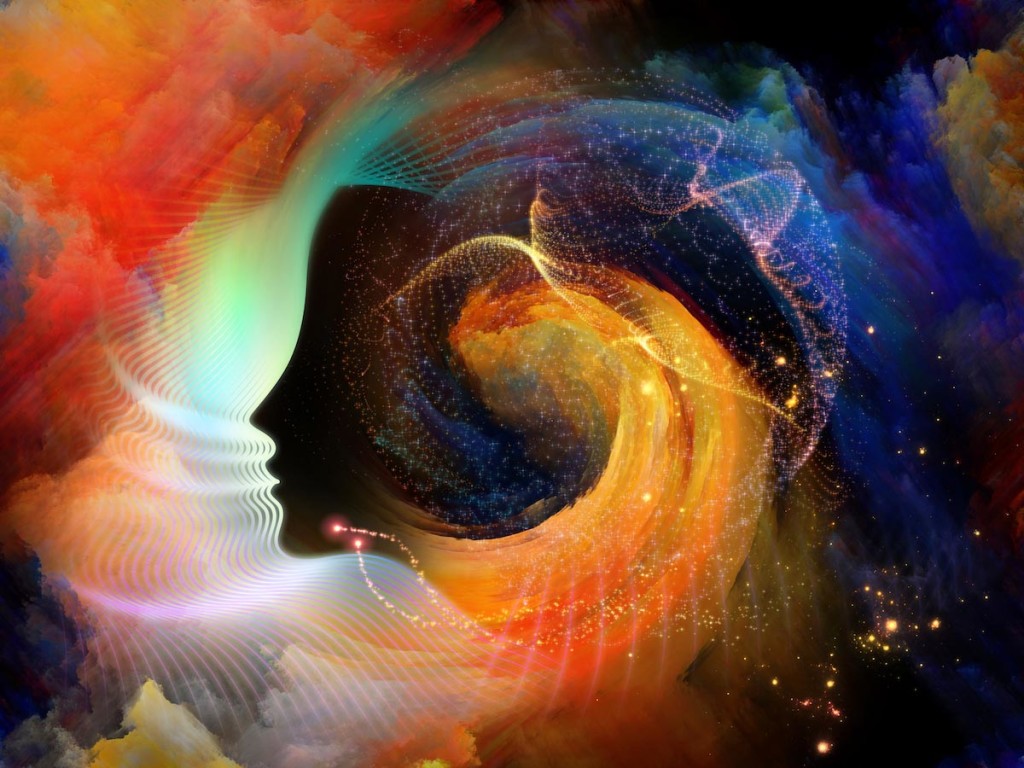 (NaturalNews) As we approach the end of 2016, we have all shared extraordinary successes, breakthroughs and revolutionary realizations that have reshaped human history. It has been a vibrant journey to share 2016 with all of you, and I want to thank you for your support, your comments, your suggestions and your advocacy of our mission. Without your support, this website would not exist, and society would suffer the loss of an important dissenting voice as a result.

All of us have been instrumental in seeing these changes take place. With your help, we all made a lasting difference. We helped defeat the evil Clinton machine while exposing the “fake news” lies of CNN, the Washington Post, NYT, MSNBC and all the other propagandists who pretend to be engaged in journalism.

In response, the Empire is determined to strike back. Fakebook has now appointed a cabal of actual whores at SNOPES to censor independent journalism by labeling it “fake news.” India’s financial minister has all but outlawed large denominations of cash currency, thrusting the entire nation into financial chaos as part of a plan to exercise police state control over citizens’ financial transactions. Germany is launching an actual Ministry of Truth to silence dissent, and the Obama subversion machine has announced a wholly fabricated scheme to “punish” Russia for its so-called “election interference” … but it’s actually a thinly veiled attempt to start World War III before Trump gets inaugurated on January 20.

Everywhere you turn, the globalist establishment is operating in panic mode to control financial markets, manipulate public opinion, override common sense and silence the truth in all its forms.

This can only mean we are close to achieving their defeat

We now stand on the verge of a global revolution in freedom and transparency that could make the entire globalist system of subterfuge, collusion and conspiracy all but obsolete. And you have a front row seat to all the action!

Great heroes of humanity like Edward Snowden, Julian Assange and Sharyl Attkisson have helped make this happen. Champions of journalistic freedom like Glenn Greenwald at The Intercept have accelerated this trend, and I hope you agree that we here at the Natural News network have made meaningful contributions in the same direction.

Truly remarkable movies have also gained recognition this year while waking people up by the millions to the shocking matrix in which they’ve been living. If I were to name the three most important films that gained traction in 2016, they would be:

As more and more truth keeps coming out about really big issues — the massive global scandal of central banks and the Federal Reserve; the great harm caused to millions of children by vaccines; the massive “treatment” scam of the corrupt cancer industry; the total political corruption of the DNC and the Clinton mafia machine; the fake news propaganda of the “mainstream” media; the George Soros agenda to initiate a race war in America; the Barack Obama “sleeper cell” KGB subversion agenda to dismantle America; the total quack science hoax of man-made global warming; the Common Core agenda to teach our children false history — the appetite for even more truth just keeps accelerating. People have been fed lie after lie for so long that they’re now starving for truthful, honest information on every topic imaginable.

That’s our mission for 2017 and beyond: With your help, we are continuing to expand our content reach while scaling up our news operation to replace the imploding left-wing “fakestream” media.

Some of our plans to help expand human knowledge and consciousness

In 2017, we are launching a live daily news video broadcast. We’re releasing a documentary film. We’re launching dozens of new websites targeted to specific news themes (such as Enviro.news, which focuses on environmental news). We’re even expanding our in-house laboratory with robotic automation to test more samples with greater throughput, allowing us to publish more lab results for off-the-shelf products.

Our goal is to bring you expanded awareness, critical thinking and intelligent analysis of world events. In doing so, we naturally seek to expose the corruption and criminality found in nearly every institution (medicine, media, government, education, etc.).

In pursuing all this, we face powerful and dangerous enemies of truth who are steeped in lies, deception and corruption. The entire left-wing media is an enemy of truth, and it’s joined by right-leaning organizations (such as Monsanto) which are also steeped in deep-rooted evil. The road won’t be easy, but as we expose and dis-empower these evil actors in modern society, we find purpose and meaning in our own lives. And that’s mostly why we keep doing what we’re doing… because it matters.

With your support, 2017 stands to be the most extraordinary year we’ve ever shared together… but it will also be the most treacherous for us all. The globalists are on the verge of criminalizing cash. The police state surveillance of private citizens has never been more intense. The global banking cartels are right now plotting a major market crash and debt collapse in order to blame Donald Trump for the ensuing financial turmoil. 2017 may be the year when the banks freeze all our accounts and transactions. Independent journalism websites like NaturalNews may be targeted for extreme censorship. Many patriots like myself may face unprecedented escalations of death threats and attempted acts of violence against us.

Yet none of these are sufficient reasons to stop marching forward for truth, transparency and the creation of a more free society for everyone. We must face tremendous evil head on… and then defeat it. Otherwise, we will never know truth, freedom and real contentment in our lives.

Recognize you are participating in a spiritual battle of good vs. evil

That’s why I invite you to continue on this journey with me throughout 2017 and beyond. All I need is your continued support of the Health Ranger Store and its 600+ high-end products (with more being added every month). With your continued support, I will continue fighting to challenge the status quo, expose the lies and tell the truth on every subject that matters, from medicine to politics to consciousness.

I thank you for your trust in me, your dedication to our shared mission, and your tolerance of those times when I get too distracted by current events and fail to focus on the bigger long-term picture. My sincere hope and intention is that, throughout 2017, you and I achieve a far greater degree of self-reliance, insulation against financial disasters, and increased awakening of others around us who have slumbered for far too long in fairy tale land.

The time for humanity to fully awaken is now upon us. Yes, it means facing some disturbing realizations about the true nature of the deep evil that infests our society. From the pizza parlors in our nation’s capitol (that don’t actually serve pizza, if you know what I mean), to the Satanic worship across Hollywood and the pop culture elite, I hope that 2017 is the year in which evil gets exposed and then destroyed across every sector of our society.

It is time that we recognized the true nature of the epic battle between good and evil playing out before us… and embraced our roles in fighting on the side of truth to defeat deception. These are divinely inspired goals for our time, and they can empower us to keep moving forward, even when we are bombarded by lies, smears and the politics of personal destruction.

Never surrender to the obedient masses. Never give in to the evil that infests our sick culture. Never look at a living human infant and tell yourself it’s okay to chop that baby into pieces to be harvested for “science.” Draw the line with strong ethical and moral boundaries. Reject seduction, conformity and self-destruction. Invest in your knowledge, your health and your awareness, and you will be richly rewarded in 2017.

Finally, do not ever surrender your dignity to any “guru” or “leader” or any cult of personality. Believe in yourself and your God… do not be deceived into worshiping any human being or the ground upon which they walk. Reject cultism in all its forms, including political cultism, religious cultism and guru worship. Do not ever fall for the false belief that you must be directed by someone else in order to find your higher truth. False prophets abound. Many seem incredibly convincing. Most are complete frauds. Be wary of false prophets. Seek truth in Mother Nature, God and the divine. Only in those realms will you be presented with genuine truth, untainted by the selfish whims and thirst for power found among too many humans.

My most important job, in fact, is to dispel the illusions that still infect your consciousness. Whether the subject is health, politics, history or science, my real aim is to help you break free from the false programming by which you’ve been indoctrinated. It’s really that simple. At the end of the day, my aim is that you can see the world with perfect clarity, completely on your own, without any analysis or interpretation needed from anyone else (including me).

In essence, when I achieve my most important goal in all this, I will be obsolete and irrelevant because the things I write will have already been obvious to you before I even wrote them.

That, my friends, is the ultimate success as a writer and teacher. It is not to make you depend on any of my words, suggestions or influences, but rather to see you to the day where you no longer need anything I can offer because it’s already obvious to you via your own mental faculties and expanded awareness.

Hence, my real goal for the rest of my life is to render my work here increasingly irrelevant; an extinct throwback to an era in which truth was punished and deceptions were celebrated by a twisted society that has long since ceased to exist. Sadly, I doubt I will live long enough to see that day arrive, which means it’s up to YOU to carry the torch and help awaken others at every step of your journey. There is much work to be done, and achieving it will require partnership among all truth tellers.

That’s why when you find the truth on any important topic, the most important thing you can do is share it with others.

Join our Diaspora social network to experience a completely uncensored sharing platform controlled by We the People rather than deceptive globalists. You’ll find it at Share.NaturalNews.com