Testimony from an Ex Satanist! What satan DOES NOT want you to know 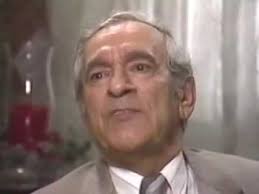 There sits today in rulership of this fallen world order one who has grown ancient in evil, cunning in subtlety, and cruel in deceit. He waged the first war of the universe in the distant planet called heaven, and subsequently brought conflict to this little world we call earth as it spins on the outer edges of the milky-way galaxy. He filled all heaven with discord and the earth with death, and both with great sorrow. He deceptively challenged every transparent purpose of the Creator, and even coveted the throne of the Eternal, planning to either assume rule of the universe or if not, then to plunge it into chaos and ruin.
This menacing figure who has hijacked our planet well explains the presence of every conflict that disturbs our world today, every pestilence that afflicts humanity, every sorrow and pain and death that tortures the children of earth. Lucifer, the former covering cherub and one-time honorable prime minister of the angelic intelligences in Heaven, has become Satan, the great adversary of our smitten world. This powerful angel heads a vast army of unseen intelligences, the hosts of darkness who oppose in this world, every beneficent purpose of our Creator the Almighty God of the universe. He especially hates the Holy One who in great condescension assumed our human nature that He might by divine power destroy the works of Satan, conquer evil and lift the terrible sentence of eternal death from our fallen race.
To speak of a throne of evil controlling this world system is no mere figure of speech, it is a grim reality. And the occupant of that throne is no figment of anyone’s imagination. Jesus Christ ascribes to him the title of “prince of this world.” John 14: 30. The famed Christian apostle Paul describes him as “the prince of the power of the air, the spirit that now works in the children of disobedience.” Eph. 2: 2. Paul also warns us that “we do not wrestle against flesh and blood , but against principalities, against powers, against the rulers of the darkness of this age, against spiritual hosts of wickedness…” Eph 6:12 John the Revelator describes this foe as “the great dragon,” “that old serpent, called the devil, and Satan who deceives the whole world.” Rev. 12:9.
When the leader of revolt against the Eternal Creator was expelled from heaven, expelled along with him were many other angel intelligences who had yielded to his cunning sophistries and had joined in his unworthy rebellion. This world is today their singular abode. This is because that tremendous event, which rid heaven of the fallen hosts, was followed by the tragic fall of our first parents under Satan’s lies. This historic fall let loose legions of fallen angels to bend all of their efforts and genius over many thousands of years in the work of spoiling, corrupting and ruining the once noble human family, originally created to be the crown of God’s handiwork. A key element of the strategy to ruin humanity has been to lead man to blight and degrade the fair earth that was intended to be our perfect and eternal home.
The apostle Peter warns us “Be sober, be vigilant: because your adversary the devil walks about like a roaring lion, seeking whom he may devour.” 1 Peter 5:8 Finally, the inspired revelator says ” Woe to the inhabitants of the earth and of the sea! For the devil is come down unto you, having great wrath, because he knows that he has but a short time.” Rev. 12:12.

1 Comment to “ Testimony from an Ex Satanist! What satan DOES NOT want you to know”