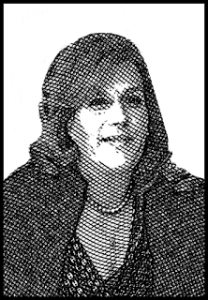 Update: I spoke with Youssef, Francis said she will get credit for jail time served so far.

Heather was sentenced to 57 months (4 yrs 9 months) with 2 years supervised release. The judge did not count the months already in detention in that 57 months. The prosecution wanted 63 months.

I spoke before the court as to her character as did her husband. How well I did I don’t know, but Francis asked me if I would. I spoke from my heart. I am not a lawyer nor all that good with public speaking, one reason I don’t do videos or radio shows I express myself better in writing. I’m slightly dyslexic and can at least edit what I write.
I never met Randy or even saw his Facebook page prior to seeing him during the trial in Knoxville. I did not know what he was going to do in advance, but I do know enough about banking transactions and the Federal Reserve to know that account exists and he used his real social security number. The prosecution has backed off the claim he used a false one today (yet prior court testimony to the jury and documents say he did). Randy and Heather are innocent of these charges. Please remember Randy as he is facing much longer sentence because of the number of charges against him.
It’s a difficult moment, but what brief time I was able to speak to Heather she said it had to go through to completion so that those who do this make their choices.
I feel no animus to the court, DOJ or FBI. Neither should you. If it wasn’t these individuals it would have been others “just doing their job” and following orders. But that excuse didn’t go over well in Nuremberg military trials did it?
I apologize to those there in support of Heather but I do not feel much like socializing tonight. I can’t eat right now.
There was a guy there that looked like Jordon Sather (same glasses too) but he did not return after the break so I was unable to verify that.  If not him, he’s got a look alike!