Terran aka Bill is one of HATJ’s closest friends since years back. He is currently in DC supporting Heather on the ground along with Neil, Youssef and others.

I’m sharing some information from one of my Skype rooms which is in full support for both Randy and HATJ . I’ve compiled data from the room with only Bills comments in order to make it easier to read and follow. There are some references that people might not be familiar with I list them before the conversation below.

RV – Revaluation
Little background: There has been a lot of talk in the alternative community about a so called RV of currencies that would take place. Some have speculated in Iraqi DINARS and others in Vietnamese DONGS. Phone and conference calls have been going on for years since after the last Iraqi war about this!!! The idea is that these currencies would revalue one day as the Kuwait DINAR did after the first Iraqi war. Meaning that the people would suddenly be ‘rich’ over night if they were holding these currencies when the revaluation kicked in!

There is only one problem the RV people were never told that the Collateral Accounts that would help trigger the alleged RV are linked to us the people since we are the COLLATERAL! Have you never wondered why the RV never happens? Cause there is no RV in the money sense, it is a REVELATION … and it is linked to control were money just plays a tiny part.

SSP – Secret Space Program
If you have followed Corey Goode and friends the term SSP is not new to you. If not then there is tons of information in the alternative media suggesting that Secret Space Programs have been run behind the scenes for decades. The major powers in the world have all back engineered crafts in order to keep the balance globally and used them to their advantage by dealings with off world beings.

Why do you think the Nazis were developing so many state of the art weapons already during WWII? They had help of course making these leaps and bounds in engineering. They lost the war officially but they moved the most important gear else were. Don’t be surprised if data concerning Hitler living in Argentina after the war surfaces together with data linked to Antarctica.

All transactions in the world are run through S.W.I.F.T (Society for Worldwide Interbank Financial Telecommunication). SWIFT provides a network that enables financial institutions worldwide to send and receive information about financial transactions in a secure, standardized and reliable environment. Swift also sells software and services to financial institutions, much of it for use on the SWIFTNet Network, and ISO 9362. Business Identifier Codes (BICs) are popularly known as “SWIFT codes”.

Now the interesting part is that SWIFT is owned by HSBC! I bet you didn’t know that.. Oh wait isn’t that a Chinese Bank? Thanx for the head up D from Removing the Shackles who found this out 2013!

Well lets get on with the rest of the data then.. AND also have HATJ and RANDY in our hearts especially today since HATJ’s next court date is today ! 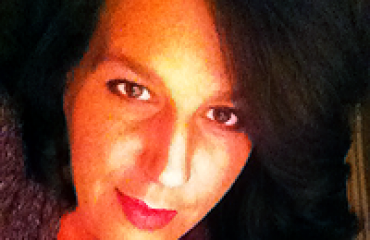