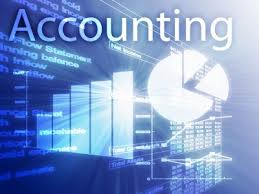 As an intuitive observer I have to share what I see and so here is my blurb concerning current doings connected to our TDA accounts.. In our world we need validation of things in order to move forward and validation has been given…

​One week has passed and here we are with all kinds of data linked to our TDA accounts. So far there is a 50% percent success rate more or less with paying bills via the accounts. PayPal though seems to be like a brick wall and makes up one excuse after another to not comply, they even close accounts.

​We humans have been giving away part of our value for way to long, you could also turn it around and say part of our value has been harnessed. This is done through our creative efforts, we create all the gods and services in the world but we do it via capitalism that only serves a few. Why? We can do this by servering all of humanity and without ‘corp-orations’.

​In order to do this though some things have to come to light such as our TDA accounts. We can’t fix the world by old remedies we need something different. The internet has helped us by spreading the word as fast as the click of a button. Who would have thought this 15 years ago? We see through false flags and deceptions faster then we can utter the words ‘What the h-l’!

​One of the main control grids besides health care, agriculture is our monetary system and all its trades. Most trades and transactions are not known thus not seen. The notion of scarcity of resources and money is not real but is ingrained in our minds from birth!

​I love all the actions and doings that are done by different individuals all over the world linked to TDA accounts. Some parts are standing out though!

​As far as I know only people in the U$ has been able to access their TDA’s via the FED. Why? ​I think one of the reasons is to make the accounts visible for all to see. I have not doubt that we all have these accounts though. Although the old guard are trying to change links and ways to access these accounts they can’t put the cat inside the bag again. The information has gone viral and people KNOW they are REAL!

​Accessing our accounts and pay bills may be all good and dandy or even buy stuff BUT I think the most important aspect of this is that we are revealing the existence of these accounts for the world. ​I think these revelations are actually one of the main purposes of our doings?

​​I also see other things coming further down our current timelines! 😉 Keep up the good work folks you are the change we’ve been waiting for! We are lifting the veils. Interesting is also that some banks and institutions wants to play and some not I expect we’ll see this on a more and more larger scale.

​To put some questions concerning NESARA,GCR, RV and Swissindo to rest. I don’t see  any connections between our doings with the filings and NESARA,GCR, RV and Swissindo. Swissindo was put to rest years ago and hmm suddenly they are up and running again? They tried to use the OPPT filings in their favour last time but did not manage. They are not going to succeed this time either cause we are the underlying value and I want to manage my own value and not give it away to any institution .. thank you very much!