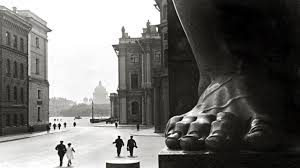 This is the story of how a visit to the Berlin Zoo led to the discovery that its magical atmosphere is inherited from the Star Fortress that housed the city and how all world architecture to this date is designed to extract electromagnetic energy from the ether.

All this advanced technology was created, designed and built only by the now called Great Tartary Empire. Asia, Africa, Europe, Oceania and the Americas were part of a single High Civilization Scythian-Tartar-Arian, who mixed with the red, black and yellow races. They taught them all they knew and build one worldwide architecture entirely focused on the extraction of electromagnetic energy.

This technology is the same to 7000 years. The Tartarian architecture undergoes slight modifications and influences according to the local characteristics of climate, culture and material resources but maintains the basic principles throughout the world. It is characterized by the use of arch openings, columns, domes and towers, in addition to details such as rose windows and muqarnas, symbols of the vibration of electromagnetic energy, which acts on molecules and changes the behavior of cells. All Tartary power stations, small and large, had pipe organs to harmonize and heal the population through sound waves, what is now known as “cymatics”.

The video shows how the Parasites invading forces that defeated Tartaria appropriated their palaces and red power stations worldwide and turned it into universities, museums, theaters, banks, prefectures, chambers of commerce, stock exchange, churches, high school, courts, banks, post offices, libraries, opera theaters, biomedical research institutes, casinos and tourist attraction, as well as cathedrals, synagogues and churches of artificially created religions. All the architecture and technology of the superior civilization of Tartary was stolen and passed into the hands of the Invaders Parasites who created the current ignorant civilization.

All buildings images in this video has – or at some point had – electromagnetic energy.