by Jonathan Landsman, published on Natural News, on January 15, 2017 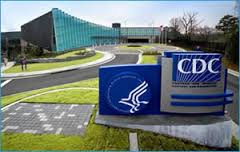 (NaturalNews) At the Centers for Disease Control (CDC) in Atlanta, the mood is bleak. President-elect Donald Trump’s surprise victory over Hillary Clinton has generated agency-wide anxiety, with employees reportedly worried about the impact of a Trump presidency on job safety, funding and public health policies.

CDC employees are literally falling apart and becoming emotionally disturbed over their future with Trump.

Specifically, CDC employees fear that Trump appointed public leaders may not support mandatory vaccinations – especially in light of the most recent meeting between Trump and Robert F. Kennedy, Jr., an outspoken critic of the pharmaceutical industry.  Employees are also worried that the policies of a Trump presidency will create a general atmosphere of ‘scientific regression.’

According to a representative of the radio station WABE, ‘one microbiologist (at the CDC) said her colleagues were crying in the hallways.’

Trump has been outspoken about his personal beliefs regarding vaccination, saying that he not only has never had a flu shot in his life, but that he has never suffered from the flu in any form.

Although there are no U.S. federal vaccination laws, all 50 states require that infants must receive vaccinations for measles, mumps and rubella within the first 18 months of life. Additionally, they must be vaccinated for tuberculosis, tetanus, polio, pertussis and Haemophilus Influenza Type B within their first three years, with a mandatory vaccination for Hepatitis B before starting school.

The growing number of vaccines required and its frequency (within a short period of time) have many integrative healthcare providers – and parents – concerned. Many childhood vaccines, including the DTap (diphtheria/tetanus/pertussis), contain aluminum – a known neurotoxin. Injected aluminum has been shown to cause behavioral problems, cognitive deficits and increased aggression; it has also been linked with the development of Alzheimer’s disease.

In addition, common vaccines contain toxins such as formaldehyde and mercury. And, according to recent research, many popular vaccines have been found to be contaminated with the toxic herbicide glyphosate.

Natural health experts have long warned of a link between vaccines and the soaring national rates of autism spectrum disorder. Some authorities place the current autism rate among children at 1 in 45, and warn that if the trend continues, an almost-unimaginable one out of two children will eventually be diagnosed with the disorder.

Will the CDC still have its power to quarantine American citizens and force vaccinate the population?

The atmosphere of worry at the CDC stands in sharp contrast to the authoritative tone of an NPRM – or Notice of Proposed Rule Making – released a mere three months ago.

In the NPRM, the CDC and the Health and Human Services Department alarmed natural health and personal freedom advocates with a proposal for an unprecedented expansion of powers, claiming the ability to detain, force vaccinate and even quarantine American citizens without due process – if they are believed to be “infected with a communicable disease in a qualifying stage.”

Expansion of the definition of “qualifying stage” – to extend to people showing no visible symptoms – has led to fears of forced quarantines and “medical witch hunts” in which the government could round up troublesome or unpopular individuals and detain them indefinitely under the guise of protecting public health.

Will Trump protect us from the grip of big pharma?

Defeated Democratic presidential candidate Hillary Clinton had taken a so-called ‘tough’ public stance against the pharmaceutical industry.  In 2015 she unveiled her plan to combat rising drug prices, and called drug companies “the enemies” she is most “proud to have made.”

This defiant rhetoric is undercut, however, by the fact that Clinton received more campaign cash from drug companies than any other candidate, accepting $164,315 in the first six months of the campaign alone. (In other words, Clinton never intended to really go after big pharma)

In response to Trump’s win, the CDC released a standard, boilerplate statement, saying the agency “stands ready to work with the new administration to protect and advance America’s health security.”

In spite of the unworried tone of the official announcement, employees of the federal agency are anxious – to say the least. And, when Trump takes office, we may finally see justice served to such a criminal organization that has failed to protect the American population from toxic vaccines.