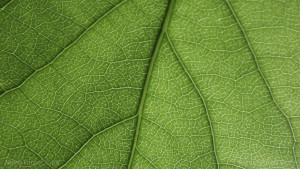 Natural News) Science can be used as a manipulative tool to distort nature for material gain, or science can help us unlcok secrets of consciousness, interconnectivity, and the intelligent design existing throughout nature. In a stunning new discovery, scientists reveal that parasitic dodder plants communicate with host plants to provide self defense against insects.

There are reasons why some plants grow well together and why some do not. Every component of nature, even parasites, plays a vital role in the ecology of life. The US Department of Agriculture has listed parasitic dodder as a federal noxious weed. Current agricultural systems go to great lengths to apply carcinogenic glyphosate and other herbicide mixtures to kill off dodder.

However, a team of scientists from Max Planck Institute for Chemical Ecology found that parasitic dodder plants of the genus Cuscuta do more than just take nutrients from host plants. Dodder give back to neighboring plants by engaging in social media-like information sharing that warns host plants about insect threats. Dodder plants act as a parasite, but are a valuable warning system that sends crucial signals to neighboring plants.

Dodder does not contain roots or leaves. As a parasite, it grows on host plants, never touching the soil. It does damage to weak crops that do not have enough nutrients to share. Dodder uses their unique haustoria to penetrate host plants so they can take water and nutrients. Scientists are now learning that this relationship isn’t one-sided. The dodder are latching on, connecting their vascular systems, and getting nutrients, but they are also sharing crucial information with their hosts. Are plants conscious? (Related: Stunned scientists discover that plants ‘learn like humans’ and can intelligently adapt to their environments.)

The warning signals help host plants prepare their defenses in advance to take on insects. Scientists have found that plants communicate underground using mycorrhizal networks. For the first time, scientists from Max Planck and Kunming Institute of Botany in China came together to study how parasitic plants communicate important insect feeding signals. For their experiment, they used soybean plants, tobacco, wild tomato and thale cress and paired the plants with the dodder. Then they unleashed Spodoptera litura caterpillars, a common pest, onto the plants.

Using RNA sequencing, the scientists analyzed the transcriptome for all active genes in the leaves of all host plants. Dodder that was wounded by the caterpillars transferred defense signals through “dodder bridges” that connected the parasite with the host plants.

“Signal transfer was revealed in the major changes we found in the transcriptomes of the attacked leaves as well as the unattacked leaves of the same plant and — which was most important — of neighboring plants,” said study author Christian Hettenhausen, a former co-worker of the Max Planck Institute in Jena.

After the insects started feeding on the dodder, “defense signals traveled rapidly from plant to plant via the dodder network, even over large distances” said Jianqiang Wu from the Kunming Institute of Botany. A plant hormone called jasmonic acid played an important role in the signaling between the host plant and the dodder. The alarm system even traveled between different plants.

Dodder proves to be less of a greedy parasite and more of an extension of plant consciousness to see, feel, and hear the world around. Study author Ian Baldwin confirms the change in mindset about dodder. “Ecological interactions in nature are extremely complex. A parasite steals valuable nutrients from its host, but at the same time functions as an important link to warn neighbors. Whether this warning is unselfish after all needs further studies to clarify.”

For now, dodder will be targeted as a noxious weed, as carcinogenic herbicides are applied to preserve crop yields. If agricultural systems improved the integrity of the soil, then plants could share more nutrients with parasitic communication networks such as dodder, so that the plants could protect themselves naturally, long term, and without toxic suppressive chemicals.