Stunning Developments In The Flynn Case

Stunning Developments In The Flynn Case 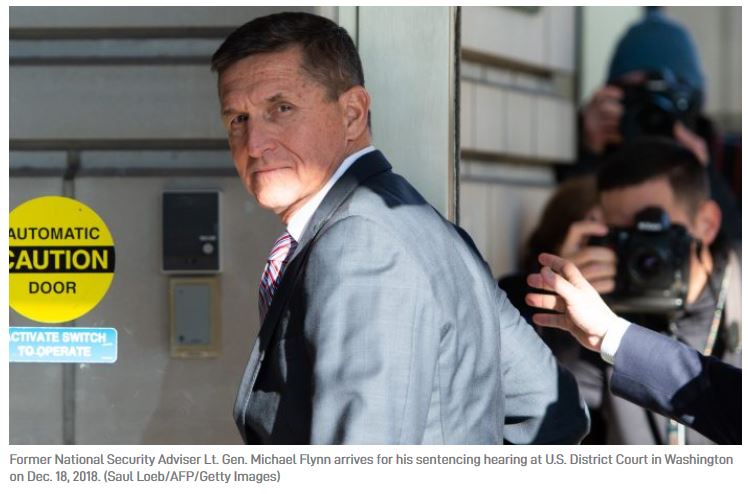 Many observers could’ve been knocked over with a feather at a crucial moment early in Lt. Gen. Michael Flynn’s sentencing hearing on the morning of Dec. 18.

After several weeks of revelations in his case, including a pre-sentencing memorandum just a week earlier from Flynn’s defense team that appeared to relate serious malfeasance by the Mueller Special Counsel, U.S. District Court Judge Emmet Sullivan asked Flynn if he would like to withdraw his plea of guilty.

To the amazement of many of the onlookers, Flynn told the judge he was not withdrawing his guilty plea and wanted to move on to the sentencing. Judge Sullivan took pains to give Flynn several opportunities to withdraw the plea, but Flynn stood firm.

That surprised many people following the events in the courtroom, since many—including myself—had speculated that the reason the Flynn team submitted its own pre-sentencing memorandum was in order to prepare for the withdrawal of Flynn’s guilty plea and a request to the judge to toss the case. It now became clear that was not going to happen.

After making absolutely sure this was what the defendant wished to do, Sullivan moved on to discussing the nature of the offense. Noting that the offense to which Flynn pleaded guilty was lying to the FBI while inside the White House itself, Sullivan then brought up news that had broken the previous day regarding the Mueller Special Counsel’s pursuit of Flynn’s former lobbying clients.

It was stunning to Judge Sullivan that it appeared an incoming presidential national security adviser (NSA) had recently been working for a foreign government as a lobbyist, something that led the judge to make some pointed comments to Flynn about “selling out your country” and “treason,” which he later walked back after a short recess.

As The Hill noted in its report “Judge To Flynn: Arguably You Sold Your Country Out”: “Sullivan later said he misspoke when suggesting Flynn acted as a foreign agent in the White House, noting Flynn’s lobbying work ended before he started working for the Trump administration. ‘I felt terrible about that,’ Sullivan said after a brief recess.”

However the judge may have felt about misspeaking, it gave the mainstream media one heck of a soundbite, which it ran with, many media outlets not clarifying that within the hour Sullivan stated he misspoke and didn’t mean to imply that Flynn was working as a Turkish lobbyist while inside the White House.

Flynn’s lobbying group had dissolved and his supposed lobbying on behalf of Turkish clients had ended before he accepted the job of being President Trump’s NSA and moved into a White House office during the transition period following the November 2016 election.

Following the judge walking back his earlier comments, the Mueller Special Counsel team representative in court, Brandon Van Grack, stressed the full cooperation the Mueller team has received from the defendant and requested a lower punishment, probation, and no jail time.

Under the judge’s questioning, Van Grack admitted that Flynn’s assistance to the government in its various investigations is “on going” and has not been completed. This fact gave the judge pause, leading him to state he’s not willing to sentence Flynn until he can see the full scope of the defendant’s help, and for that reason, he won’t pass sentence until Flynn’s cooperation is fully completed.

Judge Sullivan then delayed proceeding further for 90 days, setting a status hearing for March 13, where both sides are to appear to give him an update as to whether Flynn’s cooperation is still on going or if it has finished.

So what exactly is going on here?

There are several competing narratives:

People may be far more familiar with the first two narratives, so I’ll spend some time explaining the third.

The Flynn Intel Group (FIG) was created by Flynn in the fall of 2014. The FIG existed just long enough to make a few contracts, never seemed to do any actual lobbying, and then ended up refunding a lot of the money it was paid before disbanding in late 2016.

You know what also seems curious? Right around the time the FIG was established, Flynn publicly did a complete 180 on Turkey and Russia, suddenly talking about how awesome and wonderful Putin and Erdogan are. He even did an op-ed praising Erdogan and castigating prominent Turkish exile Fethullah Gülen as a “shady Islamic mullah.”

In August of 2017, Sen. Chuck Grassley sent a letter to Secretary of Defense James Mattis and the director of the Defense Intelligence Agency (DIA) Lt. Gen. Vincent R. Stewart, in which he revealed that his Senate Judiciary Committee had been shown some highly classified documents by current DIA personnel back on May 25.

In his letter, Grassley specifically requested that Mattis and Stewart declassify at least one particular piece of information in these documents out of fairness to Flynn. He wrote:

“Based on representations made by the DIA personnel, it appears the public release of this information would not pose any ongoing risk to national security. Moreover, the declassification would be in the public interest, and is in the interest of fairness to Lt. General Flynn.”

From what is currently known, it appears Grassley’s request was refused, likely because divulging it would compromise on-going investigations. Whatever the reason, it appears that at least key members of Congress are aware there are things going on underneath the surface in the Flynn case, and the most popular and prevalent narratives could be wrong.

Brian Cates is a writer based in South Texas and author of “Nobody Asked For My Opinion … But Here It Is Anyway!” He can be reached on Twitter at @drawandstrike.