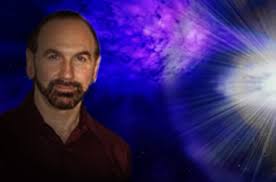 Check out this interview I did with Stewart Swerdlow. We talk about the Montauk Project, how he is the last of the Montauk boys; we talk about Timelines, ET’s and Aliens, 5-G, CERN, the Q movement, DNA, Ascension and more!

A gifted Hyperspace Intuitive, Stewart A. Swerdlow focuses his consciousness beyond time and space to determine your foundational mind-pattern upon which all your life experiences are based. His great-uncle, Yakov Sverdlov, was the first president of the Soviet Union, and his grandfather helped form the Communist Party in the United States in the 1930s. Yakov’s son, Andrei, created the KGB. Stewart’s grandmother was a Soviet spy against the Germans in WW2. To ensure that his loyalties stayed with the US government, he was “recruited” for specific government mind-control experiments, including 13 years at the Montauk Project, which enhanced his natural abilities.

Stewart, a linguist who speaks ten languages, is an expert in deprogramming and determining which Illuminati programs are embedded in the mind-patterns of any individual. His mission is to help others heal themselves in a positive way, thus avoiding the negativity he experienced.

Stewart has been knighted twice and is the Ambassador to Europe for The Sacred Medical Order of the Knights of Hope and has been named Grand Prior of the New Templar Order of the Chaldean Church.

Stewart has 4 doctorates and has a medical license in Indigenous Medicine. He is an associate professor at the Panamerican University School of Medicine. He and his wife own Expansions Publishing Co.