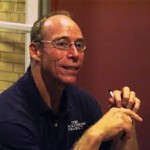 You are invited to join Dr. Steven Greer- founder of the world-wide Disclosure movement and CE-5 Initiation and creator of “Sirius”, the historic documentary- for an evening of amazing information on never -before heard revelations on briefings and contact initiatives in Europe.

– Briefings for European royal families and Government officials in the UK, Monaco, France, the Vatican and Liechtenstein

– Senior French Ministry of Defense and Intelligence initiatives for CE-5 contact events in France and never-before seen documents from the French Government- the most important UFO documents in existence!

– He will discuss the CE-5 Contact event in France with ET craft confirmed on radar over CE-5 Contact Site at over 200,000 kilometers per hour- and one that appeared partially materialized in the contact field

– The future of Disclosure and Contact in Europe and the world- and how you can play a key role in the beginning of a new civilization on earth!