Steve Pieczenik: The Hillary Clinton Takeover of the United States

Steve Pieczenik: The Hillary Clinton Takeover of the United States 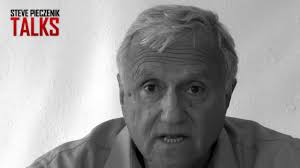 Hillary and Bill Clinton are attempting a takeover of the United States and will stop at nothing. A coup d’état of this magnitude has never been affected in such a subtly calculated way.
SEE MORE AT: http://StevePieczenik.com