Status of QEG Build Morocco:Day 9 Comments from an Engineer

By Justin and Julien, Stillness in the Storm, published on May 4, 2014 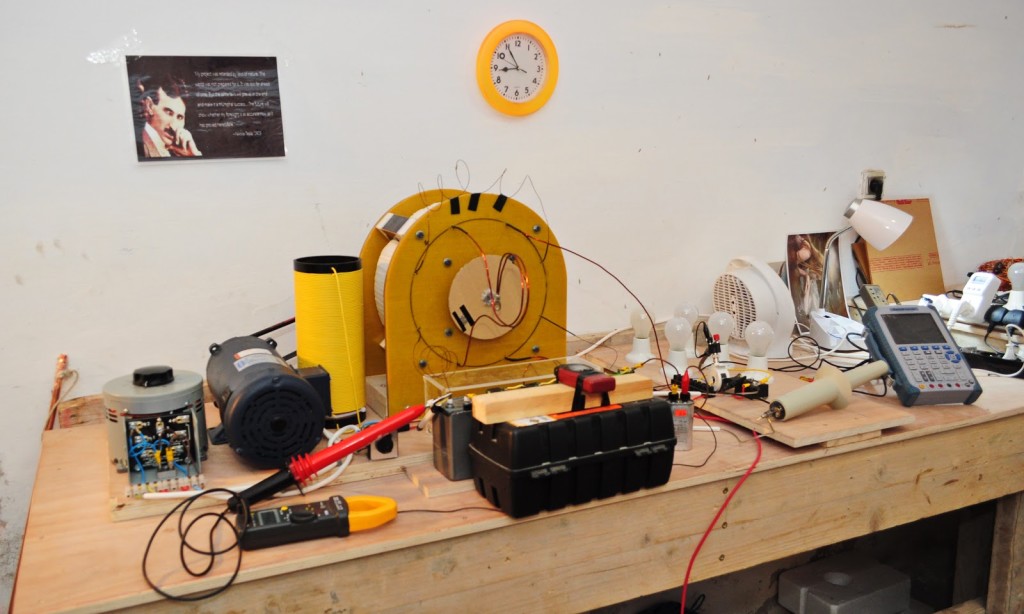 We had one of the independent engineers that was here for the build leave a comment on Status of QEG Build Morocco: Build Day 3 – Initial Resonance Achieved! (Video), with some updates about the QEG. This commentary is relevant to the build and we thought we would share it. Thanks for commenting!

A quick update on this “from the ground”. I have been in Morocco building the QEG for the past 10 days, and arrived home yesterday.

I am an engineer and am independent of the QEG group. I went out to Morocco to be involved in the QEG build and to make independent 3rd party measurements. As suggested by Justin & Julian’s comments, this video represents only the first step in truly testing the claims of the QEG – it was the first time it was turned on, and was completely un-tuned. We measured this un-tuned set-up using voltage/current probes on an oscilloscope and showed about 1000W power from the wall, and 350W across the load (in this case 3 x 100W bulbs), so a COP (co-efficiency of performance) of about 35%. This was a few days ago, and in this set-up we would not expect a COP greater than than 100% even when tuned because the circuit is not complete. 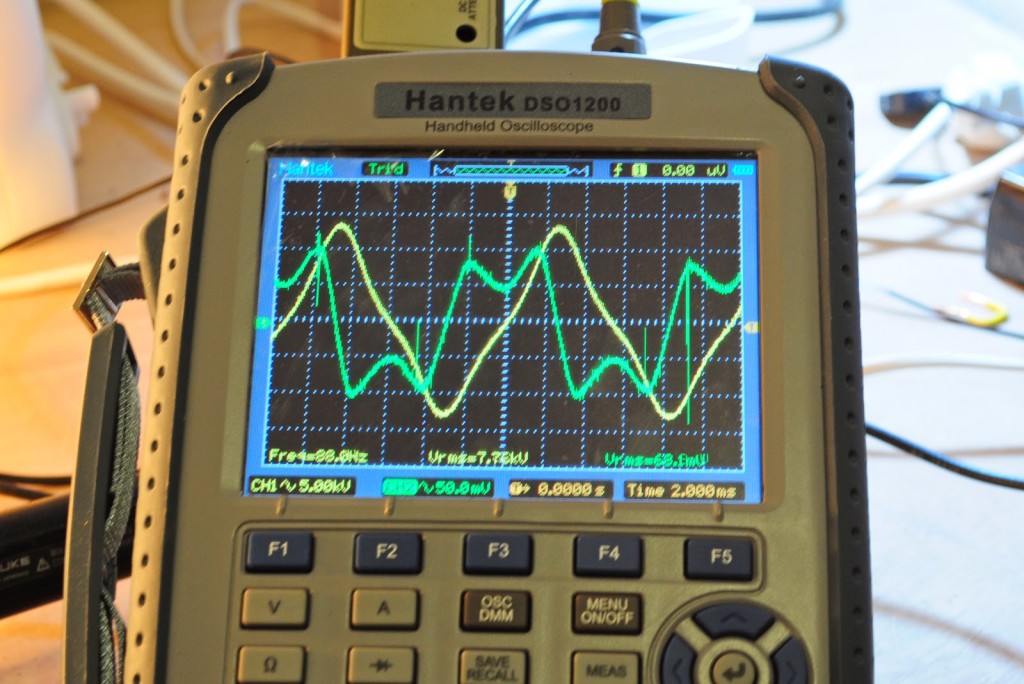 As of yesterday, the final parts arrived to tune the system (capacitors), and it will take a few days to complete that process. In addition to the set-up shown in this video, the ‘exciter circuit’ has been added, which Witts says is the important aspect for creating the over-unity effect. The tuning will attempt to match the LC tank resonance to the mechanical resonance of the core (around 400Hz). Then the exciter circuit will create a regular 1.3MHz pulse to “condition” the core and apparently allow over-unity to take place. 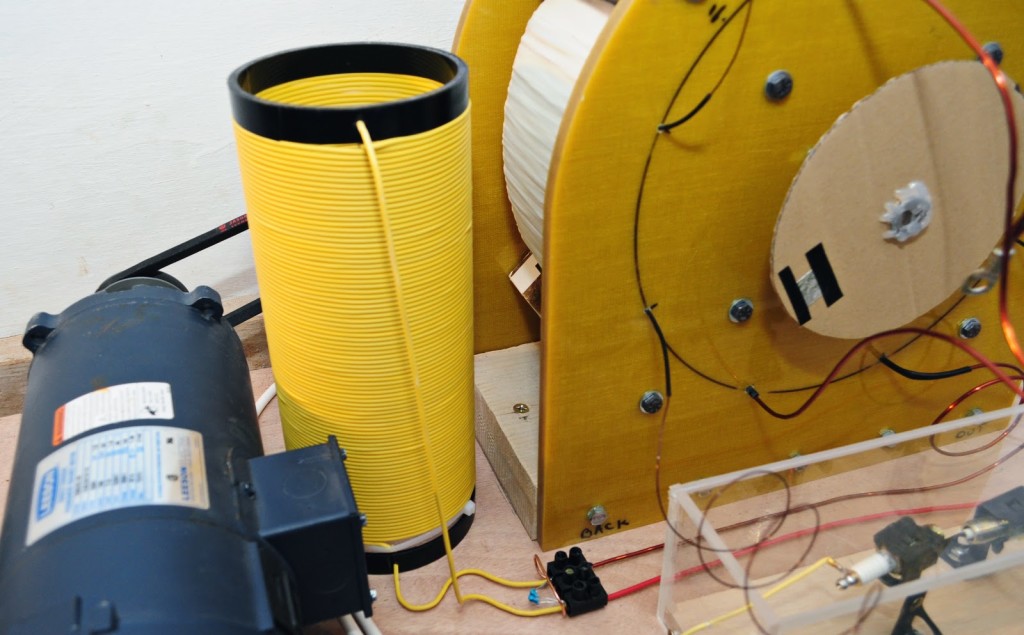 Should over-unity be measured, the final part of the plan is to extract some of the excess generated power on the output side and loop it back into the input (the variac & motor), meaning the mains cable can be unplugged.

However, there is some work to do before this stage is reached. We have been spending a lot of time trying to understand the Witts work, and there are a few gaps in our knowledge that we are trying to figure out. I plan to go back out there in a few days to continue the assessment. The QEG team (Jamie, Val & Hope) are the most genuine, selfless and lovely people I have ever met. I would ask that you all have some patience with this. The right people are there to make this happen, just hold the space open to allow this to come about.

The Capacitors have been in the QEG shop since build day 8, May 3rd, and the team has been at work since then preparing for the next round of testing. Stay tuned for more updates and as the Engineer suggested, hold the space of love and patience as we step forward into our collective future.