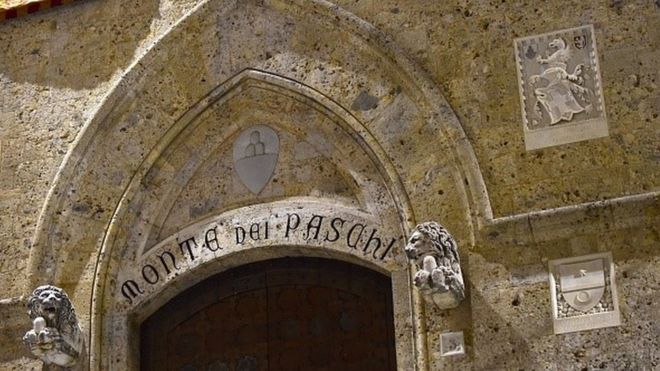 The bank looks increasingly likely to be bailed out by the government after a deadline for recapitalisation passed.

The Italian parliament has authorised the government to use more than $20bn (£16.8bn) to support the bank sector.

But a state bailout would mean thousands of ordinary retail investors could face losses.

Monte dei Paschi failed to raise an extra €5bn (£4.25bn) from private investors by the deadline at lunchtime on Thursday and is expected to request government intervention.

However the government would need to adhere to new European Union rules designed to prevent the tax payer bearing the brunt of supporting weak banks.

The new Italian prime minister, Paolo Gentiloni, has vowed not to let the bank fail, for fear that its collapse could topple the rest of Italy’s heavily indebted banking sector. 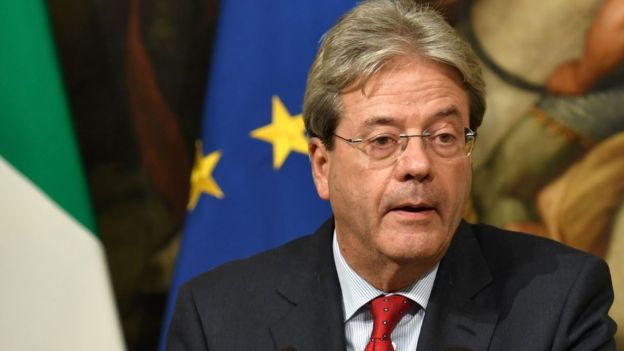 Mr Gentiloni is “stuck between the devil and the deep blue sea”, according to Michael Hewson, chief market analyst at CMC Markets.

He told the BBC’s Today programme it was likely that thousands of Italian retail investors, including pensioners, would be left out of pocket, because new EU rules governing bank rescues demanded that bondholders should be the first to take a financial hit.

Small investors are estimated to hold some €2bn of Monte dei Paschi’s bonds.

Ferdinando Giugliano, economics commentator for La Repubblica newspaper, told the BBC that this could cause controversy in Italy, since about 40,000 small investors would be affected.

“The politics is toxic. There will be a number of people who will feel defrauded by this operation,” he said.

“Just a year ago, there was a similar case for four much smaller banks where the government stepped in… that was just 10,000 people.

“Now with Monte dei Paschi di Siena, we’re talking four times as many people. A year ago, we saw widespread political discontent because of this decision. There were protests. The bank of Italy, the regulator, the government came under huge pressure.

“So we’re bound to see something similar in the coming days and it will be a big challenge, particularly because in Italy we have a new government.” 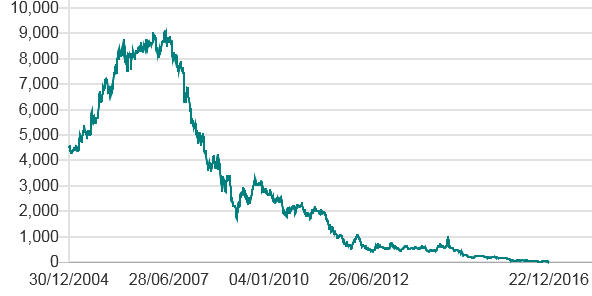 A state bailout has been on the cards for some time – but the government has been anxious to avoid stepping in. The reason is simple. Under European laws, designed to prevent taxpayers from bearing the costs of broken banks, investors are supposed to bear some of the costs of a rescue.

That’s not such a problem if those investors are large investment funds with deep pockets. But in Italy, many of those left exposed would be retail investors – ordinary people, who may have put their life savings into bank bonds thinking it was a safe bet.

Monte dei Paschi is a much bigger bank, and if small investors have to bear losses, that could have much greater consequences and the political impact could be even more serious.

So the question is not whether Monte dei Paschi receives a bailout; it’s how that bailout is constructed, and what steps the government takes to protect or compensate ordinary investors.

As it became increasingly likely that the government would step in, Il Sole 24 Ore newspaper reported that the plan was for a rescue in several stages, although it gave no details.

On Wednesday, Monte dei Paschi revealed that it could run out of funds by next April, using up nearly €11bn (£9.2bn).

Previously it had said it had the funds to stay afloat for 11 months.

Founded in 1472, Monte dei Paschi is said to be the oldest surviving bank in the world.

It failed an EU stress test in July because it has billions of euros of risky loans on its books, made to clients who cannot afford to repay them. The situation has worsened since then.