as we shift – ascension fatigue 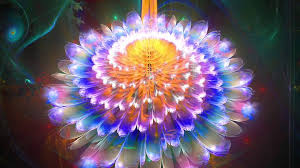 There is, perhaps, a diminished tension in the air, while a remaining floating physical stress remains.  Waking up is a lot to do (both literally and figuratively). Once awake, the sense of reckless shots of forceful energy blasts are not as prevalent as they once were.  What persists though, is a sort of fatigue. To muster enthusiasm for new projects or endeavors is a bit of a struggle. What’s weighing us down?  What force threatens to keep us pinned to the mattress each morning?

Contemplation leads us to a specific culprit. It is, I suspect, a symptom of this gradual 3D release.
There is no blueprint for this transformed human.  We are a WIP; work in progress. As we shed non-supportive patterns and let go of heavy attachments, there are parts of us new, bits of us reforming, and some of us still deciding what to hang on to and what to release.  We are doing this without instructions and we are doing a great job!

Watch carefully and you’ll see evidence in your every day.  Just today, one of my friends shared with me the fact that he and a mutual co-worker had reached a compromise.  They decided they were both right. Until this now, they’d been mostly arguing.

Other pieces of evidence spring from the children. One of them comforted a staff member when a mistake was made.  One more told me today, as he played a game with a younger child, that he’d “take care of her” so I could work with some of his older classmates.