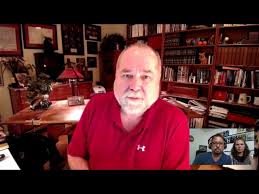 From Robert Steele – We do now know (I did not know this at the time the below video was recorded and I have no link for this, it comes to me from an inside source) that former CIA Director John Brennan plotted this false flag attack, which may have involved some real sarin allegedly destroyed during the Obama Administration, with Senator John McCain and National Security Advisor Herbert McMaster. Brennan got the Saudis to pay half and McCain got Israel to pay half. They blind-sided – this is clearly treason – not only the Director of the CIA, but the President, the Secretary of State, and the Secretary of Defense. In my personal view, both John McCain and Israel Prime Minister Benjamin Netanyahu should be impeached by their respective legislative bodies. Whether true or not I cannot certify – it is consistent with my evaluation of each of these people, and a good starting point for an international investigation. I have long felt that John Brennan should be standing before the International Court of Justice as a war criminal, not least because of the CIA’s drone assassination program that I recently denounced in a book review article for Intelligence and National Security.

If you appreciate what we do here at VL, consider supporting us on Patreon.. Thank you 🙂 https://www.patreon.com/victuruslibertas