Tens of thousands of people in the autonomous Basque country of northern Spain have formed a human chain to push for greater autonomy. 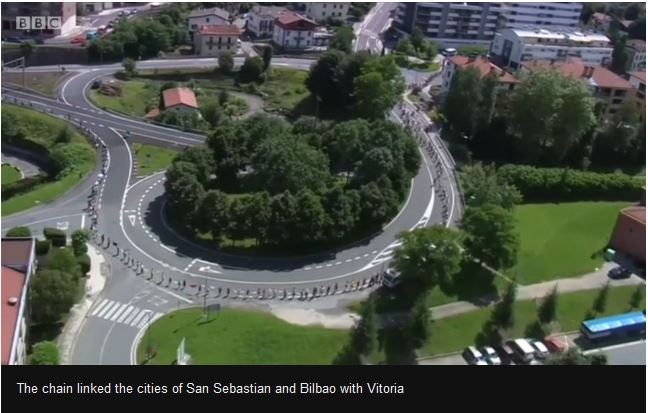 The organisers say it reached 202km (125 miles) and linked the cities of San Sebastian and Bilbao with Vitoria, the seat of the Basque parliament.

The region has a higher degree of self-government than Catalonia – which has been seeking independence from Madrid.

Support for outright Basque independence has fallen over the years.

Many, though, believe the population should be given the right to vote over their future ties to Madrid. 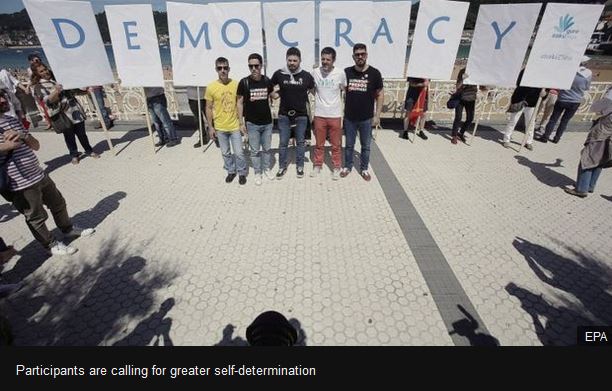 Last month, the separatist group Eta, which had been fighting for Basque independence, formally announced it was disbanding, almost exactly 50 years after claiming its first victim.

Deemed a terrorist organisation by the European Union, it killed more than 800 people between 1968 and 2010, the year before it announced a permanent ceasefire. 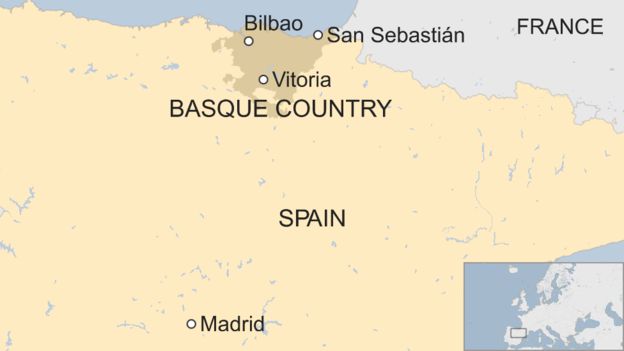 Sunday’s participants to the human chain – organised by Basque group Gure Esku Dago (In Our Own Hands) – were asked to write their aspirations on neckerchiefs, which they used as links in the chain.

Last year, a banned referendum on Catalonia’s separation from Spain and consequent unilateral declaration of independence by the regional government prompted Madrid to impose direct rule over the region.

The courts have since detained politicians involved in the independence drive based on the constitutional clause that Spain is indivisible as a country. 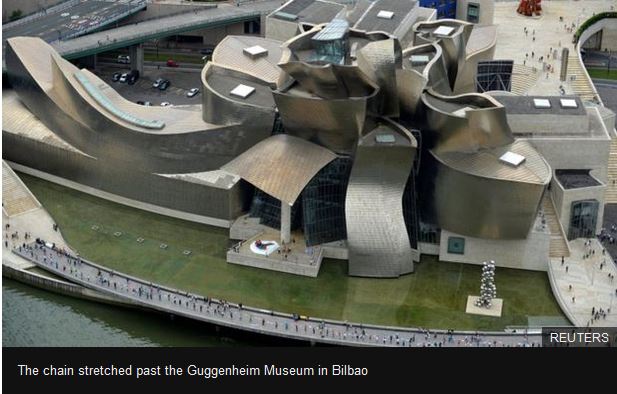 The Basque region has more autonomy than any of Spain’s other 16 regions, with its own police force, education system, language and a special financial relationship with Madrid.

In contrast with Catalonia, where support for secession is close to 50%, support for independence within the Basque country is currently around 15-17% according to polls.