Space Fence Program Takes the War on Consciousness to the Heavens

Space Fence Program Takes the War on Consciousness to the Heavens 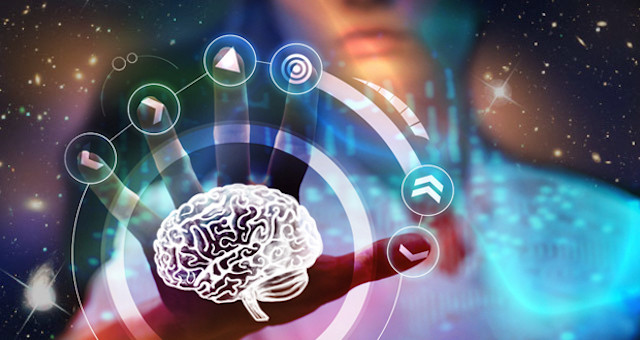 “The key idea for the space fence is about surveillance beyond comprehension, all the way down to the DNA.” ~Elana Freeland

Lockheed Martin, one of the world’s largest military industrial contractors, is leading the development of a ‘space fence‘ to surround planet earth with a new breed of high frequency satellite communications. The ostensible purpose is to provide the U.S. Air Force with the ability to identify and track objects and ‘space junk,’ and to detect space events, however, the system will also provide an unprecedented level of surveillance over the entire planet.

“Construction is underway on Kwajalein Atoll in the Marshall Islands to build Space Fence, a sophisticated system that will dramatically improve the way the U.S. Air Force identifies and tracks objects in space.

The locations and higher wave frequency of the new Space Fence radars will permit the detection of much smaller microsatellites and debris than current systems. Additionally, Lockheed Martin’s Space Fence design will significantly improve the timeliness with which operators can detect space events, which could present potential threats to GPS satellites or the International Space Station. The flexibility and sensitivity of the system will provide coverage of deep space geosynchronous orbits while maintaining the surveillance fence.”

A promotional video from Lockheed Martin touts the benefits and capabilities of the space fence:

Version 1.0 of the space fence, dubbed Air Force Space Surveillance System, went live in 1961 and came offline in 2013 in preparation for the new version, which will be able, ‘use S-band radar and will track a larger number of small objects than previous space radars: “about 200,000 objects and make 1.5 million observations per day, about 10 times the number” made by existing or recently retired US assets.“‘

Truthful information, not marketing propaganda, is as always difficult to come by when examining military industrial projects, however to some, the space fence is more than a complex system to keep us safe in space, and technology of this nature and power represents an extreme escalation in the war on the individual and the war on consciousness.

Elana Freeland, investigative journalist and author of Chemtrails, HAARP, and the Full Spectrum Dominance of Planet Earth, is publishing a new book in 2017 entitled, The Space Fence, which combines her knowledge of covert technologies and the frequency war on planet earth with specific information related to the space fence project. Her analysis leads to the conclusion that this project is part of a web of technologies being put into place to monitor, surveil and influence humans on a mass and on an individual scale, with the intention of creating a high-frequency prison of sorts, which will affect human behavior and consciousness in a way that benefits the aims of the world’s ruling elite.

The space fence is precisely the type of technology needed to bring human consciousness under full control in a new kind of government, the technocracy. According to journalist Jon Rappoport, this is the realization of the dark vision for humanity as described by Aldous Huxley in Brave New World. Rappoport remarks:

“Every time I read Brave New World I see complacent animals grazing in pastures. That’s the picture. Human animals at peace in the fields. Nothing to care about. Nothing to think about. Just bend and chew. Don’t worry, be happy.

They are living in a universal super-welfare state. Their needs are satisfied—especially the central need: pleasure. It isn’t gained or worked for. It’s given. It’s a fact as basic as rain and sun. It’s there. It’s the shortest distance between the present moment and the next moment.” ~Jon Rappoport

Secrecy is the norm in our world today, and there are, of course, two stories behind the space fence project: the official version of creating a safer world, and the more holistic version uncovered and revealed by dedicated journalists and whistleblowers.

“The degree of secrecy from official sources that we’ve learned to live with in modern society is reaching a dysfunctional level between the public state and deep state covert operations. Programs that include geoengineering, weather manipulation, and attempts to ionize our atmosphere for the purposes of surveillance do exist, although they’re completely ignored by mainstream media. The idea of an enormous space fence being built with public money but with no compelling explanation being given, leads to the possibility that there are powerful reasons for hiding it.” ~Dark Journalist 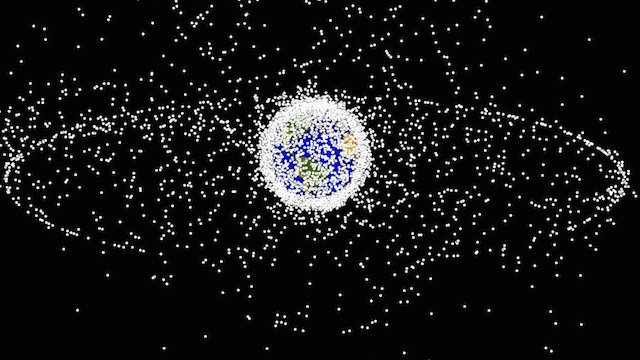 In a recent interview with Dark Journalist, Freeland explains how a deluge of advanced technologies developed by the military and funded by the deep state will be brought to bear on the human race.

Her investigation looks into the covert intention to modify and invade the human body with nano-technologies designed to act as receivers for frequency information distributed by programs such as HAARP and the space fence. Nano-bots, nano-fibers, genetically modified organisms, engineered bacteria, and heavy metals, are already being delivered into the human population by geoengineering projects, vaccines, foods, water, and pharmaceuticals.

“They want those nano-bots inside our bodies. These are the little towers inside that will give complete control, not only over our body, but over our brains.

These nano-bots are wired for a wireless world and can be remotely triggered.” ~Elana Freeland

Speaking on the matter of remote mind control as achieved by a global network of electromagnetic control, she remarks:

“The key idea for the space fence is… about surveillance beyond comprehension, all the way down to the DNA. and the surveillance is not, don;t think satellites and things up in the sky, think your cell towers and the GWEN towers and the NEXRADs across the nation. And now think of the little heavy metals inside your bloodstream that are turning your entire body into – it’s always been an electric tower, our bodies are transmitters and receivers – but now, with the heavy metals in there, that are highly conductive, and living in a wireless environment with masses of waves moving through us all the time, even in remote areas, we have to think that this is part of the surveillance system. These are the little towers inside us, that will give complete control, not only over our body, but over our brains. And this is what they’re heading toward. The space fence is very much connected to transhumanism, and the so-called singularity that they believe is coming. They are working hard to transform the earth plane into something unnatural, artificial.” ~Elana Freeland

The web of technological control becomes even more complex and more encompassing when you add to this the deployment of sounding rockets delivering aluminum-oxide into the upper atmosphere, the spraying of barium in the skies, CERN, and HAARP technology. The aim is the formation of a saturnine ring around the planet, creating a tight ring of surveillance and genetic control over planet earth and the human race.

The space fence is the kind of project, shrouded in secrecy and disinfo, American taxpayers are funding with little to no explanation, no accountability, and no possible way to understand. While our economy at home is being gutted by central banks and a globalist takeover, we are being led into the shackles of the technocracy.

As with many of the darkest plans of the world elite, their intent is often foreshadowed by Hollywood in science fiction films. The predictive programming regarding SKYNET in the film The Terminator is a classic example.

The following clip from the 2009 movie Gamer, offers a glimpse of a system such as this. In it, the villain has delivered nano-technologies into the brains of people, which act as receivers of signals sent by himself, giving him the power to direct the actions of others.

In the following breakdown of the villain’s plan in the film Kingsman: The Secret Service, the evil capitalist, played by Samuel Jackson, has given free SIM cards to everyone on the planet, whereby he can transmit a signal causing people to unwittingly go into a violent murderous rage. The endgame here is global depopulation to rid the earth of the ‘virus,’ which is how he views human beings.

“We’re up against something very organized, very scientific, and very dangerous.” ~ Elana Freeland

The evidence of a war on consciousness being waged against the human race is substantial. Journalist Graham Hancock has outlined with great eloquence how the war on drugs attempts to restrict our access to the vast powers of our spirituality, and now this war is going digital, taking to the heavens.

Information of this nature presents with the opportunity to increase our own personal awareness and work towards the elevation of personal and collective consciousness, empowering us to both resist and survive this madness.

Lucas Dare is a staff writer for Waking Times, where evolution and revolution unite, and for Offgrid Outpost.

This article (Space Fence Program Takes the War on Consciousness to the Heavens) was originally created and published by Waking Times and is published here under a Creative Commons license with attribution to Lucas Dare and WakingTimes.com. It may be re-posted freely with proper attribution and author bio.