Sovereignty and The Impact of The One People 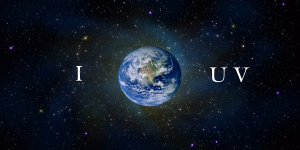 Sovereignty and The Impact of The One People

Looking back to March feels like an eternity now. So much has changed yet it feels the same. A strange paradox. Up until March I had been doing my own healing work for a few years already, I had a job, a husband, but I was having a rough time. I was living in a constant state of lack. No matter how much I worked it was never enough. With all the “bills” I had accumulated I knew It would take me years to “pay it off.”

This was a dark depressing place. Working hard yet not even having enough money to buy basic things. I knew I was not alone, I also hoped there was another option. I did not want to continue on the way I had been living. It started out simple. I erased all my Facebook friends, after I realized I didn’t even know who 90 percent of the people were. I told myself I needed to have people in my life who were like minded. I wasn’t sure how that was going to happen.

A short time after this I was online and came across a site called getoutofdebtfree.com. I got very excited, I watched video after video waiting for an answer on what to do next. I never got an answer from Winston but in one of the threads for one of his videos, someone mentioned The One People’s Public Trust(formerly known as OPPT) and had a link for the site. Little did I know this one person sharing that link in a youtube thread forever changed my life.

One of the many things OPPT did for me was help me claim my sovereignty back. I did this in many ways. One of the ways was the immense knowledge I gained about “governments” and ‘corporations.” Once I realized how simple it was yet how complex we have perceived it to be, it was mind-blowing. All “governments” are really corporations, creating money out of thin air, money that has no real value backing it.

The energetics of the Courtesy Notice is astonishing. Once I read it I could feel the power in the words. Once I printed it some off, filed them out, sent them out to my “collectors”, I felt and immediate shift in my Being. I knew I was really “free”, they no longer had my energy or my time. I quit my job and my whole view of the world changed even more dramatically.

I continued to meet many people through The One People Movement. I created many Facebook groups to facilitate in the spreading of awareness about the UCC filings and what OPPT had done. I have also done work for the Absolute Data Exchange Site. http://www.absolute-data-exchange.com/

I have met some of the most amazing people via Facebook through The One People Movement. A lot of these relationships are very heart based therefor creating life long relationships. I have experienced such tremendous support and love from so many people from all over the world. People who I have never met in real life, extending emotional and physical support when needed the most. This has been very healing and has caused me to make huge strides in a short period of time.

I am forever grateful for what the OPPT Trustees did and continue to do. The UCC filings created a wave that has grown and rippled throughout the whole universe. Uniting and offering options for people all around the world. It has been an honor and a beautiful experience.

FACTS ABOUT WHAT OPPT DID:
The One People’s Public Trust (OPPT) announced the foreclosure of the world’s banks and “governments” on December 25th 2012 stemming from prior investigation into massive fraud across the entire system:

What happened?
The OPPT posed to the world’s Banks and Governments:
1. that they had by deceptive acts and practices been stealing from the people for hundreds of years, and;
2. nothing stood between the Creator and each of the Creator’s creations,and gave due opportunity to rebut both statements. They could not and did not. To understand this fully please read the Declaration of Facts at
https://i-uv.com/oppt-absolute/original-oppt-ucc-filings/

What does this mean for you?
Are you paying a “debt” to a foreclosed entity..? e.g. mortgage, credit card, car loan?OPPT has foreclosed on hierarchy. No one stands between you and your creator… not even “Government”. Because a CEASE AND DESIST order exists, you are free to offer terms and conditions to individuals acting on behalf of a foreclosed Bank or “Government”, by issuing a Courtesy Notice.

What does this mean to Banks & “Governments”?
All beings now act in the capacity of individual entities without a corporate safety net and with full personal liability for each and EVERY ACTION THEY TAKE under common law, protected and preserved by public policy UCC 1-103, and Universal law, the governing law laid out in the OPPT UCC filings. (Refer: WA DC UCC Ref Doc # 2012113593)Should any individual pursue any actions on behalf of a foreclosed Bank or “Government”, causing another individual any damage as herein described, they in their individual and unlimited capacity are absolutely liable. Such actions may result in the receipt of a Courtesy Notice.

The Courtesy Notice contains the information of this flyer and offers terms and conditions for future dealings. Whereas Banks and “Governments” have been foreclosed worldwide… Acts, Statutes, Codes, Courts, ExecutiveOrders etc were thereby foreclosed, thus without a lawfully binding contract – individual to individual, no instrumentexists to compel performance. The Courtesy Notice offers new terms to any individual of a foreclosed entity for their acceptance and the method ofacceptance is clearly defined. Individuals are now downloading and sending Courtesy Notices worldwide; 64,000 were downloaded in the first two days following release in early Feb 2013. See https://www.i-uv.com

What is the UCC – Where and to whom does it apply?
The Uniform Commercial Code (UCC) is the ‘bible’ of commerce and used world wide, but sometimes in disguise. UCC is not taught in law schools; it is used in high level banking and government corporations. Accordingly most lawyers, attorneys and magistrates know nothing about UCC and will argue it has no application.
1. Executive Order 13037 dated 04 Mar 1997 defined humans as capital. See:http://americankabuki.blogspot.com.au/2013/03/us-citizens-defined-as-property-of.html

The United States Department of the Treasury 1789
for $14.3 trillion. (Linked above)
3. UCC Doc #2001059388 evidences the template the Federal Reserve Bank of New York uses to secure the collateral in major banks around the world… including chattel paper, goods and the unborn young of animals. See http://www.mediafire.com/view/?3yh79cjnzcwzu0s

Those who would regard the UCC as irrelevant outside the US are thereby claiming former funding arrangements with the Federal Reserve Bank of New York null and void. Due Diligence Given the usage of UCC filings in the upper levels of “government” and banks worldwide, due diligence is a necessity. If there is a dispute, error, or falsity make AND deliver a duly verified sworn DECLARATION OF REBUTTAL to theduly verified, sworn and REGISTERED OPPT DECLARATION OF FACTS, point by point, with specificity andparticularity, with full responsibility and liability, under the penalty of perjury under any law you identify, that theforgoing is true and accurate, signed by your wet-ink signature. To date, no such rebuttal has been registered.

Radio shows:https://i-uv.com/media/radio-shows/
All People Declared Free of Debt
(Refer Notice of Declaration of Absolute Truth UCC# 2013032035)The final filing of the OPPT occurred on March 18, 2013. This document terminated all remaining man-made entities and returned all people of this planet to absolute freedom. In this document the creator is referred to as “absolute essence” and all creations people are referred to as “absolute essence embodied”.Article VI states…”I duly verify, with full responsibility and liability, by DECLARATION OF ORDER, that eternal essence IS made transparent and known by the DO’ing of any and all embodiment of eternal essence in eternal essence’s universe, IS free and free of debt, unrebutted.
“This means THERE IS NO DEBT. You have no debt… No one has debt… it is done.”

2 Comments to “ Sovereignty and The Impact of The One People”