Source Alleges Flight 370 Had Military Escort, is Intact and Passengers are Alive

Source Alleges Flight 370 Had Military Escort, is Intact and Passengers are Alive 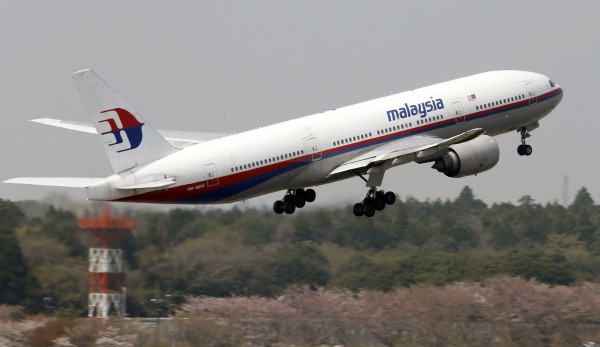 On Monday, I reported that a transmission and picture from Philip Wood’s cell phone was allegedly sent from Diego Garcia Naval & Intelligence Base and received by an internet forum. The transmission was, in fact, traced back to this area of the Indian Ocean. It clearly could have been some type of forgery, but that doesn’t mean that it was. My contention then, and now, is that the scenario was unlikely, though possible.

I have to believe that someone knows what happened to that plane. In 2014, our technology is so advanced that it is hard to imagine that a Boeing 777 could simply disappear.
Now Sarah Bajc, partner of Philip Wood, has publicly stated that she believes the flight is still intact and that the passengers are alive. She claims that a source revealed to her that this plane had a military escort and she, like many of us, believes that the whole story is not being told.

The credibility of her source is as questionable as anything else we have heard about Malaysian Flight 370. However, if true, the escort of fighter jets might bring some other possibilities into play. If the plane had an escort then a scenario of it landing at Diego Garcia would seem to make more sense.

Conspiracy theories abound, and we must take them all with the proverbial grain of salt. However, there is a growing consensus that this disappearance, crash or hijacking centered on a group of important individuals that worked for Freescale Semiconductor.

If this plane did carry people that were working on sensitive technology, then a military escort would seem to be prudent. The Voice of Russia reports:

MH370 could have been kidnapped to get to the technical brain-trust on board – 20 Freescale Semiconductor employees travelling to China. Freescale attracted attention because it is a Texas-based technology firm that develops components for hi-tech weapons systems and aircraft navigation among other things.

Interestingly, that leading innovative company has been oddly unwilling to provide information on the missing people. Only the nationalities of the employees were made public: 12 of them were from Malaysia and eight from China. However, Freescale has persistently declined to release their identities. “Out of respect for the families’ privacy during this difficult time, we will not be releasing the names of the employees who were on board the flight at this time,” Freescale spokeswoman Jacey Zuniga said.

The U.K.-based Express also reported this angle of the story:

Freescale Semiconductor, which makes powerful microchips for industries including defence, released the powerful new products to the American market on March 3.

Five days later, Flight MH370 took off from Kuala Lumpur for Beijing with 239 people on board including 20 working for Freescale.

Twelve were from Malaysia, while eight were Chinese nationals.

Freescale’s spokesman Mitch Haws has said: “These were all people with a lot of experience and technical background and they were very important people.

“It’s definitely a loss for the company.”Freescale’s shareholders include the Carlyle Group of private equity investors whose past advisers have included ex-US president George Bush Sr and former British Prime Minister John Major.

Carlyle’s previous heavyweight clients include the Saudi Binladin Group, the construction firm owned by the family of Osama bin Laden.

Those are certainly some interesting connections. To give a quick synopsis of my report Monday, this transmission that was allegedly from Philip Wood made claim that he was being held by unknown military personnel. The Diego Garcia connection was made by tracing the transmission back to the supposed coordinates that it originated from.

The rumor mill has produced claims that Freescale Semiconductor was working on technology that would allow light to pass through solid materials. I cannot verify that claim, but the idea was presented by Dr. Jim Garrow last week on The Common Sense Show with Dave Hodges.

There are lots of “ifs” here. If all of this information were true, then it would certainly not be out of the question that America might want to monopolize and protect such a powerful technology. Garrow claimed that the Russians and Chinese were working on a joint effort to steal this technology. Could we (our government) have possibly taken control of this plane? Are the passengers still alive?

Alternatively, could there have been a hijacking led by someone other than The United States in an attempt to gain this technology? (Garrow believes the jet landed in Pakistan, for instance).

For the sake of Philip Wood’s girlfriend, and many others who are holding on to hope, I pray that those people are still alive. It has gone from doubtful to an absolute long shot. Still, there are scenarios that make it possible, though unlikely, that she might be correct.

I think most of us would agree that it is also highly unlikely that no one seems to know what happened to MH370 which vanished 4 weeks ago.