Soros on the Ropes

Soros on the Ropes

by Wayne MADSEN, published on Strategic Culture Foundation, on January 29, 2017 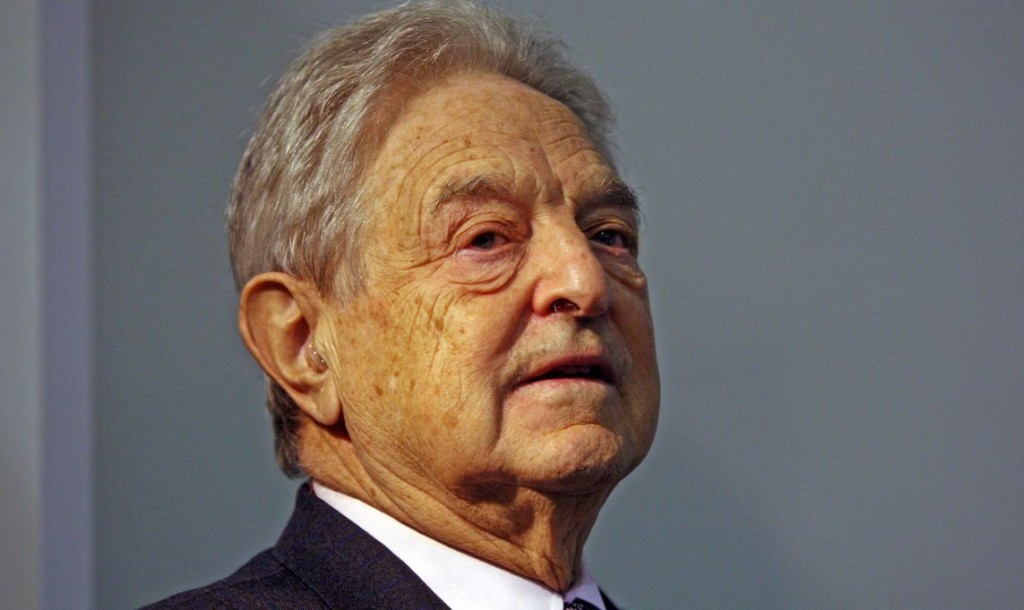 Although multi-billionaire hedge fund tycoon and international political pot-stirrer George Soros lost big with the election of Donald Trump as president of the United States and the victory of the Brexit referendum in the United Kingdom, he stands to lose further ground, politically and financially, as the winds of political change sweep across the globe.

Soros, who fancies himself as the master of placing short put options on stocks, often cleaning up to the tune of billions of dollars in the process when the stock values collapse, has been dealt a few financial body blows. Recently, the Dutch securities market regulator AFM «accidentally» revealed on line all of Soros’s short trades since 2012. Soros’s trades were revealed on AFM’s website and were removed after the regulator realized the «error». However, the Soros data had already been captured by automatic data capturing software programs operated by intelligence agencies and brokerage firms that routinely scour the Internet looking for such «mistakes».

Among the bank shares targeted by Soros was the Ing Groep NV, a major institution and important element of the Dutch economy. After campaigning against Brexit, Soros bet against the stock of Deutsche Bank AG, which he believed would fall in value after Britain voted to leave the EU. Deutsche Bank stock fell 14 percent and Soros cleaned up. But Soros’s celebration was temporary. With Trump’s election, Soros lost a whopping $1 billion in stock speculation. Surrounded by his fellow financial manipulators, Soros explained his recent losses while attending the recent World Economic Forum in Davos, Switzerland.

Beware the Ides of March

The Soros data release comes at a particularly sensitive time in Dutch politics. The center-right government led by Prime Minister Mark Rutte is on the political ropes as it tries to fend off, in an election scheduled for March 15, a serious challenge by the right-nationalist Party for Freedom (PVV) of anti-migrant and anti-European Union leader Geert Wilders. An ally of Donald Trump, Wilders is likely to make political hay out of the fact that Soros, the champion of European open borders and mass migration, bet against Dutch banks. The Ides of March looks favorably upon a Wilders victory, an event that will drive another nail into the coffin of the European Union and Soros’s mass migration and open borders dream.

The Netherlands has not been particularly friendly to Soros and his goals. In November 2016, Soros’s Open Society Foundations, and two groups funded by Soros – the European Network Against Racism and Gender Concerns International – advertised job openings for Dutch youth «between the ages 17-26» who are Muslim immigrants and the children or grandchildren of Muslim immigrants to campaign against parties like those of Wilders and Rutte.

Prime Minister Rutte recently issued a warning to migrants who refuse to assimilate into Dutch society. Of course, Rutte was not referring to the thousands of migrants from former Dutch colonies in the Dutch East and West Indies who had no problem adopting Dutch culture, religion, and social manners. Rutte, who faces a 9-point lead by Wilders’s PVV, had some pointed words for the Muslim migrants in the Netherlands. In an interview with «Algemeen Dagblad», Rutte, in what could have been a speech by Wilders, said:

«I tell everyone. If you don’t like it here in this country, get out, get out! That’s the choice you have. If you live in a country where the ways of dealing with others annoys you, you have a choice, go away. You do not need to be here.» Rutte had particular disdain for those who «don’t want to adapt… who attack gay people, shout at women in short skirts, or call ordinary Dutch people racist». Rutte left very little doubt about to whom he was referring, the recently-arrived Muslim migrants, «There have always been people who exhibited deviant behavior. But something has come to pass in the last year where we, as a society, should have an answer. With the arrival of large groups of refugees, the question arises: will the Netherlands still be the Netherlands?»

Coming from a one-time committed Euroatlanticist supporter of NATO, the EU, and the World Bank, Rutte’s words about migrants must have come as a complete shock to Soros and his minions.

The exposure of Soros’s financial manipulation of the Dutch economy is sure to enrage Dutch citizens already weary of migrants and diktats by the European Union. In April 2016, Dutch citizens overwhelmingly rejected the EU-Ukraine treaty that called for closer ties between the EU and the Kiev regime. The outcome enraged Soros, who is one of the Kiev regime’s principal puppet masters.

Europe once praised Soros as some sort of benevolent «Santa Claus,» who handed out millions for «good deeds» to one-world government proponents and other starry-eyed utopians. However, the veneer of Soros is wearing thin.

Hungarian Prime Minister Viktor Orban now leads the anti-Soros groundswell in Europe. The optics of Orban becoming the first European Union leader to go after the Hungarian-born Soros and his destabilization operations has not been lost on other EU leaders, including those in Poland and the Czech Republic. Orban has accused Soros of masterminding the migrant invasion of Europe. In retaliation for these and other moves by Soros, Orban has warned that the various non-governmental organizations (NGOs) backed by Soros risk being expelled from Europe altogether.

Orban has been joined in venting his anger about Soros by former Macedonian prime minister Nikola Gruevski, who was forced from office and an early election after Soros-inspired demonstrations in his country took place amid a massive influx of Muslim migrants from Greece.

Referring to Soros’s global political operations, the former Macedonian prime minister said in a recent interview, «He is not doing that just in Macedonia, but in the Balkans, across Eastern Europe, and now, most recently, in the United States. Secondly, from what I’ve read about him, in some countries he does it for material and financial reasons, to earn a lot of money, while in others for ideological reasons».

In Poland, where Soros has been very influential, a Member of Parliament for the ruling right-wing Law and Justice Party (PiS), Krystyna Pawłowicz, recently demanded that Soros be stripped of Poland’s highest honor for foreigners, the Commander with Star of the Order of Merit of the Republic of Poland. Pawłowicz considers Soros’s operations in Poland to be illegal. She also believes that Soros’s organizations are «financing the anti-democratic and anti-Polish element with a view to fight Polish sovereignty and indigenous Christian culture».

Czech President Milos said, in a 2016 interview, «some of his [Soros’s] activities are at least suspicious and they strikingly remind of interferences in [countries’] internal affairs. The organizing of what is known as color revolutions in individual countries is an interesting hobby, but it brings more harm than benefit to the countries concerned». Zeman claimed Soros was planning a color revolution for the Czech Republic.

Aivars Lembergs, the mayor of Ventspils, Latvia and a leader of the Union of Greens and Peasants, wants Soros and his NGOs banned from Latvia. Lembergs argues that two Soros publications in Latvia – Delna and Providus – have propagandized in favor of Latvia receiving Muslim migrants. Lembergs sees the migrants and Soros’s support for them as endangering Latvian state security. The mayor believes that «George Soros must be outlawed in Latvia. He must be banned from entering the country».

In neighboring Lithuania, the Labor Party has also questioned Soros’s activities in the country. The party and its parliamentary allies have asked Lithuania’s security services to investigate the «financial schemes and networks» of Soros because of the threat they pose to national security. The Lithuanian parties claim that Soros groups specialize at «not consolidating, but dividing, society».

It is no longer easy being a meddlesome multibillionaire who overthrows governments with the snap of a finger. Soros has not only alienated the President of Russia and the Prime Minister of the United Kingdom but now the President of the United States. Soros is also enemy number one among the leaders of China. With such an array of enemies, it is doubtful Soros will have any more political successes like Ukraine or Georgia. With all of his billions, Mr. Soros now only commands a «paper doll army».