Sophia Love: The Event – when? 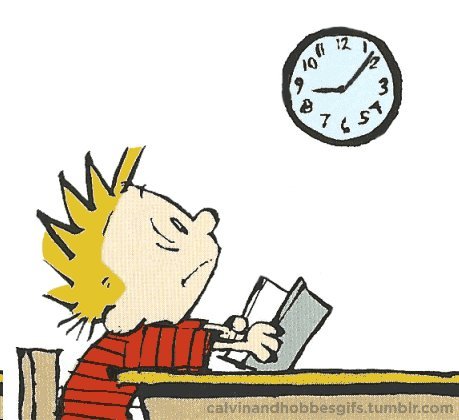 This is about the arrival of this Event and what it is, I believe, that we are waiting for. This may be a particularly long post, as it includes some things that are not easily explained. These are things that are happening within and around me. They are personal observations, responses and unavoidable moments that seemingly originated elsewhere. Yet remember, all is illusion and there is only us.

Much of what has been shared here these many years is from a knowing deep within. They are things that were initially recognized as a question and then, explored internally as well as on this blog and in these videos.

This Event, which is described as the shotgun blast that begins the conscious and intentional race to Ascension, feels cataclysmic.  Not necessarily because of earth changes or unusual waves of rainbow clouds, but because it will only happen when we are willing to be undone in preparation for its appearance. It is time for our egos to hit the road. Not our humanness. Our ego.  There’s a difference.

I’d be the first to tell you I’ve got this.  That I love myself and I am ready.  Events as of late have illustrated my error. There is something yet to do.  It is the thing I don’t see, but changes everything.
It is akin to an avalanche.

We will have to give up control and allow ourselves to unpack inner awareness and self-actualization. If your intent is to consciously accomplish this Ascension, these things must be done now. These things that you’ve neglected must be opened and inspected. You’ve only allowed yourself to receive crumbs of affection when what is coming with the Event, and what you desire, is an avalanche of love.

What happens to initiate an avalanche is that something erupts to trigger an extremely gradual buildup of snow to begin to cascade down the slope. As it moves, it carries with it everything it touches. It can begin very slowly. With this post, it is suggested that the initiating event has either already occurred for you or is about to. This avalanche is cataclysmic.  It will represent a crisis in your life – in either relationship, family, health, housing, self-image, love, prosperity or something else you have held onto.

You will recognize it. Don’t miss this.  It is the trigger that needed to be pulled so that the gun could be fired to begin the race. Your race. Your race to Ascension. It will cause you to be undone, to have to do something new, to look at things with new eyes, to let go of the personality that participated in creating this buildup of ego. You will need new pathways. You will need to allow.

We are in an Improv moment, folks. The first rule of improvisation is “Yes, and…” It means that whatever your partner on stage says or does, you go with it. If he jumps in a spaceship or she turns into a clown, your response supports the change and keeps going without a glitch.

You don’t need to look far to notice signs of this massive and impending change. Pick up a newspaper, turn on your car radio, check social media or your favorite news outlet.  Resist the urge to polarize as you hear and see these things.

Watch the animals. Two days ago, while driving in the early morning, a robin was sitting in the middle of the street looking up at the sky.  It did not move as I approached with my car. I had to swerve almost on the sidewalk to avoid hitting it.  When I checked the rearview mirror after returning to the road, that robin was still sitting there, gazing up at the sky!

The video below shares some other signs from nature that are unusual, including a grackle who did the exact same thing as that robin!  I saw it after my experience on the road.

Yet this post is about more than these signals outside of ourselves. This story is about how what is gradually becoming apparent is that it is the inside stuff that finally and absolutely heralds the moment of the Event.

This Event is about the realization of massive love.  We know that love, truly, does not come from somewhere or somebody else. There is no one here but us. Love shows up to the precise degree that we allow it to.  Love will not crash through a closed door, closed arms or a frozen heart if it has no place to land.  It needs an opening.

The excitement, anticipation and announcements around this Event are still fuel for placing it outside of ourselves.

This Event, just like this Ascension, is not happening in another dimension or to other versions of us. It is happening to us, right here and right now.

There are many reasons for this conclusion today and they are deeply personal. Perhaps the birds see something we don’t. Yet the trigger for this beautiful love wave moving through, and that the animals are already noticing, is right in our very own heart.

It is clear that the force to initiate such a massive absorption of energy would have to cataclysmic.

These things cannot usually be planned. What is about to be unleashed is an avalanche of love. These egos of ours, the ones with all the judgments, will be shattered if they are not released or adjusted before the onslaught. This Event is not supposed to shatter us. That was never the plan. It will instead infuse us with a love that is not like any we have ever seen or felt.

It’s scary.  It involves risk. It requires trust. We are, in some facet of our lives, not used to doing those things. It is that facet in which the cataclysm will appear.

Someone or some situation in your life is right now asking you to take a step, maybe trust, perhaps let go a bit and try your wings in a new direction. Notice. Open up. Watch what happens.

What is a sure and absolute fact, is that you will not fail.  You cannot fail.

This part is why. You are here.

Right now, it is not you who is waiting for the Event. The Event is sitting there, right there, on the other side of that door you are holding closed, waiting for you to let it in.

The birds can see it. It will only happen when harmony is possible, so our frequency, our vibes, our tones and our melodies all have to be in the same range.

This event happens through you, not to you. You’ll have to give it some room to enter.

We are the ones.
We have anchored the light.
It is done.

In gratitude for all that you are,
Sophia
​
Usage Policy:
Please post this article, in its entirety, everywhere!  Just link back here when you do.
Much obliged.