Sophia Love: I died this morning

I died this morning 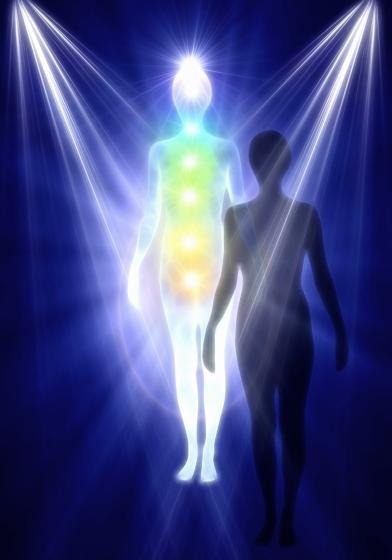 I died this morning.

It was right before I woke up.

I woke up from the dream then; the dream where I died.

In that moment, the dying moment, not the waking up moment, I knew everything.
I felt myself die. It was as real as real is.
It was visceral.

I actually died this morning.

I knew that I was dying, and, in that eternal moment, I knew that it was not me that was dying at all.

It was the idea of me that died.

Yet, I wasn’t leaving at all. I was right there.
I was watching myself leave, feeling myself die and simultaneously seeing the truth about death. Death ends only an idea.

This idea, that ends with death, is an idea held by me alone. Me. Alone.

This idea of a solitary death was my first revelation.

Not that I was alone when I died, because I wasn’t. I was with everyone that my life is about.
This life, the one I am living right now.

In that eternal death moment, I realized a profound truth.

I saw what it was all about, and there is no easy way to say this.

It was all about me.

I died alone because I lived alone.

Alone is not quite accurate because the word “alone” invokes a comparison to something, as in “not in the company of others”.

I died alone while in the company of others; that would be more precise.

The others didn’t die. My idea of them as my puppet masters did.

Equate a death moment to watching a puppet, a puppet with strings. During all of its life, it imagines those strings. They are operated by the most important people, events, illnesses, circumstances and abilities in that puppet’s “life”.

The puppet dies when the strings are cut.

Now dead, the puppet, who is no longer attached to anyone or anything at all, stands up. It moves freely on its own. It leaves.

Yet it is not dead and not gone. The idea of itself as a puppet (which was how it had lived its entire life) is the only part that “died”.

In death, the puppet sees its strings for what they are. The puppet is not really a puppet at all. It held an idea of itself as a puppet only. In death, it walks away. It leaves that idea behind.

In that moment, the puppet has a revelation. It realizes it was never about anyone or anything else, never about how they moved it or where they pushed it or pulled it or inspired it or devalued it or loved it or hated it or “wronged” it or helped it or stopped it from going. It was always moving on its own.

The puppet only imagined the puppet masters.

The level of importance that the puppet gave to the puppet masters is irrelevant upon its death.

None of that matters.

It was always the puppet in control.

Always about the puppet.

The second revelation was more than likely the reason I woke up.

This was a dream. A dream where I died.

I actually died this morning.

That moment, that dying moment, held everything and everyone and every time and no time at all.

Death is not real. I watched my death, felt my death and witnessed all of me continue as it happened.

It was simple, miraculous, astounding, quick and forever.

This all of me that continued, watched an idea disappear; the idea of me.

This idea disappeared in an instant. This is the instant that we call “death”.

This moment encompassed the whole.
Immediate comprehension of the meaning and purpose of life itself, resulted.

Yet it felt as if I had merely turned a page.

There was no pain, no fear, no pearly gates or white light. It was a moment of recognition, of awareness, of truth.

It was shocking in its simplicity, its purity, its fullness.

It was an eternal nanosecond.

Death holds forever in its grip and is not at all as advertised.

This idea of waking up, which happens after death, is truth.

I died last night and then I woke up. Nothing is the same.

You are, in every sense, me. You are not mirrors, reflecting me, you are me. I only imagine that you show me who I am. In truth, I am showing myself. I am only using you to do it.

I died last night and today I feel absolutely and specifically alive. More so than I ever have.

Do not be afraid of death nor seek it.

You are so much more than you realize.

You are the One. You have anchored the light. It is done.
​
With appreciation for all that you are,
Sophia
Sign up to stay in touch. There are 3 free publications: (click here)!
​The Imposter, my 5th and newest book, is now for sale! “For 15 months he spoke. With authority and without apology, he attempted to set the record straight. Decide for yourself whether he accomplished his goal. A conversation with a flawed god. A true story.”  Check it out!
Support this work here. There are many ways to do so. I appreciate you. Thank you.
Usage Policy:
Please post this article, in its entirety, everywhere!  Just link back here when you do.
Much obliged. ​​