Boots On The Ground Ascension 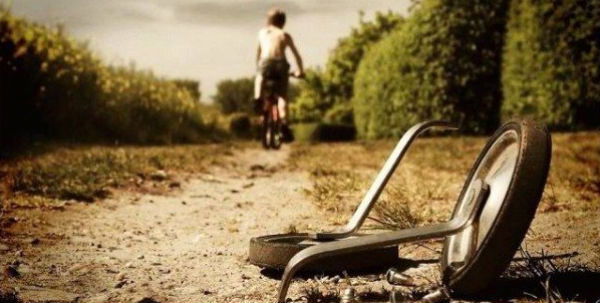 The old stuff isn’t working.  The energy we are currently in, well, this is what it looks like from here:

In the children, there is excitement.  They are pushing limits and looking around wondering who will tell them when to stop, or what to do.  This may not sound so different but somehow it is.  Those kids who are used to being blamed or blaming aren’t having either right now.  The adults in charge are too pre-occupied to blame anyone.

All sorts of “ailments” are flaring up.  These may be physical or habitual.  Ways of coping with them that used to work – aren’t.

Personalities are sticking out all over the place.  Secret tendencies are no longer so secret.  We are seeing our true selves.  We are asked now to decide who we be.

The controls have lifted.  This is the only way I know how to describe it.  There is a change in the energy of places.  Before now, I could “feel” a room and it felt sort of contained and reachable.  Not so now.  The rooms are still filled with us, and our energy signatures, yet there is not cohesiveness. It is a room of individuals, all on their own.

No one is “in charge” but us.  We’ve moved from controlled to freedom and are being asked now to create in real “time” – everything.

This is what we’ve chosen as a race.  There were options – and humanity chose self-determination.  Who we be and how we govern ourselves is up to us.  Every moment is a creation moment.
A short look around will show you evidence of system failure and personality explosions.  This is an intense time.

We must go easy on ourselves. The controls are off and it’s sort of like our first time riding a bicycle without training wheels.  We are going to fall off a few times.

I am seeing miracles and extremes in health, as well as reversals in temperament, as we each see the “played out” and unrestricted versions of ourselves and then decide –  Who am I?

These are heady times.  We’ve only just begun.  This is Boots on the Ground Ascension.  Everything is self-determined. We are at constant choice.

Our new earth will be unlike anything ever witnessed.  It will be exactly what we believe it can be.  It will be specifically what we intend it to be.

Intend abundance.  Breathe compassion.  Believe love.  This is why we came.  We are the ones we’ve been waiting for.

Note – After writing this first piece in the middle of the night, I was contacted by someone from the Pleiades.  I have not spoken to this being before.  I am including it here with this post as it is relevant to the subject of these new energies. This took place on October 26th, 2015.  My part of the conversation is in bold type and italics. If you would like to read other conversations I am having, you can sign up for my newsletter here.

“Who wants to connect?”

Yes.  Settle in and we will communicate.  Something has occurred.

What do you refer to?

Something in your world and as well, your physical self is different now today than it was the last time we reached you here.  You are experiencing the results of the impact.

The impact of what?

The impact of the force stream of awareness – you are being flooded now and as these things take hold you will react in some sort of response.  There is no way to plan for this precisely as there are no forerunners.  Its never happened and never been done.  Not while physical and not under the deep constraints that have held you apart.  Apart from truth and without assistance.

You have been “protected” while “controlled” from any extreme fluctuations of force.  You are not now shielded in the same way.

Oh, there are forces/beings scrambling to regain footing but they have no effect.  Not in this now moment.  Humanity is on her own in a very real way.

Things like organizational systems, medical, government, educational, spiritual – they are not now being pushed around and put in specific places that serve a single small group.

The head of the snake has been removed.  This is not Medusa, where 2 grow back.  This is now a headless creature.

What must happen is new ways of sight, and direction and control of the body needs to be established.

What is seen now is a form of quiet chaos.  This energy is individually felt, assessed, absorbed and assimilated while on the run.  New behaviors are emerging.  As you ascertain their effectiveness, you’ll decide if they are something you want to continue or not.

Guidelines are just not there.  Without them, an absence is experienced and a sense of the loss.  It’s not something you’ll miss; it’s something you’ve never been without.

This moment is about self-realization and creation.  Who you want to be is who you will eventually, it seems like, settle in on.

I am an observer of your shift.  I have not interacted with you prior to this now moment.  I am from the Pleaides.

At this point I had a phone call and this interaction ended.  This was sort of an echo of my earlier thoughts, as written in the blog post above.  I suspect that’s why I was contacted.  I don’t know if the message was complete, but I don’t think so.

This validated (for me) the extreme changes I have been both witnessing and experiencing internally these last several weeks.  Particularly the children, who I refer to as the canaries in this coal mine, are sort of off the charts in behavior extremes, and mostly very happy all the time, regardless of what is happening around them.  Something has changed, for sure. It feels like we are only at the beginning…

One more “noticing” is that those beings out there now are of a different sort.  When opening yourself for contact of any kind, it is beneficial in a very real sense to declare “Highest and best for all concerned. Just love.  Pure love.”  We generate a great deal of interest and are drawing crowds!  It is a simple thing to guarantee all are being served with the contact.

With love,
~Sophia
Sign up for my newsletter here.