Sophia Love: as we shift – it’s not about money

as we shift – it’s not about money 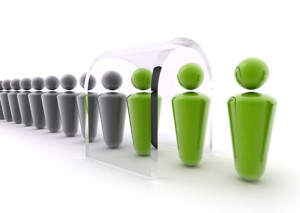 There’s a court case happening right now in Washington, DC.  Follow this blog (click here) and this man, Neil, (here), for up to the minute updates.  Google “The Strawman” and # HATJ. Read this article (click here). This “identity hearing” is being called one of the most important cases, worldwide, of this century. It’s being referred to as a pivotal moment, equal to the day that Rosa Parks refused to leave her seat on that bus in 1955 (click here). You’ll want to be informed.

It’s been aptly named (“identity hearing”).  Here’s why you should care:

We all begin the same. We are bits of eternal essence, birthed into physical form.  You may refer to this as “soul”. From this point on, we enter life as we’ve constructed it, into whichever society our mother was a part of.

Now physical, we are declared property, and given a number. That number is what “allows” us to operate commercially within the society we’ve entered. It is necessary in today’s society, in order to conduct any “legal” enterprise, or to be considered for employment; to “earn a living”.

Realize in which circumstances that number is demanded/required. You do not need it before breathing, moving, skipping, climbing, swimming, running, jumping, dancing, making love, eating, drinking, sleeping, singing or loving. These activities can only be performed by one who is alive. You do not need to “earn” them. They are a function of you, in physical form.

We all end the same. We leave our physical form and return our focus once again to eternal essence. You may refer to this as soul. From this point on, we continue life as we’ve constructed it. This will vary individually, according to our beliefs, as all constructs do.

As you are reading this or hearing this, your current focus is Earth. The story you’ve entered was already happening before you arrived. This may be before Rosa Parks got on that bus, or after, it matters not. You are here now because you wanted to see how it ends; not your life or Earth’s, but the story.

So, you have a number. Those that decided to number you, are not human. They look human, but instead they perceive themselves to be “humanities owners”. It turns out that George Carlin, and many others before and after him, were right (click here). They don’t give a damn about you.

They are the International Banking family bloodlines, 6 or 8 families I believe, and they own the planet. They’ve been told many times to give it up and move elsewhere, yet they won’t let go because of greed. We find ourselves here today, at the doorstep of not just financial freedom, but actual freedom. You’ve never experienced that, regardless of what you’ve been told.

These families consider you to be property. They are not the faces and names plastered all over your media. You do not see them. Their only interest is in holding on to the planet and a few humans, to keep them comfortable while they are on it.

This is a great deal to take in (if you haven’t already been following it). There are many truths that will elucidate this. Here’s an article (click here). It illustrates some of what’s been done with our numbers and associated value. I’ll try here to summarize our story up until this pivotal moment:

What you can do now is share this story, every way that you can. There is no one untouched by these events. Visualize what your life looks like once you have access to the commercial value that has been yours since birth. Hold that vision. It becomes your reality now.

Our friend Jack Sturgeon has an idea.  He’s asked for each of us to meditate on love, freedom, and realization of value, for all concerned (owners included), at the moment the hearing begins; Friday, 8/4/17, 10:00 AM EST. He is applying the principles he outlined in this video (Click here for “It happens within”).  Here is his logic:
​
How many conscious people do we need to flip us into “Sovereignty” and
“Abundance”?  I believe about 3,000 people, then why isn’t anything
happening?  It is happening, but it doesn’t happen in a blink of an eye.

3) That’s three (3) thousand people minimum meditating during the
Heather Hearing Case to get favorable results for “WE THE PEOPLE”.

So, share this blog. Join us for a global meditation on Friday, 10 AM EST. It is time.

We are the ones we’ve been waiting for ~ let’s do this.

5 Comments to “ Sophia Love: as we shift – it’s not about money”