Sophia Love: as we shift – ascension??? 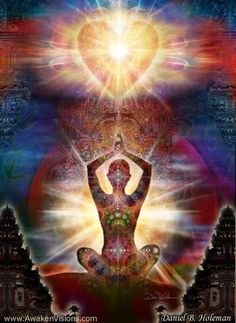 “The act of rising to an important position or a higher level; climb, rise, rising, soar.”

The definition of ascension assumes we are, on some level, un-important or lower.  A common use of the word is for it to signify the Christ’s ascension into heaven. Ascension is a clearly loaded word, bursting with tradition, assumption and doctrine. It is not spoken lightly.

Until today.  We can look just about anywhere in the new age, woo-woo and spiritual genre and find it. It carries with it speculation, promise and prediction – yet no real facts. It is not a provable thing, yet tradition and legend tell us it has occurred and will again. Expectations are for it to be showing up pretty soon now.

Let’s entertain for a minute (or seven) that this really is an illusion, (read hologram), and that we are the ones who created it.

Us, an all-powerful, dynamic breed decided to play a game with ourselves. All games have rules, winners and losers. All games eventually end. In this game, the whole point was passion, emotion and intensity. How much could we elicit?  How fast could we go?  How painful, how joyful, how mind-altering, can we tolerate and imagine? What will the end look like?

The recent reports of the spikes in the Schumann Resonance (Earth’s heartbeat) are giving some answers – we can get things going pretty fast.

Here’s how this game just might be playing out. In order for the illusion of ascension to be the grand finale, we must clothe ourselves in ignorance and add to this costume the following –

Poverty, greed, better, worse, criminal, saint, hero, victim, sick, weak, right, wrong, judgment and death.  These become then our playing cards. They are not the hands we are dealt, as the game tells us, but the cards we choose. Sometimes we give them to each other, trading hands. Throughout this game, we are clothed in ignorance.  It is the only way we can play.

One day, one of the players forgets to put on her costume for the game. Without it, the game becomes sort of stupid, repetitious and pointless even.  She begins to talk and finds a few others talking as well. None of them have their costumes on.  When they talk to each other, they feel connected in a way they hadn’t before.  There is a sense of oneness that is not romantic or familial but quite deep.  They somehow recognize each other.  They feel a sense of home.

As their numbers increase, some of the players, still in costume, see these “costume-less” players.  They peek through their ignorance and what they see shocks them. They either shield themselves from the sight/light or mistake it for an enemy; a new game piece they’ve been dealt, another challenge to overcome. Some of them throw off their costume, but not all of them and not all at once.

Their game play is now a bit more intense; things are not as clear cut and require a strategy they may not know how to employ.  It feels as if the game is escalating, while in fact it is ending.

Those willing to don the costume of ignorance are diminishing in number. Remember what happens when no one shows up?  The game ends.

Yet a whole lot turns out to be going on beyond the game.  The players, now without the costume of ignorance, have entered emergence.  There are parts of themselves unrecognized and they are showing now, sort of sticking out and asking to be seen. These are –

Respect, collaboration, sustenance, peace, forgiveness, freedom, sovereignty, unity and love. They are facets of light and at the very core of this breed.

What becomes ever so clear is that ascension was a card shrouded in mystery and rarity only while playing the game. It was put there on purpose, so the players would continue to play, to reach for it, to imagine themselves as undeserving losers until obtaining it.

We are out of the game now. There is no ascension card. It seemed that way because of the heaviness of our costume of ignorance. Once removed, it feels as if we are rising up to a better, more important and elevated place; to “heaven”.

There is no place to rise up to or more important person to be.  Without ignorance and now free of the game, there is only an allowing for emergence.  It will feel wondrous; like all those descriptions we’ve heard, because of the contrast of the game. There is no one more enlightened or ascended than you.

This game has reached its conclusion, just as planned. Well played. You’ve imagined it all fiercely and perfectly and clearly, just as a master creator would.

Choose a moment and remember now, life before the game.  Use every ounce of your creative will to see it, feel it, hear it, and know it. This place you see is the place you’ll be. Remember when we all got together, first created and then hid that ascension card. Remember who we are.

We are the ones we’ve been waiting for.
​
With so much love,
~Sophia
PS Check out my newsletter and first book, The Guardian, here!
Usage Policy:
Please post this article everywhere!  Just link back here when you do. Much obliged.