Sophia Love: as we shift – ascension vs the event

as we shift – ascension vs the event 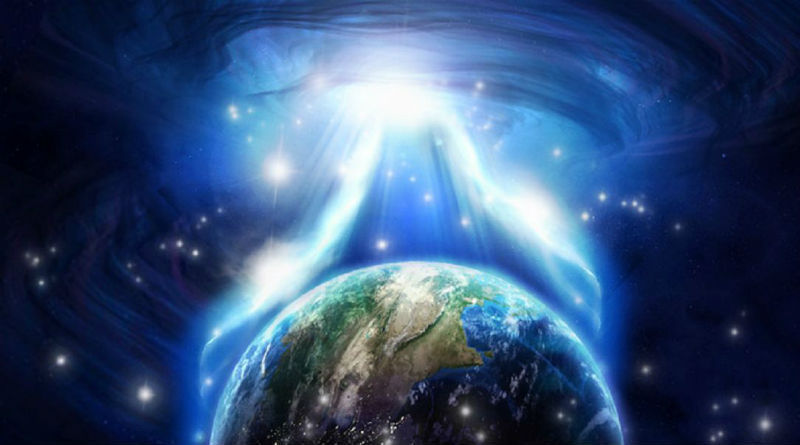 The Event and the Ascension are separated by causation.  The Event is spurred by physical action and the Ascension by personal internal evolution.  Will it be like the chicken and the egg? Will future versions of us ask – which caused the other?  Will they happen simultaneously?  Does our worldwide debt slavery (click here) stimulate, even necessitate, our internal realization of sovereignty and result in an instant evolutionary moment?

OR…
Does a personal awareness of divinity propel a rapid-fire instant view of the chains around us and shatter them – resulting in freedom?

The Event includes a banking collapse, a Reval and disclosure of the non-human presence and its available tech.  The Ascension is a shift in consciousness, from polarity into unity, often described with numbers and dimensions (as in 3rd – 4/5th). These are independent happenings.

The Event will be the game changing end for generations of human slavery on this 3D Earth.  This sort of slavery is repeated elsewhere in the cosmos, so we are told.  It is done by the same race who started the current Earth version.  It (the Event) then must be repeated elsewhere, as this debt enslavement and resource monopoly fails every time, and must, eventually, end in a similar fashion. A parasite that destroys its host is a dead parasite.

The Ascension will take us away from this assumption of physicality and polarity and fear, assuming only love.  What if, once love is assumed, fear falls away?  Or is it that once fear falls away, love is assumed?  The term “assumed” here signifies dimensions.  In truth, we go nowhere.  We are always now-here.

There are some who will tell you they know how this will play out, sometimes predicting dates.  These too, become part of the process and our progress.  Linear time eventually becomes irrelevant.

Today though, with bills to pay, bodies and land to heal and causes to promote, time is very relevant indeed. When?  It is the question on everyone’s mind.
What is seen and heard from here now is evidence of our choosing with BREXIT, the US Presidential election, mainstream exposure of the mass network of corruption at high levels and this most recent update from Corey Goode, along with a few things I’ve been told, (but am not at liberty to share). What each represents is visible movement towards change.  What cannot be seen is the surprise part in all of this – our Sun.

The Sun will act as the gun shot in a foot race – with a blast of energy that alters it all.  This moment is meant to be a surprise.  Each one of us will face it without warning. Perhaps this initiatory blast kicks both the event and the ascension into motion in one instant. Maybe it forces the Ascension which in turn brings out the Event, or vice versa. In either case, this moment is meant to impact our view of life as we know it today.

Life as we know it has changed, if gradually.  We are more aware now of corruption, alternate life forms and advanced technology than we’ve been prior to now. We designed this life with one mind. As beliefs are changed, so does this reality.  Perhaps what we’ve done is prepared ourselves for disclosure with these gradual and yet rapid revelations.  This has been and continues to be our show.  We wrote it and we are acting in it while watching ourselves.

There are a few stars, right out front and grabbing the spotlight. Yet they have Teleprompters which each of us add to.  This is collaboration.

What starts out as a polarized question then – “Which comes first, Ascension or Event?” – becomes finally answered.  Both do.  Infinite wisdom determines ultimately that initial blast which incorporates a moment of sovereign awareness.

Whether that moment appears to expand over days and months in our linear time line or occur in an instant – matters little.  We collaborate with one mind now and the outcome is clear.  The shift and freedom of Gaia and her people are guaranteed.  Relax and follow where your heart leads you. It knows.  There are no wrong answers. We wrote the questions, remember? We hold the answer key, and always have.

With so much gratitude and love,
~Sophia
PS – If you can see ARRIVAL in theaters, do it.  Check out “The Guardian” here. Sign up for my newsletter, here!