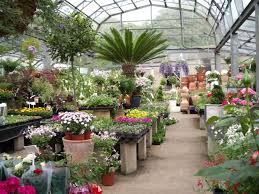 “Let all bitterness, wrath, anger, clamor, and evil speaking be put away from you, with all malice. Be kind to one another, tenderhearted, forgiving one another, just as God in Christ also forgave you.”  –— Ephesians. 54:31-32

A few years ago, Seattle, Washington, a 52-year-old Tibetan refugee named Tenzin was diagnosed with one of the more curable forms of lymphoma.

After the first chemotherapy treatment, Tenzin, usually a gentle man, ripped the IV from his arm. He argued with everyone who came near, even shouting at nurses.

In speaking with Tenzin’s wife, the staff learned that he had been a political prisoner, held and tortured by the Chinese for more than 17 years. She said that the hospital’s rules and regulations, coupled with the chemotherapy treatments, gave Tenzin horrible flashbacks of what he had endured.

In conducting research about former prisoners of war who are later admitted into hospitals to receive treatment for diseases, I discovered that for some, the mere architecture of the hospital brings on painful memories. By design, the structure hinders opportunities to form a patient community, to interact with others in similar situations. Such patients often feel lonely and isolated. Identification bracelets seem to take away their rights, announcing that they are now hospital property. Stripped of their clothing, they suffer humiliation and torture by technicians who, unaware of their prison history or current feelings, painfully seek out veins and antagonize them further with tests and procedures. In Tenzin’s case, one treatment was enough for him to flee.

“I know you mean well, but your treatments are causing my husband to feel the same hatred he felt toward the Chinese. He would rather die than have to live with these feelings. He needs to be able to pray and cleanse his heart.”

Taking her advice, the doctors discharged Tenzin and asked the hospice team to visit him in his home. Marsha, a palliative care consultant was assigned to his care. She called the local office of Amnesty International for advice.

“This man has lost his trust in humanity and feels hope is impossible. If you are going to help him, you must find a way to give him hope.”

Marsha took a deep breath, and asked, “How can I do that?”

“Sit down. Drink my tea and eat my cookies.”

Tibetan tea is strong black tea laced with yak butter and salt. It isn’t easy to drink! But Marsha did as he asked. On visits for the next few weeks, Marsha sat with Tenzin and his wife and learned to drink the peculiar tea.

At the hospital, she consulted with doctors to find ways to treat his physical pain. But after her visits, she noticed that it was his spiritual pain that lessened

As time went by, Marsha found Tenzin sitting cross-legged on his bed reciting prayers from his books. Then he and his wife began hanging more and more colorful “thankas” — Tibetan Buddhist banners, on the walls. The room fast became a beautiful, religious shrine. Tenzin aligned himself with God, and Marsha learned to listen without talking or responding—the pure attending to another human being.

Wanting to help Tenzin, Marsha searched for flower blossoms; however, finding enough of them seemed daunting. One of her friends suggested that she call a flower nursery and explain the situation. She persisted until she found one that was finally willing.

The following Saturday, she picked up Tenzin and his wife along with their afternoon provisions: black tea, yak butter, salt, cups, cookies, prayer beads and prayer books. She dropped them off at the nursery

While curious employees watched, the couple wandered from one area to another until they found just the right place, then they sat down and enjoyed their tea. The following weekend, Tenzin and his wife visited a different nursery.

Soon nursery owners all over town were calling Marsha vying for the Tibetan’s presence. One of them said, “We’ve got a new shipment of nicotiana coming in and some wonderful fuchsias as well as great daphne! I know they’ll love the scent of daphne!” Another called and said that they had colorful windsocks that would help Tenzin predict the direction of the wind.

So during the week, the couple sat downwind from flowers at nurseries all over Seattle. Chairs were placed to match the direction of the wind, and fresh hot water was provided for the couple’s tea. Some of the regular customers started parking their wagons of plants and flowers near the two Tibetans. A community grew around Tenzin and his wife. The activity, or non-activity, of sitting downwind from flowers and drinking tea caught on.

At summer’s end, Tenzin returned to his doctor for a follow-up CT scan. The test revealed no evidence of cancer! Dumbfounded, the doctor told Tenzin that he didn’t know how this had happened

Tenzin lifted his finger and said, “I know why the cancer has left. It can’t live in a body filled with love. When I began to feel all the compassion from the hospice team, from the nursery employees, and all of the people who wanted to know about me, I began to change inside. I feel fortunate to have had the opportunity to heal in this way. Doctor, please don’t think that your medicine is the only way to cure.”

That spring a transformation took place in Seattle—not just for Tenzin—but for everyone who dared to sit downwind from flowers.