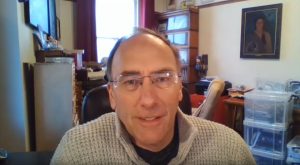 Update regarding the ongoing situation…

Reply from Simon to a post by Geoff: Dear Geoff, This is from Simon….Thanks for your very quick response. The information that you have, I have not been privy to and have no knowledge of. In my podcast I didn’t mention anything about Mark Richards Military career, nor the impossible time frame that it would require. Let me be clear please. I am not saying that he is innocent, what I am saying is that the information that I have received in relation in particular to the United States Navy confirmed what I had already been told. I am not an apologist for Mark Richards and am not taking a side, but since Kerry Cassidy mentioned my name in regards to Mark Richards followed by Kevin Moore mentioning my name on one of his vlogs I wanted to make it clear what my position is. My position is this…Mark Richards, to my mind, had information regarding the United States navy from the 1960’s and 1970’s which closely matched what I had been told, other members of the intelligence community both in the UK and US were aware of Mark Richards, but this does not mean that he is innocent of murder. I know that Kerry has visited Mark Richards in prison and released many updates which I have not seen. Kevin’s point that Richards is fabricating, fairytaling a story to draw Kerry in is a powerful one. I understand that Richards had been a SciFi book writer? Which leads one to believe the possibility that he is story telling. However Whitley Strieber also wrote Scifi and then came out with a story that he claimed to be true. I have truthfully and honestly reported what I have been told. There is a real move afoot to release Richards either through a pardon or through what I referred to as a prison mechanism. I don’t know the terminology here. I don’t know why you’re so angry, I am not saying that he’s not guilty. I am saying what I have been told. There is a big difference between the law of the land, the law that we read about that is expressed in day to day life, and the hidden law that the elite operate under. This is what I was trying to say, there is one rule for us and one rule for them, in other words, if Richards was released it would be because somebody high up had pulled some strings, strings that would not be pulled for your standard murderer. I appreciate that when a person gets close to a murdered mans family they want justice not just to be seen but to be done. I can tell you that often times that is not always the case. That is why there are so many injustices in this world because there is one rule for one and one rule for the rest of us. All the best, Simon.