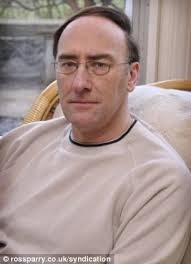 Whitby councillor and experiencer Simon Parkes knows so much of the secrets in mind control that he just now is the best source on earth to receive information on this horrible topic. Usually somebody whistleblowing on secrets of mind control, as Simon Parkes does, would not survive a minute, but Simon has proper protection and his connection to the dark rulers of planet earth (Dracos) enhances his capabilities. Some of those secret rulers may have liberated themselves from their own mind control and changed side for the better of all.

All the secret facts that Simon Parkes confirms or reveals to the audience are mind-boggling. This is the most groundbreaking interview on mind control that has ever been made in modern times. Never has an Illuminati insider told so frankly and pedagogically on those hidden facts and technology of the most pivotal tool to remote control homo sapiens and other races.

The only 48 min short interview (because people usually have little time) focuses on metal and etheric implants in humans, how to detect and remove them, how to shield against mind control with gold and why that is working. The techniques for mind control are discussed: horrible torture, scalar waves distributed with cell phone and television technology, phased array radar, chemtrails, morgellons, HAARP, military stations on Moon and Saturn and a lot more.

The threat of artificial intelligence (AI) is warned about.
The murder of Michael Jackson and the helping hand of Sir Elton John to celebrity victims is mentioned.
This interview is a must for all targeted individuals (ti’s) on the planet. A lot of them got help from Simon Parkers already. He is good for the rescue of the most hopeless cases of remote controlled humans.