Ole Dammegard is an intrepid researcher of staged Gladio II deceptions. He is subject to site attacks and censorship and is another individual who needs our support. His member-area research can be availed here by subscription. He has a closed Facebook group folks here might want to join and network.

Ole spotted something I’ve mentioned often on these pages: the existence of out-of-context photos of abandoned shoes at staged events. He feels these shoes are calling cards. I’ve always felt the staged images are forms of black magik, as it puts anybody laying eyes on them in a position to have to defy logic to accept them as real.

In the following interview, Ole goes into some detail as to just how widespread the shoe calling card is — surprising even me. He thinks the Crime Syndicate may also have been using shoes as a mind-control trigger for some time. Ole believes these are made in Israel-Masonic psyops. I would say such imagery is certainly being used for some manner of social conditioning. The interview from minutes 00:27:30 to 01:07:00 covers the meat of it.

A basic Google search of the phrase “Freemason shoe” produced the following result, as well as numerous other entries:

Masonic Shoe: The Masonic shoe, which is also called the Blue Slipper, is symbolic of a physical confirmation of a spoken deed. To unloosen one’s shoe and give it to another person was the way of confirming a contract in ancient times.

The best explanation of the Masonic Shoe is that it is “symbolic of a physical confirmation of a spoken deed or act.”

“Now this was the manner in former time in Israel concerning redeeming and concerning changing, for to confirm all things; a man plucked off his shoe and gave it to his neighbor: and this was a testimony in Israel.”

During the ceremonies of your Entered Apprentice Degree, you were instructed about the above passage of scripture from the Volume of the Sacred Law. The deed or act mentioned in this passage is meant to signify both the confirming of a contract, as well as the commitment to carry out the terms and conditions of that contract without fail. This symbolism, as far as Freemasons are concerned, is intended to express the sanctity of the contract made between yourself and the Lodge where you have taken your vows.

The Masonic Lodge of Education site tells us this is Judeo-Masonic symbolism (calling card) and even ancient Greek in origin:

Is the Masonic Shoe a Masonic symbol?  Yes.  But, once again, we find that the Masonic shoe is another Masonic symbol which did not originate with Freemasonry, but which was taken from traditions of antiquity as documented in the Holy Books.

The reference to the shoe in the First Degree is symbolic of a Covenant (a promise) to be entered into.

Ruth 4: 7-8: “Now this was the manner in former time in Israel concerning redeeming and concerning changing, for to confirm all things; a man plucked off his shoe and gave it to his neighbor:  and this was a testimony in Israel. Therefore, the kinsman said unto Boaz, “Buy it for thee.” So he drew off his shoe.

Pythagoras to his Disciples (in Greek) translated as: “Offer sacrifice and worship with thy shoes off.”

We dealt with the incredulous and ridiculous story of one Mason Wells surviving three terror attacks and ending up with a shrunken head in our post “Mason Wells from Brussels Blast: Head Shrinks After Miracle Recovery.” “Mason” has a book out called “Left Standing” and a calling card right on the cover shows him with his left foot shoeless. 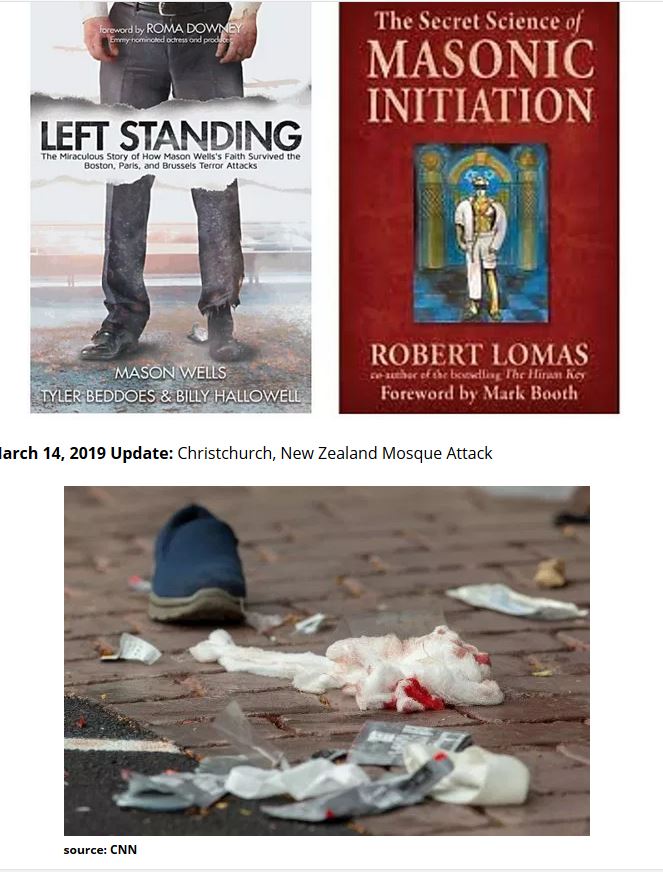 In the 2017 New Year’s terror attack on an Istanbul nightclub, The Reina, 39 people were killed and dozens injured by a lone gunman. A large pile of shoes was photographed inside. Where are more obvious items like cell phones and purses? And not a drop of blood. Does this make any sense? 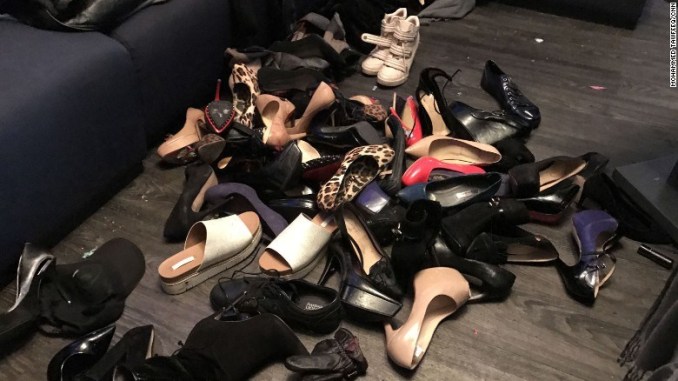 The next image is from the Westminster Bridge “terror attack.” What conceivable and plausible reason would there be to remove this man’s shoes and leave him nearly barefoot on a damp pavement? 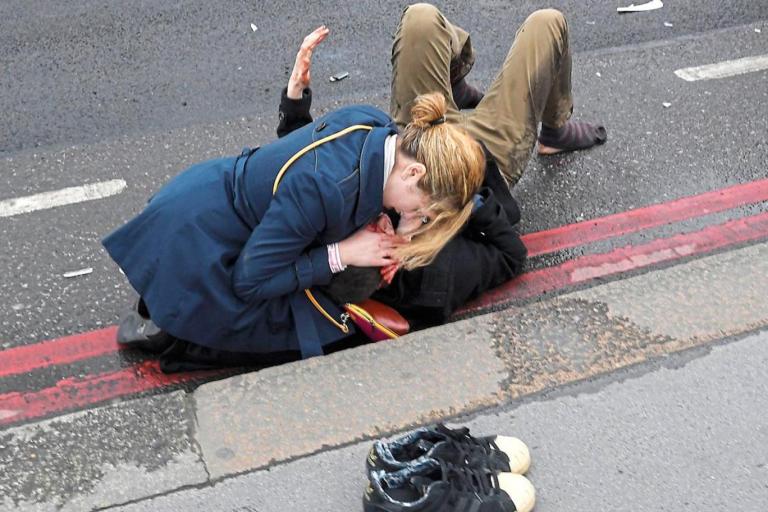 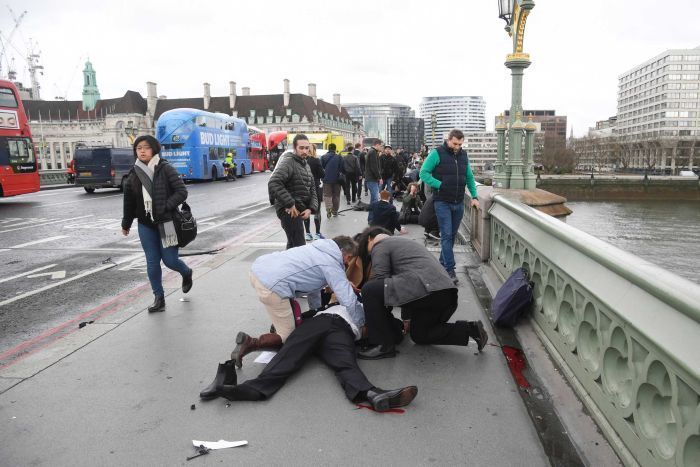 In the Barcelona “terror truck attack,” imagine you are untrained and trying to assist this person. Would you take their shoe off and lay it under a foot where the ankle appears fractured? If so, why? 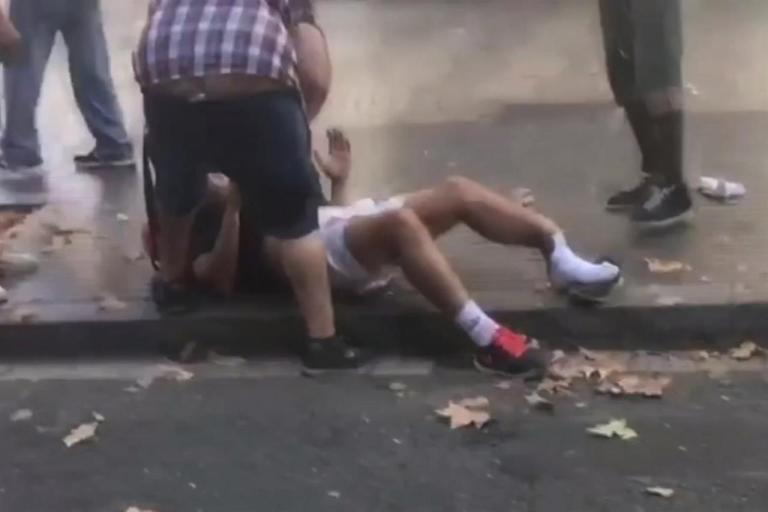 Westminister Bridge: one of the most unnatural photos of a “dead body” ever. How tall is she? Three meters? How did she even get there? And, coming back to our topic at hand, where are her shoes?

Ultra-bizarre indeed. One lone shoe stands on its sole in the middle of London Bridge as “forensic guys” pose. 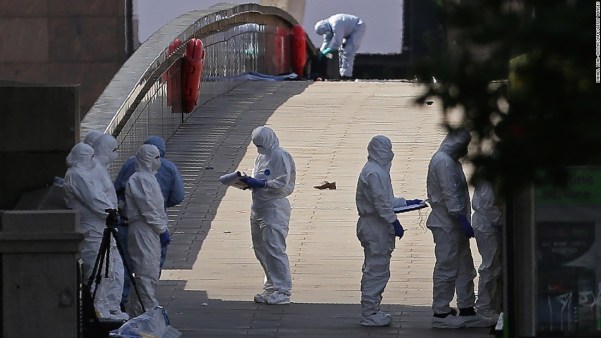 This next image is from a terror attack in Kabul, Afghanistan. 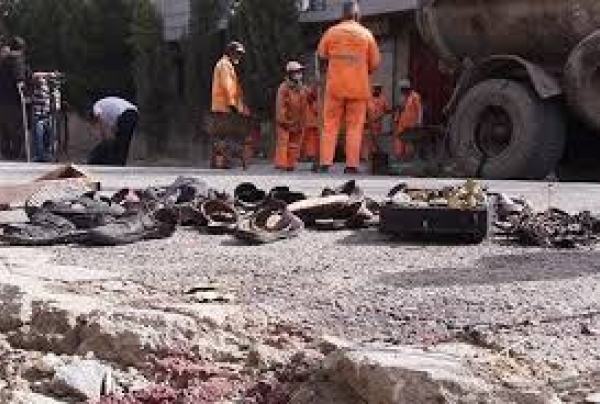 From the aftermath of Las Vegas Harvest Fest automatic weapon event. Why would someone just toss nice boots to the curb? Obviously this is designed for emotional effect. 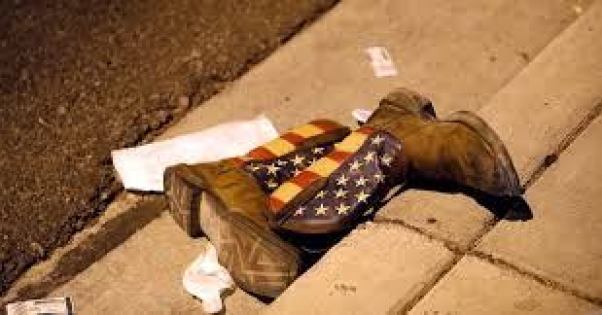 We see lots of Nike brands, including this pair spotted outside the Bataclan theater in Paris after that inexplicable “attack.” This is fall weather as shown by the leaves. The date is November 15, 2015. Who would run out of the theater and just leave their shoes on the curb? Then there is the added emotional effect of a bloody shirt. This is trauma based programming. 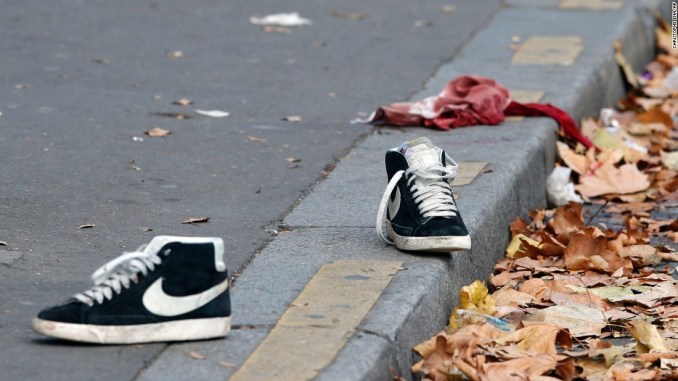 At the Nice truck “attack” in 2016, we see a downed individual with a shoe removed. The loose shoe next to his body doesn’t even match the shoe he is still wearing. And look how enormous and out of proportion the black shoe is. Unless you are emotionally traumatized this scene makes no sense. 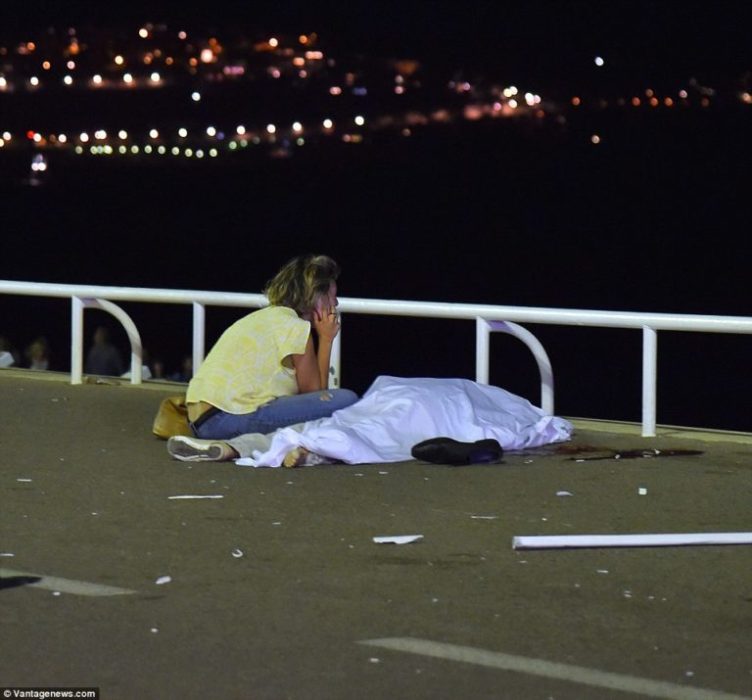 Four loose shoes (circled red) in the iconic photo of the Charlottesville alleged car attack. For those who have never seen how choreographed this was, I have saved the enhanced video clip below. Notice at minute 00:00:55 that the black acrobatic guy in the photo is seen jumping down from the hood of the truck without his right shoe. Also notice at min. 00:03:04 that as the driver of the car reversed and backed down the street, that a shoe astonishingly drops off of the crushed front bumper. I think VERY few people have seen this video, even among my readers. 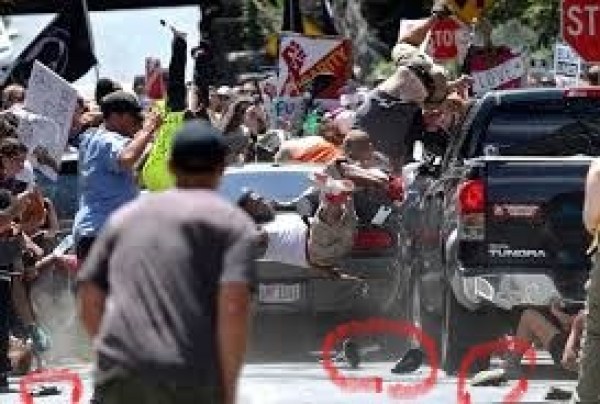 And the 911 Memorial Museum displays — wouldn’t you know it — an assortment of shoes. 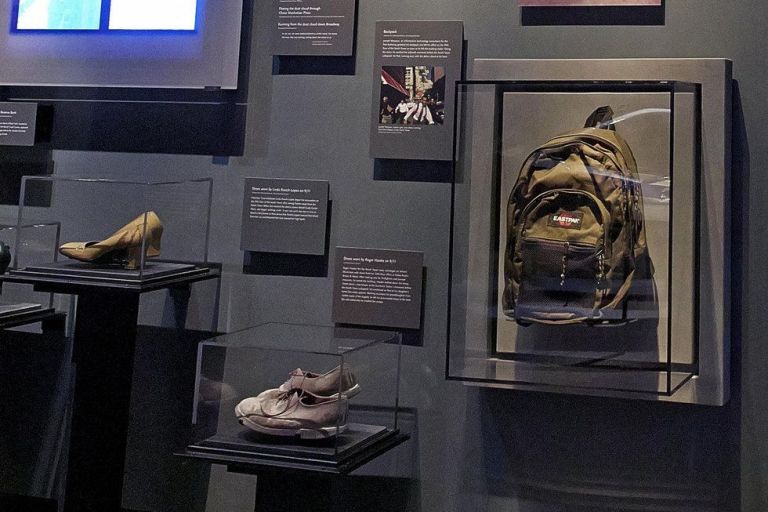 Last but not least, playing it forward: Global activism group Avaaz placed more than 7,000 pairs of shoes on the lawn in front of the U.S. Capitol in Washington, D.C., last March as a symbol of the number of lives lost at the hands of boogeymen since Sandy Hook. 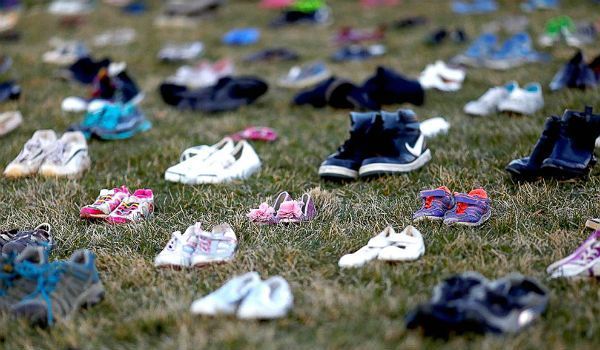